Video: See How This Man Stole N200K From ATM That Got Him Arrested

Wonders they say shall never end. And like most Nigerians say "Wahala be like bicycle", the trouble we see everyday may keep you asking what is really happening in our society. In our society today, we see young vibrant young men with strength and brain. But instead of them to make use of their God given gifts, they would rather use it to perpetrate evils. You will always hear from most Nigerians that the government has failed them, but you will still see those lamenting about the hardship everyone faces, still going extra mile to cause more pains to others.

Luck ran out of a cute young man who is married with a daughter after he carried out his usual operation which he calls "business."

According to Warri Aproko TV on Facebook, a very handsome young man known as King Wiser, also known as Tnation Tnation on Facebook has been apprehended after his nearly successful ATM theft. The young father who has a beautiful wife and a daughter who Warri Aproko TV said stays at Agbarho had stolen an ATM card from someone previously before heading to UBA ATM machine to make the withdrawal. 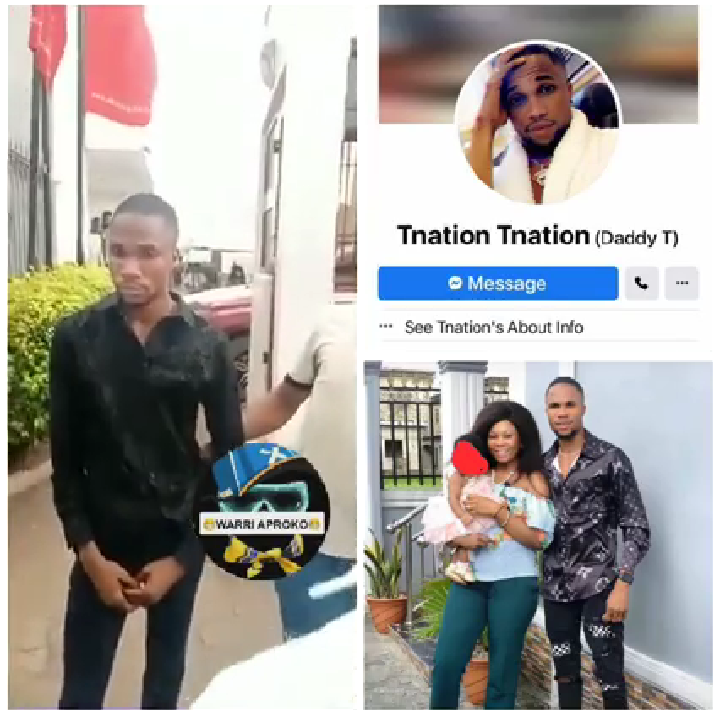 The withdrawal was successful with he couldn't enjoy the money as we was arrested later. Warri Aproko TV shared the video of the young father being interrogated after being arrested at Upper. 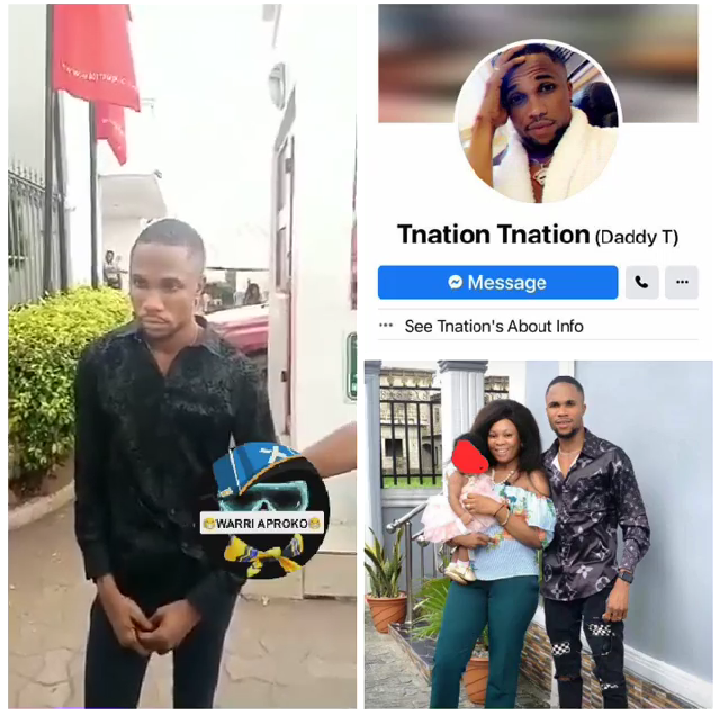 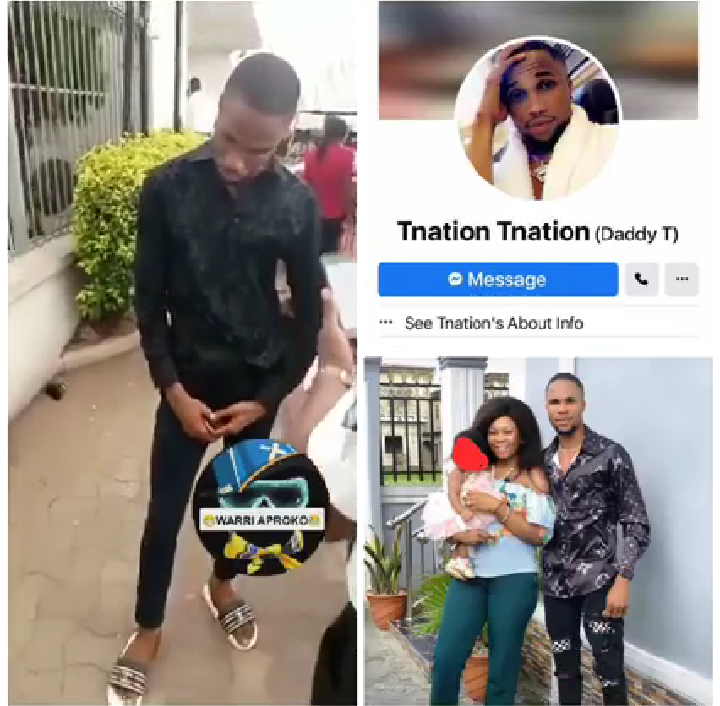 When he was asked about the remaining balance, he said he has used it. He also confessed that he started the "business" not quite long, and he is doing alone. 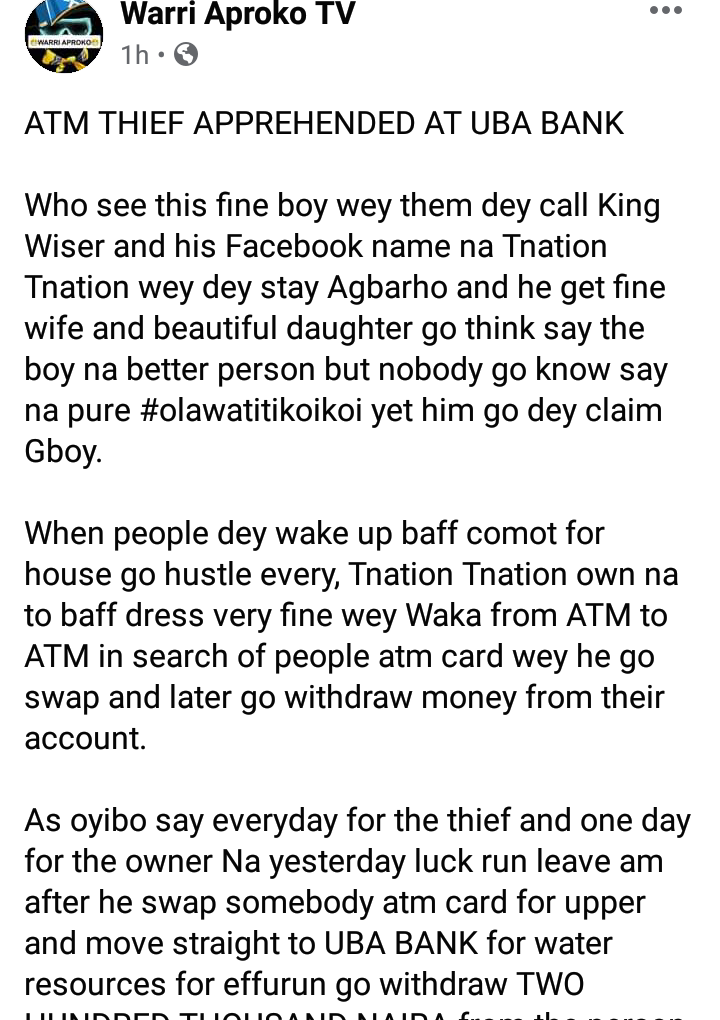 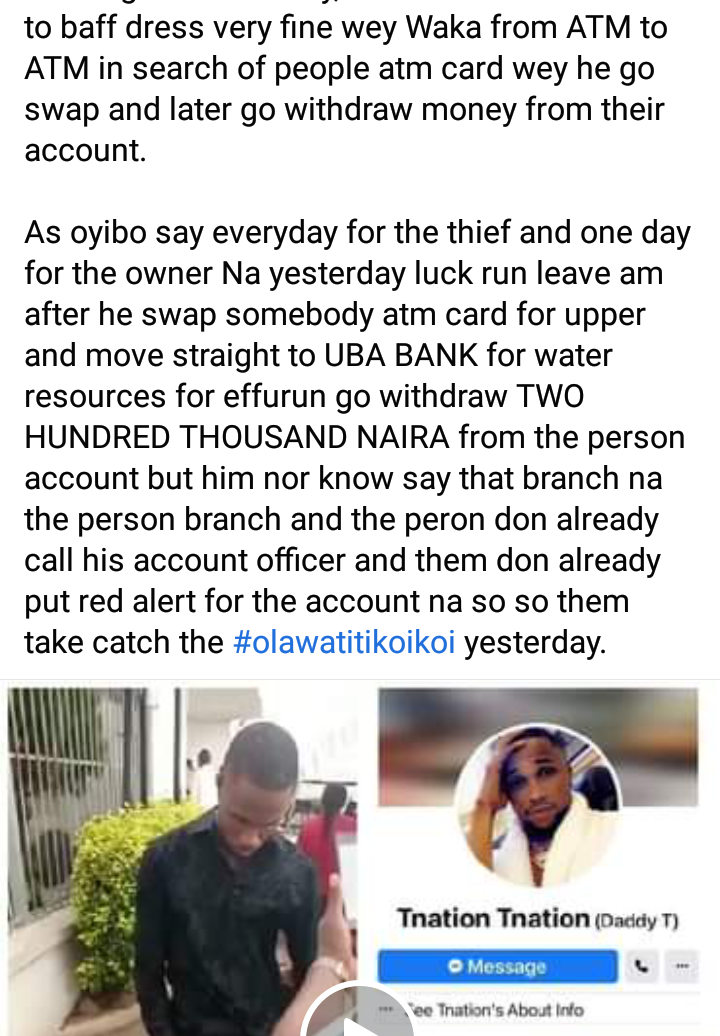 It is high time our people started making use of their God given talents and make themselves useful. What will become the fate of the wife and daughter of this young husband who Warri Aproko TV said claims to be a Gboy?

Why Real madrid may not take part in any European competitions

CBN Adds 50bn For NIRSAL Loan, See How To Apply And Requirements Needed

Do You Know These 7 Celebrities Were Bankers? Check them Out

My Duty is to Make Sure APC Fails, PDP Governor Opens up, Gives Reason