Recently, the Commissioner for information in Anambra State, Don Adinuba, said there had not been a single bank robbery incident in the state for seven and a half years. 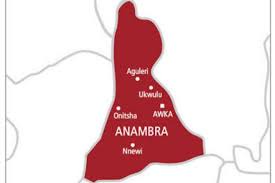 However, aside from the fact that the security situation in Anambra State is unpalatable, the claim by Don Adinuba on bank robbery in the state could be considered to have been exaggerated.

It could be recalled that Anambra State Commissioner for Information, Don Adinuba, while speaking on a programme aired by Arise Television, on Wednesday morning, challenged anyone with a contrary opinion to come forward. He insisted that Anambra State was very safe until the advent of the Anambra gubernatorial poll.

However, Don Adinuba may either have forgotten record of, though, few but not unnoticeable armed robbery attacks in Anambra State or he has, carelessly, exaggerated his claim on the state of security in the state.

Firstly, on July 2, 2017, The Premium Times, in one of its publications, reported that the police arrested two suspected bank robbers in Anambra.

According to the then Divisional Police Officer in charge of Ogidi division, Mark Ijarafu, "A three-man robbery gang at about 1 am on June 24, stormed one of the Union bank branches located at Nkpor. They tied the security man’s hands at his back, cut the iron door with a machine before gaining entrance. Their target was to open the vault and cart away money, but they could not cut the fourth barrier after cutting three others. Although their operation lasted till about 5.00 am, they only made away with a laptop.”

Sincerely, it is quiet unfortunate, imaginary and disturbing for anyone to attempt to establish that bank robbery that took place between 1am and 5am did not occur.

One may continue to wonder, if the Anambra State Commissioner for Information, Don Adinuba, was not aware of this robbery case or he was deliberately hoarding facts when he claimed that Anambra State has not experienced any bank robbery attack for the past seven and a half years.