By FocusNGR (self media writer) | 9 months ago

Just recently, a suspected member of a kidnap gang has confessed to the abduction and killing of Osondu Nwachukwu, a businessman who operated a sachet water factory in Lafia Nasarawa state, on the directives of an Igbo Man who contracted the gang for the job. 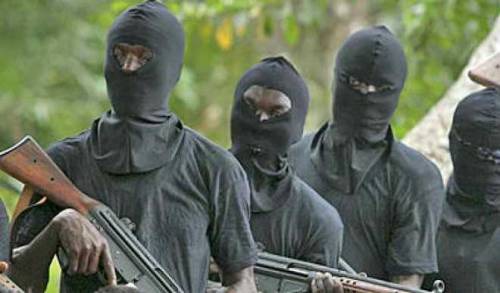 They Kidnapped Mr. Nwachukwu around 30 November 2019 but it was around March 11 that one of the gang members, Bello Mohammed was arrested after thorough investigation by the police on the incident following the report they received.

Bello Mohammed, the suspected gang member who was arrested confessed that an Igbo Man had contracted him and other gang members for the job while describing Mr. Nwachukwu as a very rich but stingy businessman. He had also assured them that the late Nwachukwu would pay not less than N10 million as ransom because he was very rich.

The suspect, Bello Mohammed further said that the unnamed Igbo Man was also the one who gave them directives on how to kidnap Mr. Nwachukwu as he told them when he gets home from work and where to wait for him and Kidnap him without stress.

Eventually, they did as they were directed and Kidnapped the man. They called his wife back home to pay the sum of N5 million for her husband to be released but she bargained at N40,000.

Bello now said that when they called the Igbo Man who contracted them for the job and told him what the man's wife was bargaining, he was angry and insisted that there was money but the man's wife is stingy.

Unfortunately the man heard the voice of the Igbo Man on phone and recognized who it was and then they were directed to kill him.

That was how they killed the businessman, butchered his body parts and tried to dump the sack where they packed his body, in a bush around Bukan Koto area along Makurdi Maraba-Ankunza Road but were caught by men going to pray at the mosque nearby. They abandoned the sack and ran away.

It was those men that reported to the Police after the saw what was in the sack.