By Newslove (self meida writer) | 26 days

A clearing agent in Lagos State has giving a clear picture of what happened between him and a customs officer who shot him in the leg sometime this year. It's really a troubling story to hear but it's actually not surprising. This is not the first time a security personnel in the country would shoot a armless man.

The media felt the need to ask the Clearing Agent if the Custom Officer intentionally made that attempt on his life. He said: "Yes, he shot me intentionally, it wasn’t an accidental discharge". According to him, he questioned the officer when he was first shot and the officer showed no remorse. That shows the attempt was an intentional rather than accidental.

The victim further stated that he tried to move away from the place to seek the attention of people as he needed urgent intervention. He said: "The Customs officer didn’t allow anybody to carry me. I stopped a bike man; he slapped the bike man and sent him away, saying he would make sure I died there; he would put me in their van and give me water so that I would die. In the process, my boss called my phone and said, “I heard a gunshot there. Please, be very careful.” Then I told him I was the person who was shot. Immediately I said that, the officer collected my phone and put it in his pocket. There was a guy, Monday, that stood by me and wanted to carry me but he was beaten. The guy still carried me while they continued to beat him. But the officer that shot me held me by my clothes and threw me into the gutter".

Eventually, another set of security personnel walked to the scene and instructed the officer to let him go. He doesn't even seem like he would make it alive if he's allowed to leave anyways. The injured man managed to crawl to the other side of the road where he finally got helped by a bikeman who took him to the hospital. 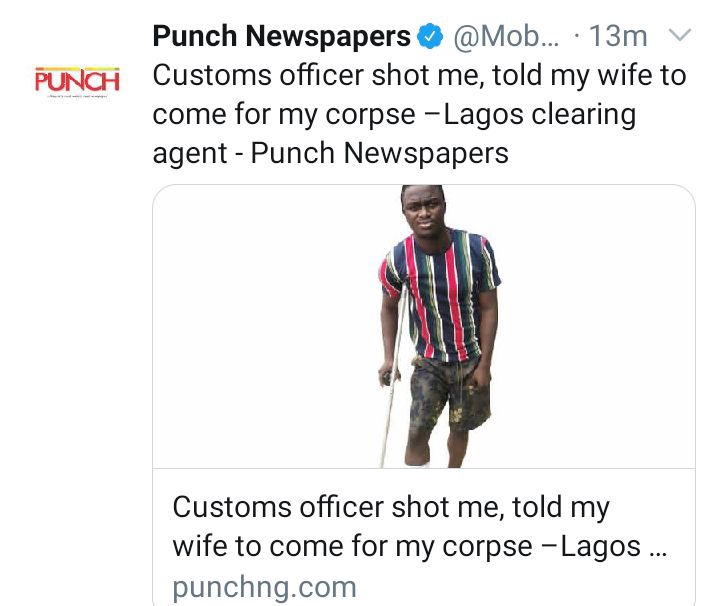 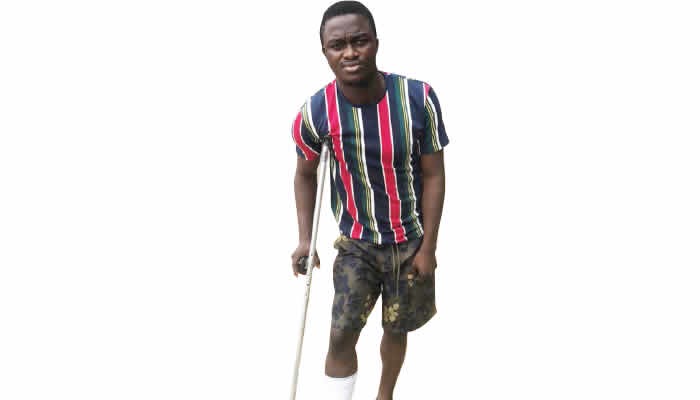 Tailors, Check Out Fashionable Styles That You Can Design With Lace Applique