Video: Mixed Reactions As Man Claimed Soldiers Damaged His Car Because They Saw A Biafran Flag In It

A video of a man who narrated how some men in the Nigerian Army Uniform battered and damaged his car because they saw a Biafran flag glued to the inner part of his front windscreen has been released on a social media platform. 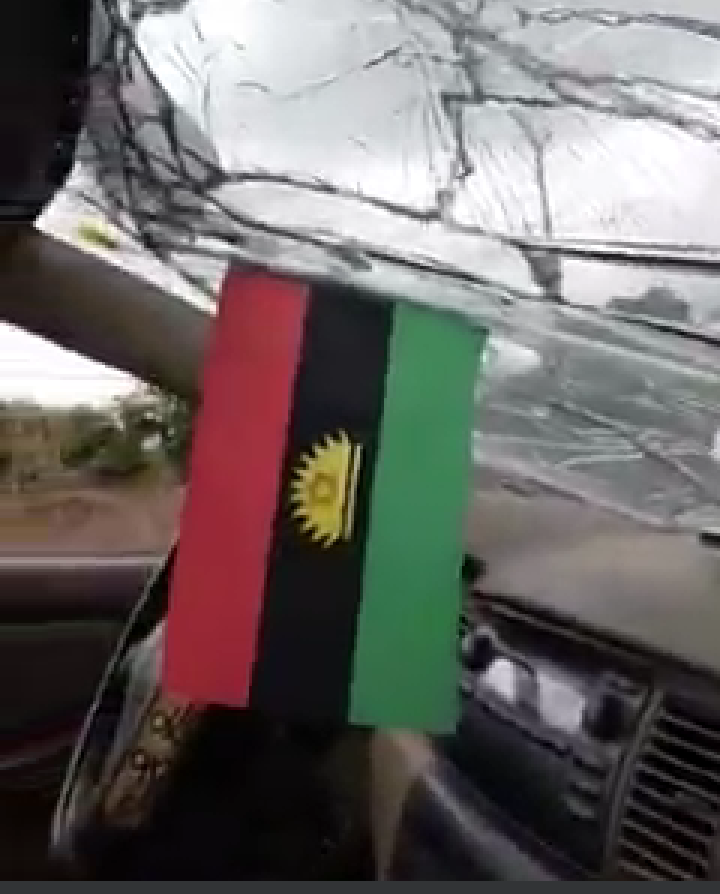 The man who was driving a red Toyota Corolla saloon car said he was accosted by men of the Nigerian Army who were in a patrol van. He was flagged down and he obeyed. In the course of questioning him, they sighted a small flag which he glued to his windscreen to show allegiance to the struggle for the Biafran Republic being clamoured for by the south eastern states of the federation.

Narrating further in the video, the man said the sight of the Biafran flag and newspapers irked these soldiers. They asked him what the flag was about and he answered them that they understand what the flag meant. This got them annoyed and they resulted to damaging his car. See the pictures below. 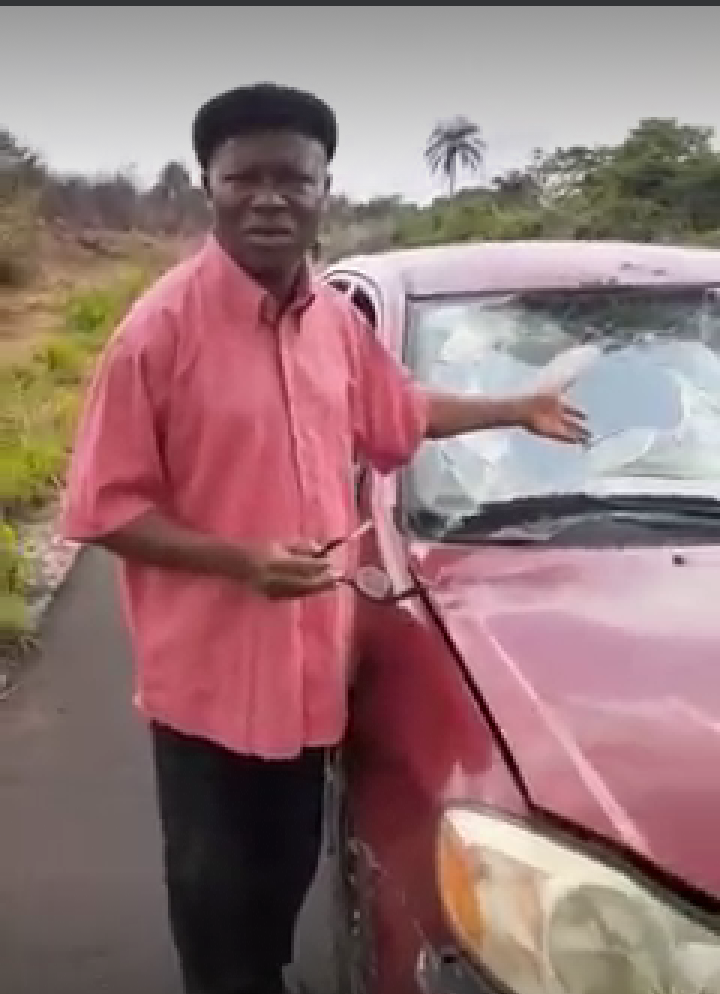 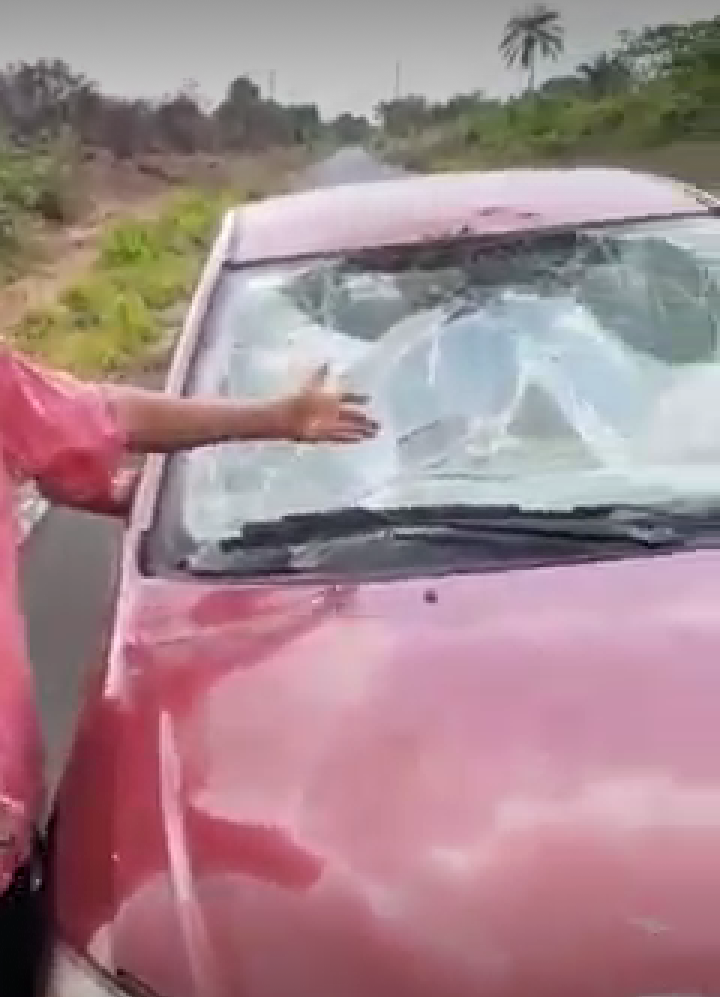 The narrator said the soldiers told him he was lucky that he would have been killed if he was not a lawyer. This was because they saw a Nigerian Bar Association (NBA) sticker affixed on his car.

As usual, reactions have continued to trail the video since it was uploaded. Even as many condemned the actions of the soldiers, others felt the lawyer got what hr deserved as flying the Biafran flag was erroneous on his part. And being a lawyer, he was supposed to know better that carry newspapers produced by a proscribed group and also paying allegiance by having the flag in his car was totally wrong.

See some of the reactions below. 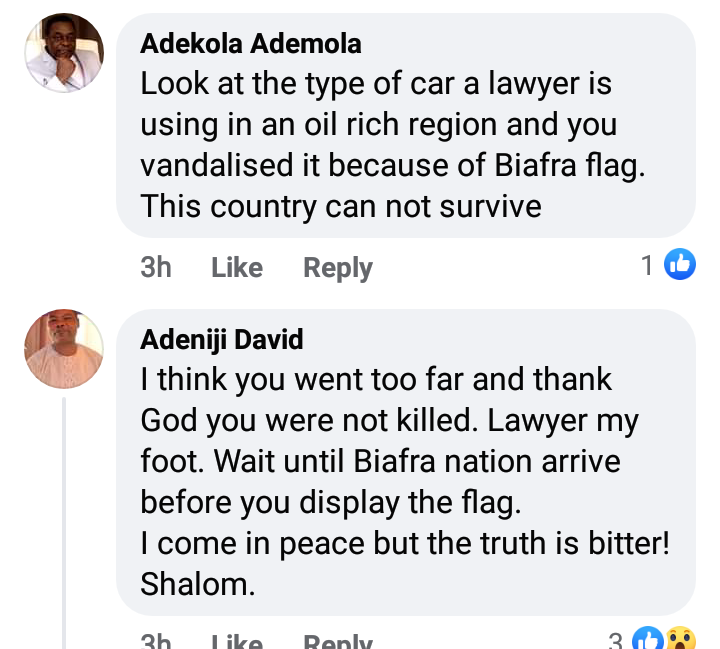 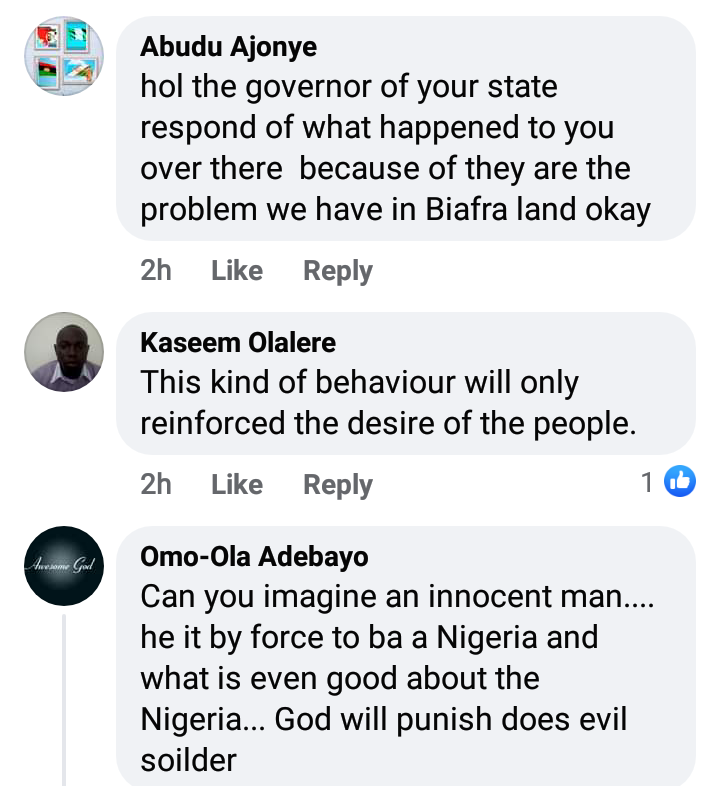 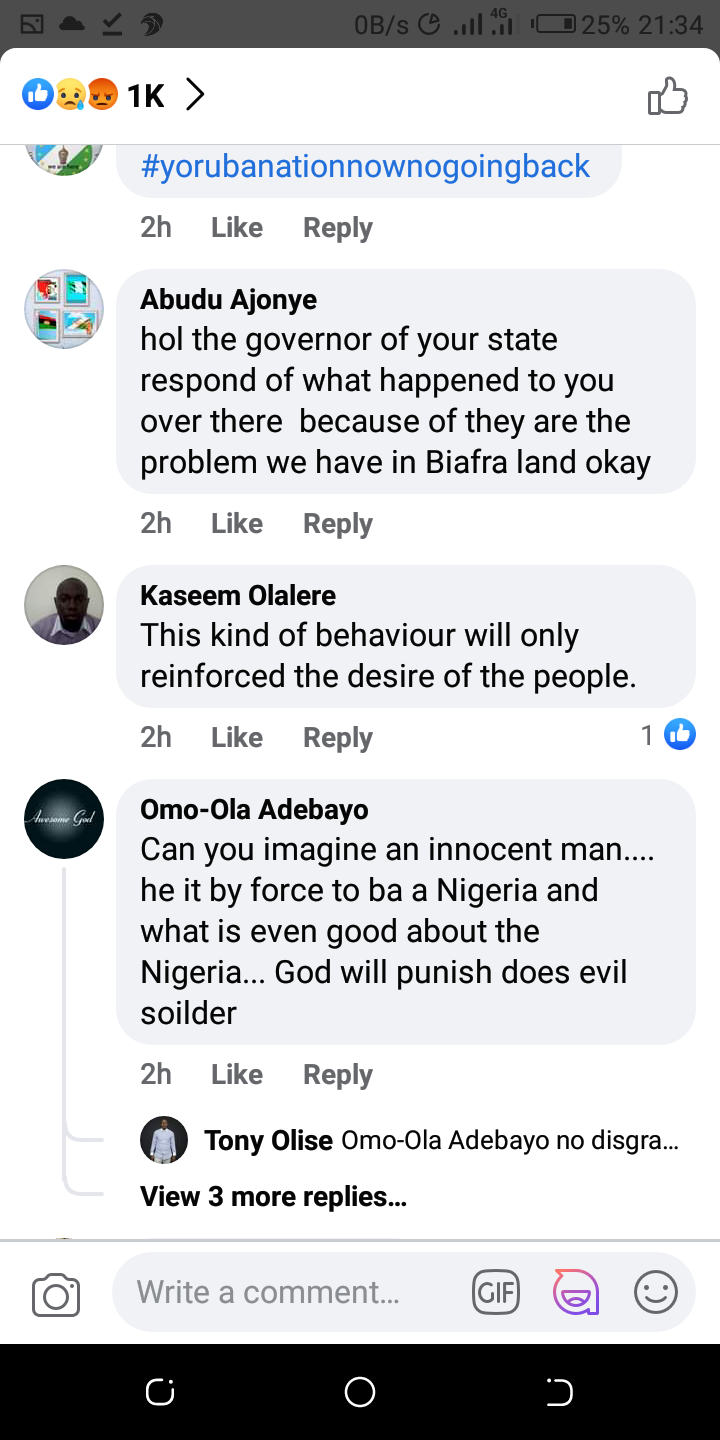 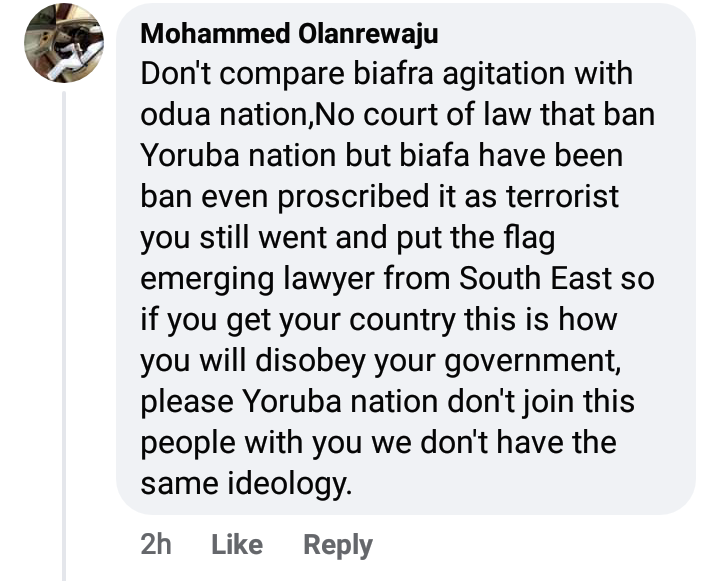 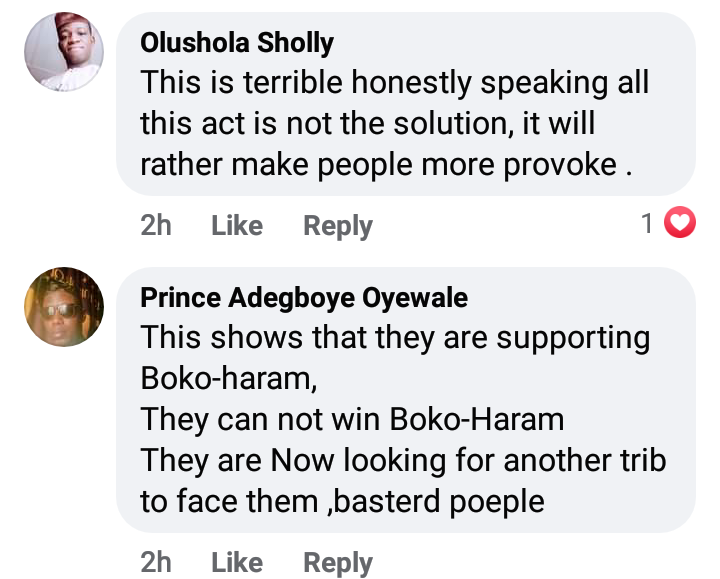 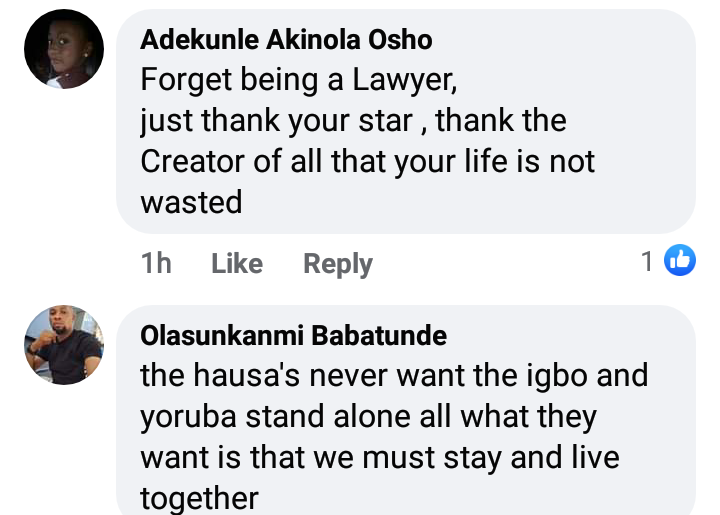 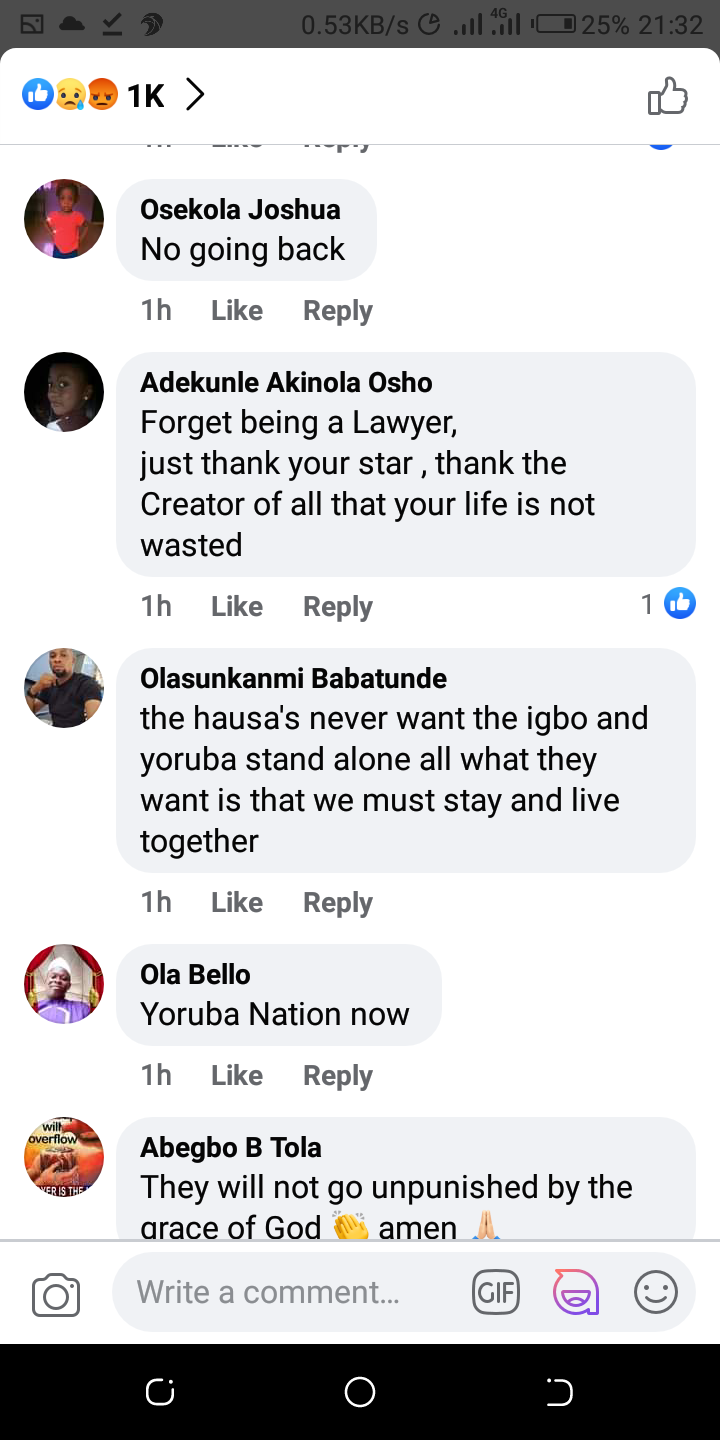 In as much as the IPOB is yet to be actualized, these inhuman treatments meted on her citizens call for urgent attention. It is time this issue is handled with the much tact, professionalism, spirit of oneness and fairness it so deserves. This constant harassment is getting too far, to be candid.

Just last week, a staunch leader of the Eastern Security Network, the security wing of the Biafran Republic was killed by security operatives who had been engaging the group for a while. The ESN, though not duly recognized like the one operating in the south west (Amotekun) has been in forefronts of campaigns against the activities of killer herdsmen in the south east. 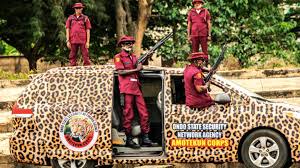 It is needful to preach oneness and if the country is to be split to the various groups or sects calling for secession, it should done amicably.