I Put Oil In Her Private Part Because She Came For Deliverance, I Did Not Mean To Harm Her— Pastor

The Edo State Police Command has arrested one pastor Jeffery Ihievu, for indecent assault after he allegedly put an anointing oil in a pregnant woman private part which led to abortion of her pregnancy. Linda Ikeji Blog reported that Pastor Jeffery is the presiding pastor of Assemblies of God Church located in Esan East Local Government Area of Edo State. His arrest followed a complaint filed by the woman's husband who accused the pastor of terminating his wife's pregnancy.

According to police sources, the woman had gone to the pastor for deliverance over some bad dreams she has been experiencing since she became pregnant. Pastor Jeffery however told her that she needs a form of deliverance that require putting an anointing oil in her private part as well as some parts of her body. The woman agreed with his saying and did what he requested from her.

Trouble started when the woman stopped feeling the kicking of her baby and reported the situation to her husband. The outraged husband led a group of handlooms to the pastor's house and attacked him before reporting the matter to the police for investigation.

While speaking with newsmen, Pastor Jeffery stated that he used the anointing oil on the woman for deliverance purpose only, but he did not mean to harm her in any way or abort her pregnancy. 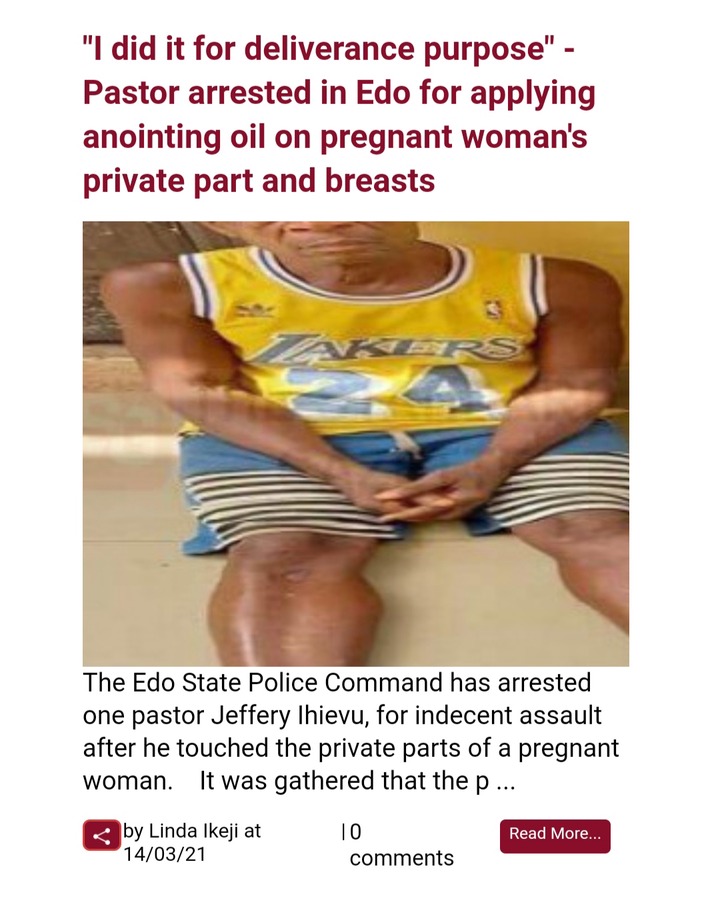 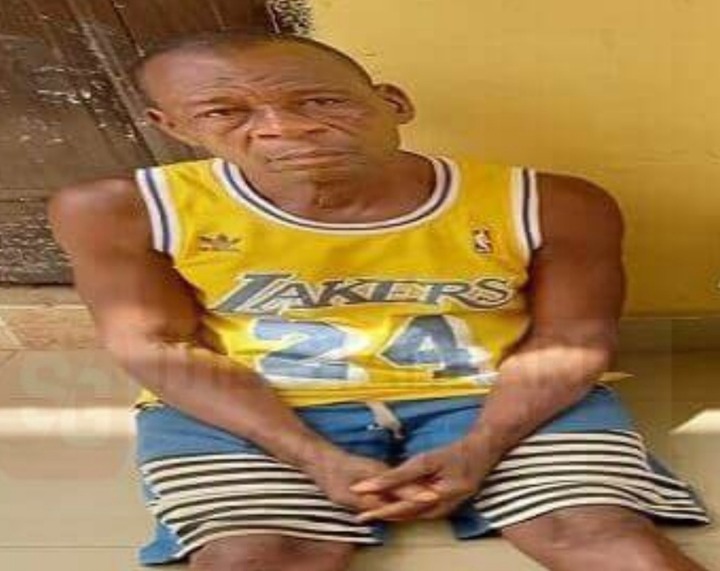