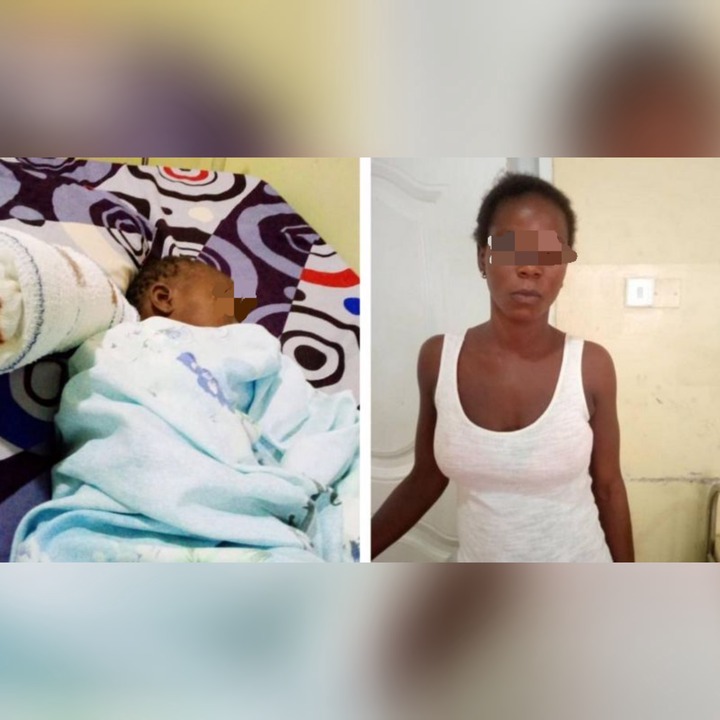 The mother of the seven-month-old baby who was allegedly hit by the police stray bullet in Makurdi, Benue State capital has broken her silence as her baby continues to battle for her life.

According to BBC pidgin, the baby, Nadoo Hamgba got hit by a bullet during a routine patrol by the anti-robbery squad of Benue State Police Command at Tiamen Village near the international market.

The squad was said to have started shooting after they stormed the area and discovered that some guys were trying to escape on sighting them, an eyewitness maintained.

But unfortunately, during the shooting, the baby got hit by a stray bullet while her mother and others were running to safety. The bullet reportedly shattered the bones in the baby's right palms and fingers, making her feel much pain even though doctors have stitched her hand to ensure that it doesn't fall off.

Giving an update, the mother revealed that since the police paid 200k at the hospital to facilitate the baby's treatment, they have yet to show up, and life has been pretty difficult for the baby who is battling for her life. The baby can't feed on anything, including breast, due to severe pain.

The mother further revealed that things have been hard on her and her other kids as they barely feed themselves too because she had to pay the hospital every day for the baby's treatment, and this has affected her finances badly because her petty business can only take care of a few things.

I pray that the baby survives and I hope that needed help will locate the mother and her family.