By Simonile (self meida writer) | 1 months

After police tried to crack down on the Yoruba nationalist, Sunday Adeyemo popularly known as Sunday Igboho, many people have came out in support of him.

Among them is prominent lawyer Mike Ozekhome (SAN), who has also urged Igboho to obtain a court order to prevent the police from arresting him. 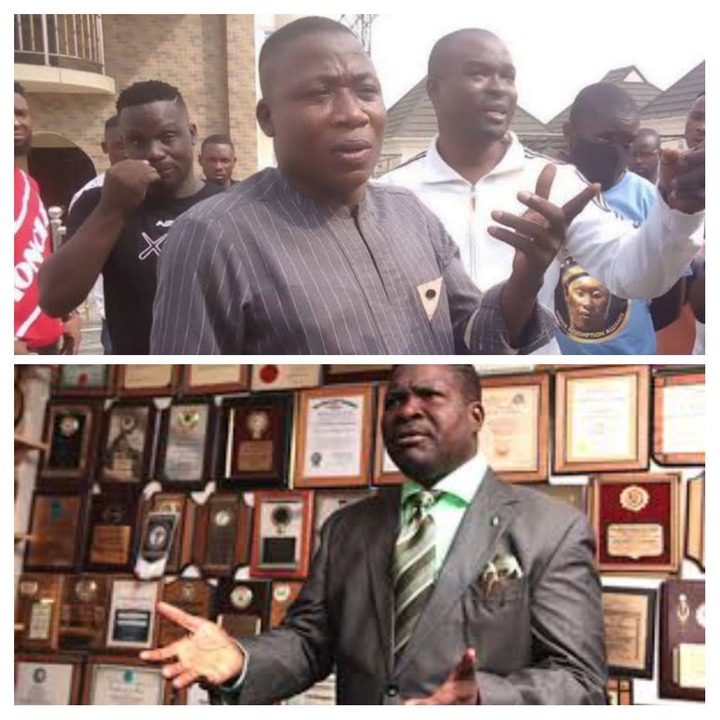 Ozekhome made the remarks in a statement issued on Tuesday, in which he denounced the efforts of law enforcement officers to seize Igboho in Ibadan.

You have the legal right to ask for a court order, so that you can no longer be harassed by the police or security forces, Ozekhime said.

The court will give Igboho such an order because, there is no conclusive evidence that he did something illegal.

The attorney general said law enforcement could send for Igboho, if they had strong evidence that he had broken the law.

A Minnesota based group has warned that people should not walk in Igboho, because it speaks out against criminals who are committing crimes in Yorubaland.

The group's president Pastor Goke Odujole, said it would be a big mistake for the government to arrest Igboho.

He says Igboho represents the Yoruba people, not that he is ruining his own work with what he is doing.

Many Yoruba people are unhappy with the recent sexual harassment, abduction and rape in Yorubaland, said Odujole.

He said if the government could take over Igboho, many more youths than Igboho would rise again.

Check Out Mixed Reactions As Pretty Lady Asks If Sexual Intercourse Is Necessary In Relationships.

Check Out These Beautiful Traditional Attires For 2021 Brides

Opinion: Dear Men, Checkout One Thing You'll Benefit If You Get Married To A Caterer