By SharlysBlog (self meida writer) | 1 months

A Nigerian man has been arrested by the police in Johannesburg, South Africa and has need charged with the possession and dealing in drugs to school children in the area. 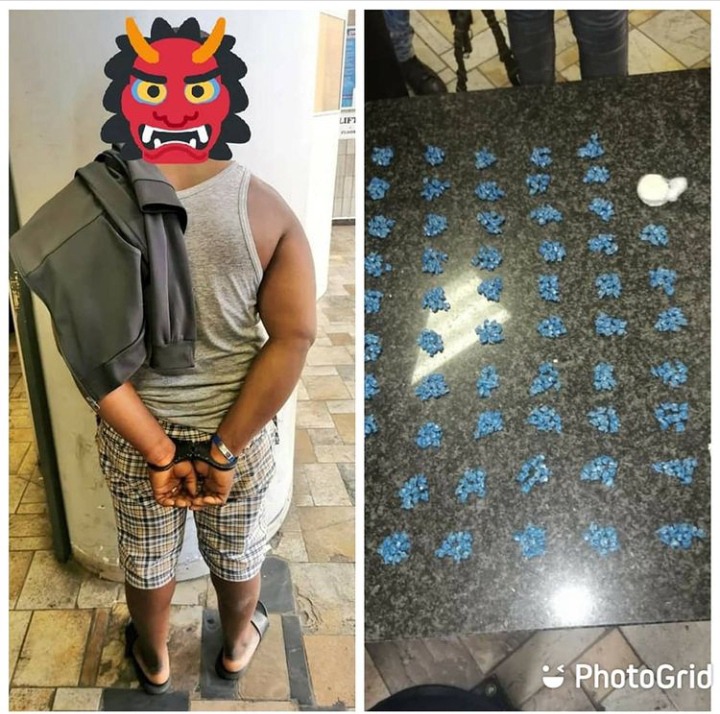 The man appeared in Hillbrow magistrate's court on Monday, April 12th after drugs found on him and in his home were confiscated.

Wayne Minaar, the spokesperson of the Johannesburg metro police department, said that the suspect was arrested at a flat in Hillbrow on Friday, April 9. He added that a security camera had captured the man selling drugs to school children by the road side, and when he was accosted, he swallowed up the drugs.

The officers arrested him and led him to his flat where 570 packets of drugs were found, the drugs were allegedly being sold to children at R30 per packet.

The suspect is now in police custody and is being charged with possession of drugs and dealing in drugs. 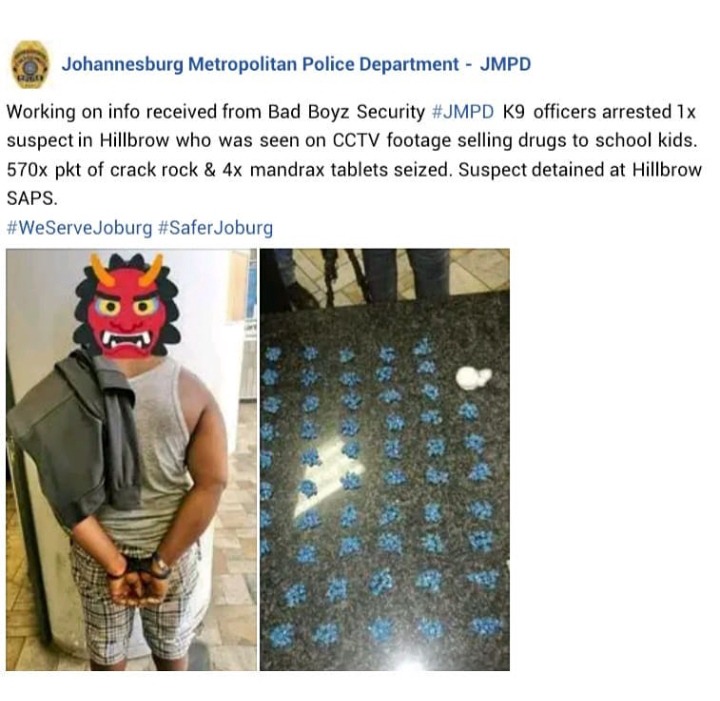 Content created and supplied by: SharlysBlog (via Opera News )