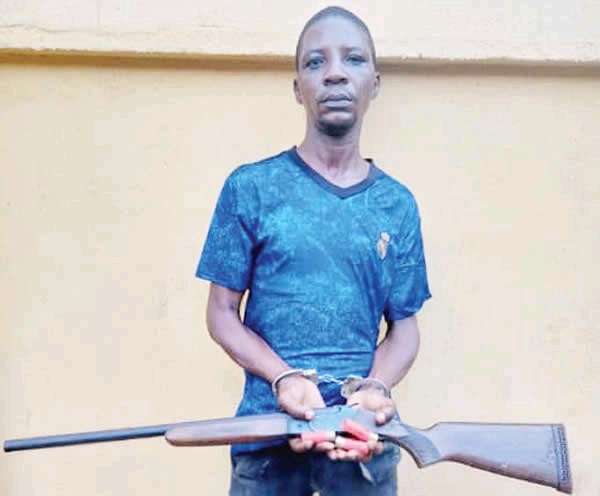 The level of insecurity in the society today is alarming. Crime has become the order of the day. In order to complement the efforts of security agents to curb crime and protect lives and property of the people local vigilante groups are being formed in that regard.

A vigilante group member in Lagos State has who is supposed to be complementing the role of the security agents has shot one Musa Yahaya to dead. The vigilante group member Lukman Rasak who is 30 years old mistook the deceased to armed robber when he was passing by in Ijora area of Lagos State. Lukman shot him In the chest. The deceased Yahaya is 28 year old young man.

The spokesman of police in the state CSP Olumuyima Adejobi has confirmed the incident. According to the Instablog9ja news the the man was shot in the chest by the vigilante group man thinking that he was an armed robber. The man was rushed to hospital but he was confirmed dead. According to the more information gotten, the police was alerted and they raced to the scene, arrested the man who shot the passerby and recovered his gun with some cartridges.

Meanwhile the suspect who is the vigilante said that he shot him under a mistake he was an armed robber.

Having been arrested by police the investigation will be carried out to unravel what led to the killing of Yahaya. 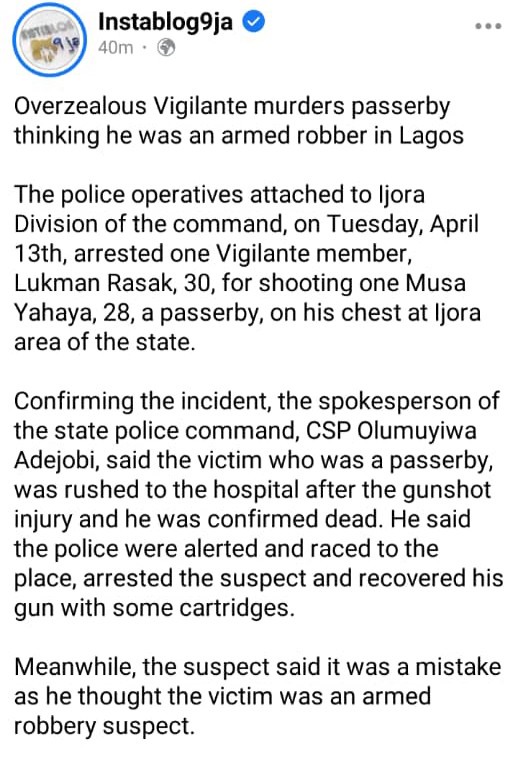 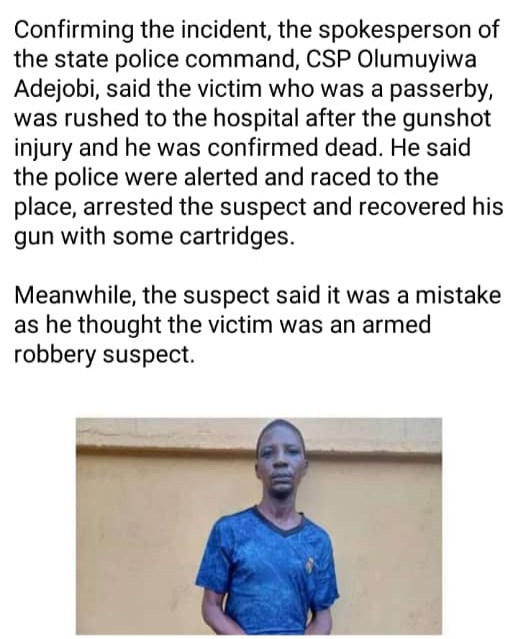 Money Heist returns this summer, see the real-life partners of the professor and key cast members