By Christog (self media writer) | 21 days ago

The police command in Enugu has confirmed the killing of two operatives of the Neighbourhood Watch Group in Ogurute in Enugu-Ezike. The command’s spokesman, Daniel Ndukwe, who confirmed the incident, said three persons had been arrested for the killing.

Mr Ndukwe disclosed that some hoodlums attacked operatives of the group at the Ogurute outpost in the wee hours of Tuesday and also set their office and patrol vehicles ablaze.

President Muhammadu Buhari has written the Senate, seeking the consideration and subsequent approval of a revised 2022-2024 Medium Term Fiscal Framework, and Fiscal Strategy Paper, FSP that will push the Federal Government’s expected expenditure for 2022 from the earlier approved N13.98 trillion to N16.45 trillion. 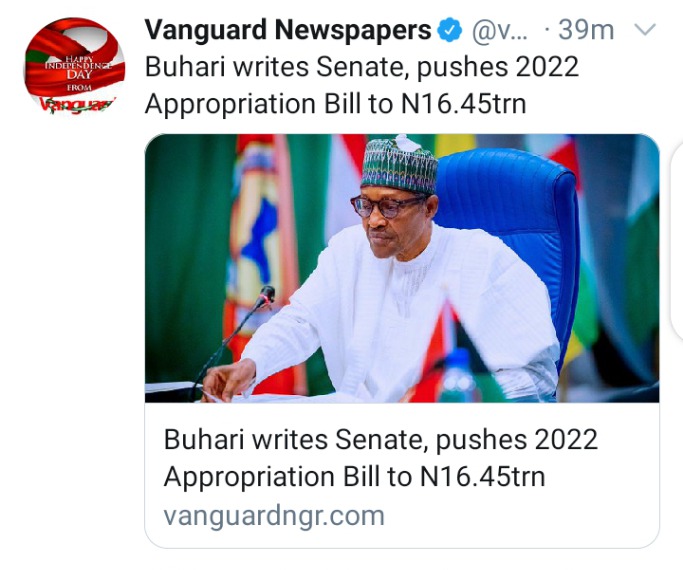 The President in letter to the Senate, dated October 4, 2021 and read during plenary by the Deputy President of the Senate, Senator Ovie Omo Agege explained that the revision was necessitated by the need to reflect the new fiscal terms in the Petroleum Industry Act, 2021.

Twenty-two players were at the Super Eagles camp in Lagos by Tuesday ahead of their 2022 FIFA World Cup African qualifiers day three encounter against the Central African Republic, CAR. 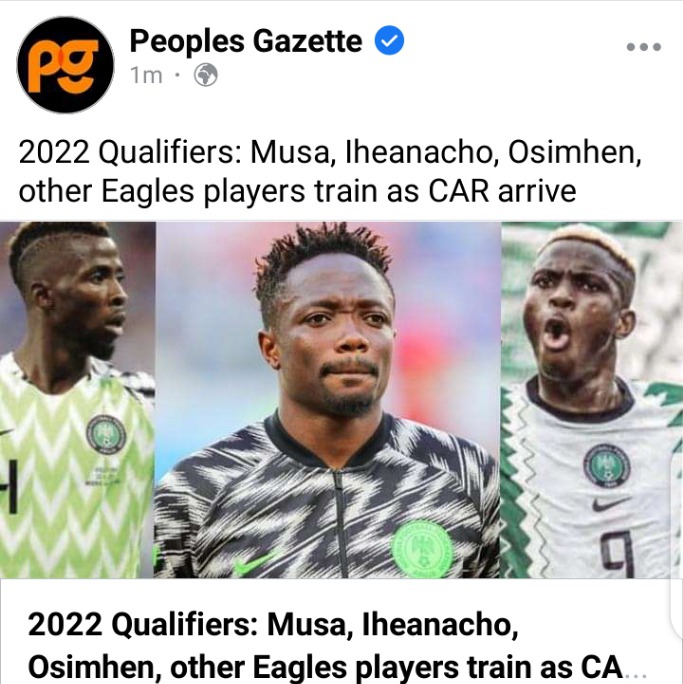 Ademola Olajire, Director of Communications at the Nigeria Football Federation (NFF), said in a statement on Tuesday that only Netherlands-based goalkeeper Maduka Okoye was expected after 23 were invited.

Thursday’s encounter at the Teslim Balogun Stadium will kick off at 5:00 p.m.