By Gisting (self meida writer) | 19 days 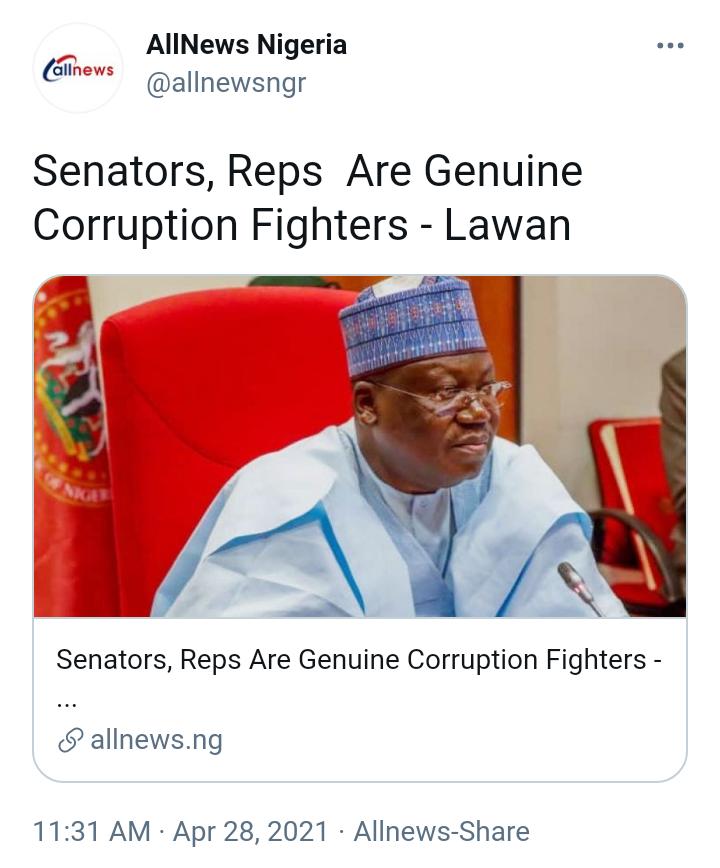 Nigeria Senate President, Ahmad Lawan on Tuesday said Senators and members of the House of Representatives are the most genuine fighters of corruption in Nigeria. 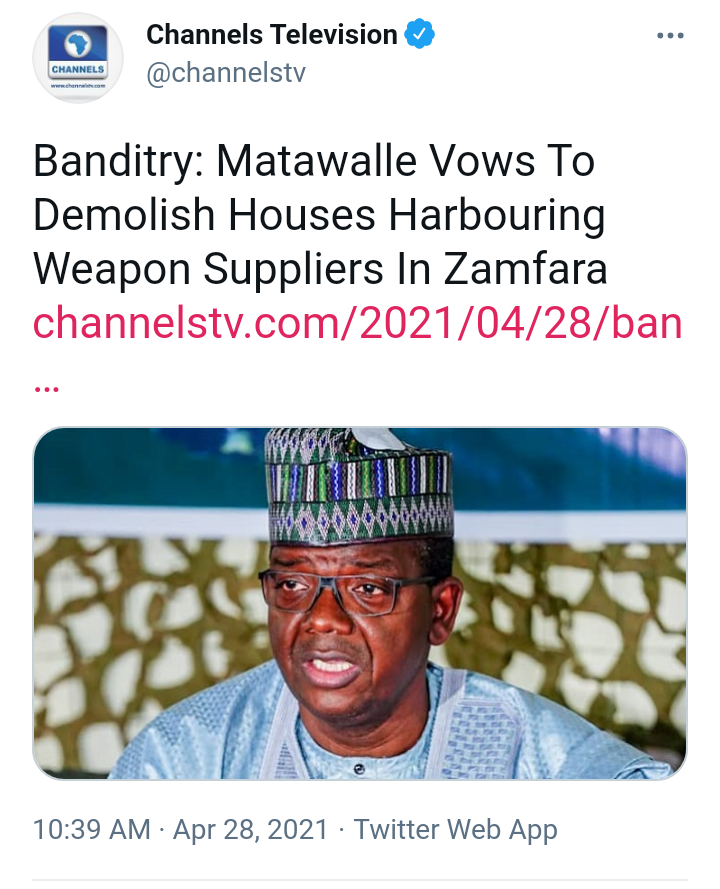 The Zamfara State Governor, Bello Matawalle, has vowed to demolish any house that is harbouring weapons suppliers or informants.

The Governor disclosed this on Tuesday when he received the Sokoto state governor, Hon. Aminu Waziri Tambuwal along with his Council members who came to commiserate with the government and people over the recent bandit’s attack in some parts of the state.

Matawalle said he has instructed for serious punitive measures including the demolition of any house where informants, weapons suppliers, and people who are aiding banditry activities are arrested in the state with immediate effect. 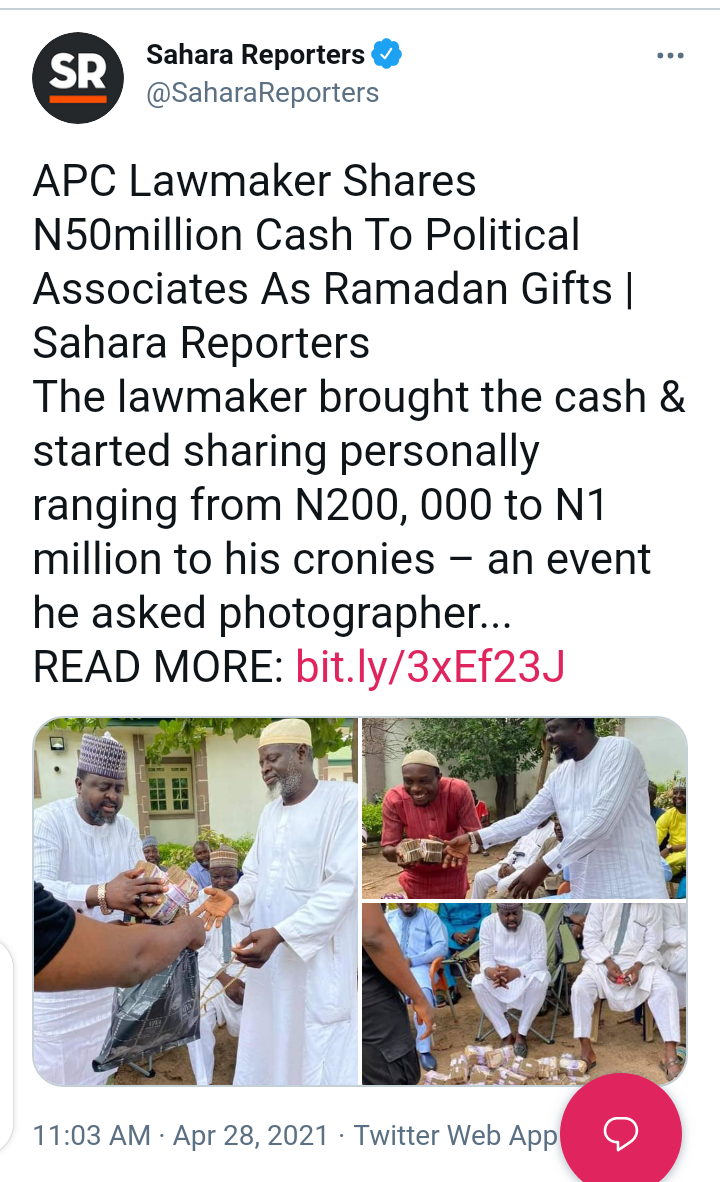 A member of the House of Representatives representing Suleja /Tafa And Gurara federal constituency, Abubakar Lado Suleja, has shared N50 million cash among his political associates and friends as Ramadan gifts.

SaharaReporters learnt that the All Progressives Congress lawmaker shared the money on Tuesday and it was received by his group of friends, with no defined economic objective or empowerment goals.

The lawmaker brought the cash sums and started sharing personally ranging from N200, 000 to N1 million to his cronies – an event he asked photographers to capture for him. 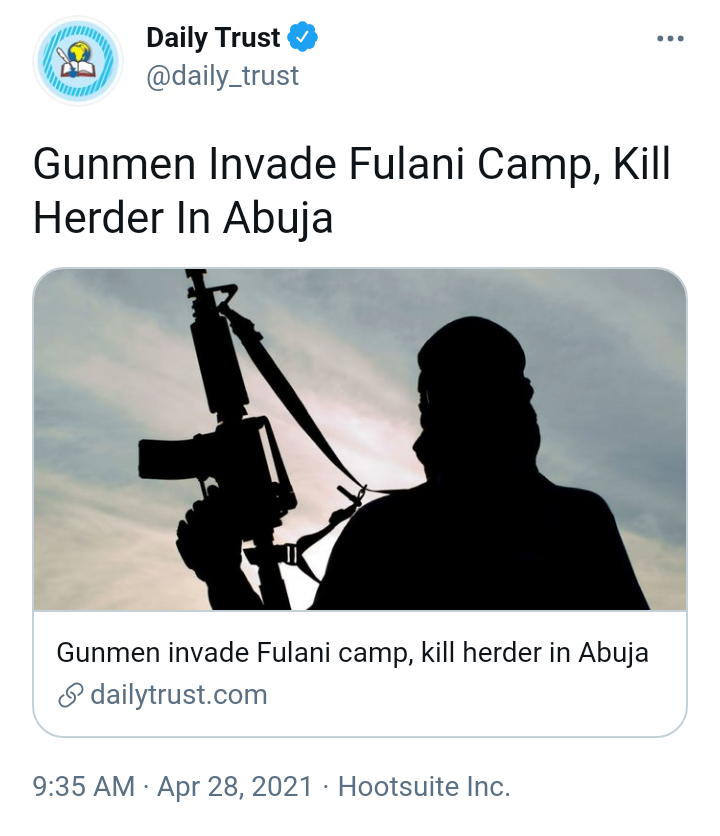 Gunmen suspected to be assassins have invaded a Fulani settlement and shot dead a 30-year-old man, Abdulmumin Jagaba, near Sabon-Gari village in Kwali Area Council in the FCT.

A resident of the community said the incident happened around 11 pm on Monday, when the gunmen invaded the settlement and opened fire on the deceased.

He said the assassins shot Jagaba on the forehead and fled immediately.

He added that members of the vigilante in Gada-Biyu were alerted and they mobilised to the scene but the assailants had already left.

"Nigeria Is Boiling" - Chukwuma To Buhari 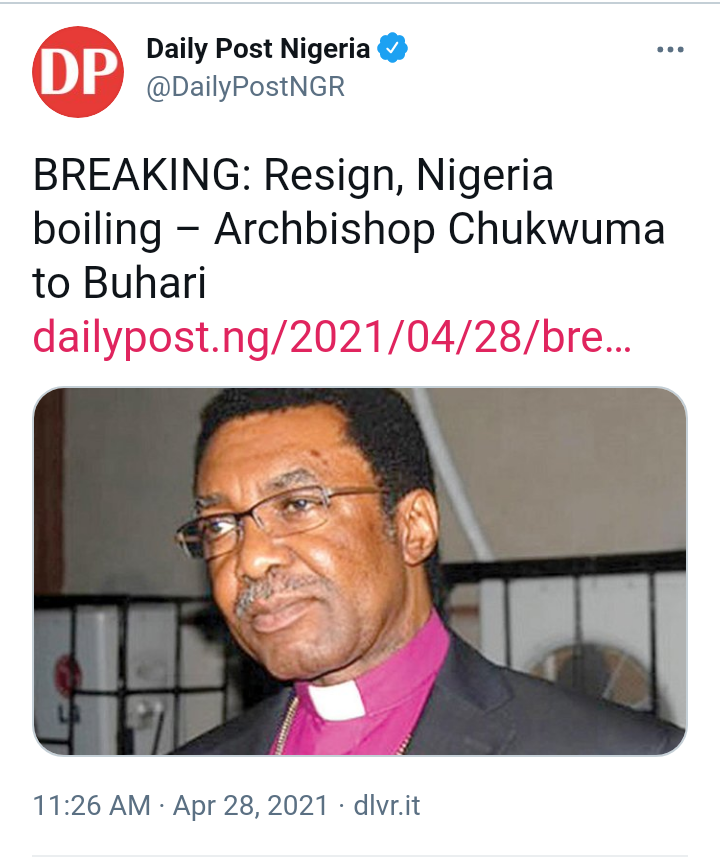 The Archbishop of Enugu Eccleciastical Province, Anglican Communion, Most Rev. Emmanuel Chukwuma, on Wednesday, asked the administration of President Muhammadu Buhari to leave the Government.

Archbishop Chukwuma, at a press briefing to mark his 31st Episcopal ordination, said Buhari Government should step aside if it cannot pull the country out of the present security quagmire.

He said Nigerians had lost total confidence in Buhari’s administration and for that he should consider stepping aside to avoid pushing the country into a coup situation. 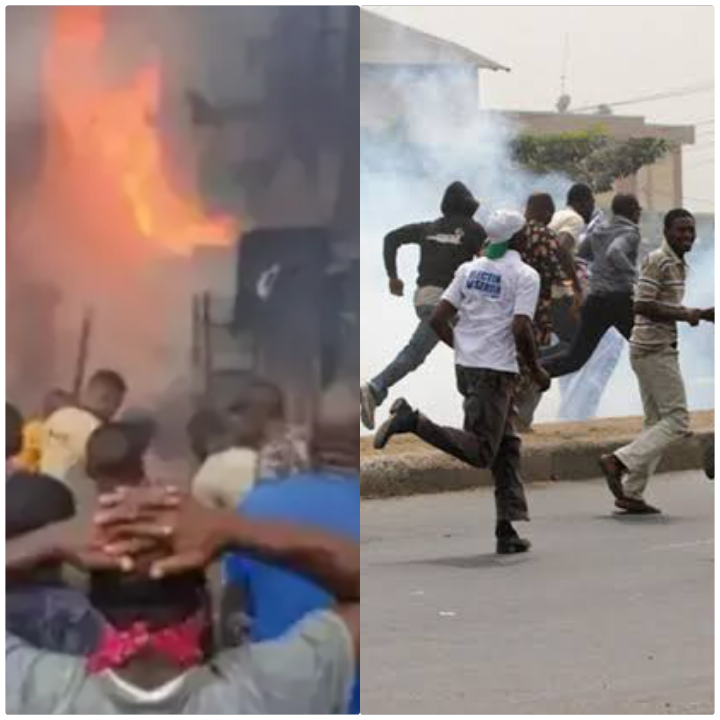 What's your thought on Chukwuma's statement?