By Joestykz (self media writer) | 11 months ago 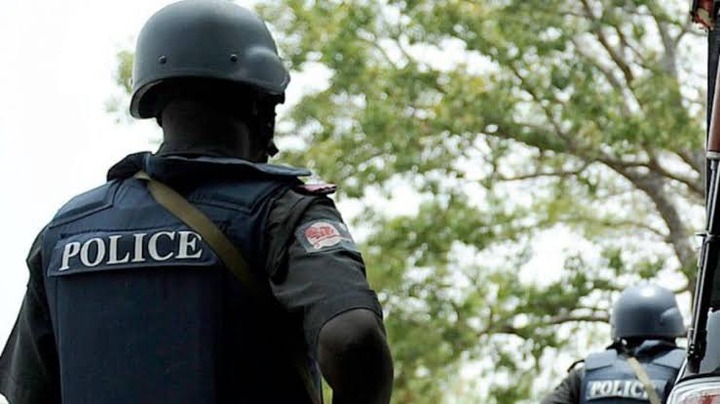 Report from Daily Post gathered that the Police Command in Imo State said it recovered a 46-year-old kidnap victim, Uzondu Kaka, after attacking a tick forest in Ehime-Mbano Local Government Area (LGA) of the state.

The spokesman for the police Command, CSP Mike Abattam, who gathered this in a statement in Owerri on Tuesday, said the agencies killed one of the suspected kidnappers during a gun duel, as one of the security operatives who was injured during the operation was receiving medical attention.

Daily Post gathered that Mr Kaka was abducted in front of his residence at Umunuma Okohia in Isiala-Mbano LGA on 1st July, and taken to a forest in Ehime-Mbano.

Furthermore, Mr Mike noted that the command received information of the abduction of Mr Kaka by bandits on July 5 around 2.30pm.

Look at what he said, "the gunmen on sighting the security team engaged them in a gun battle and in the process, one of the suspects was gunned down while others escaped with wounds and rescued Mr Kaka unhurt." 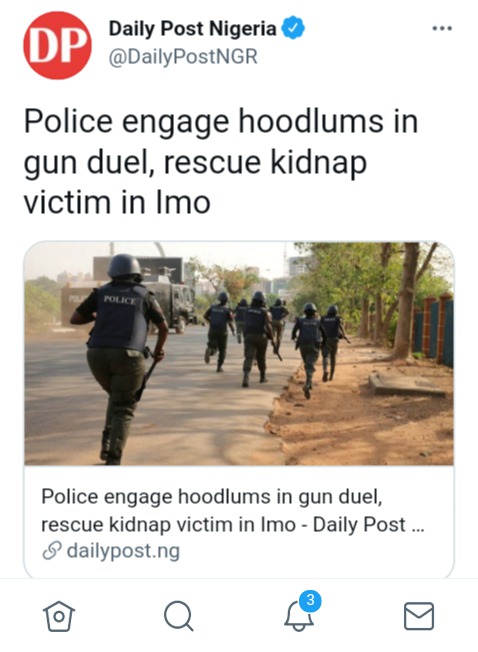 Kudos to the Nigeria's Police team who rescued Mr Kaka and believed more works would be done. I think its a good news for Imo residents?

What is your suggestion?