By WaterNewsGo (self media writer) | 5 months ago 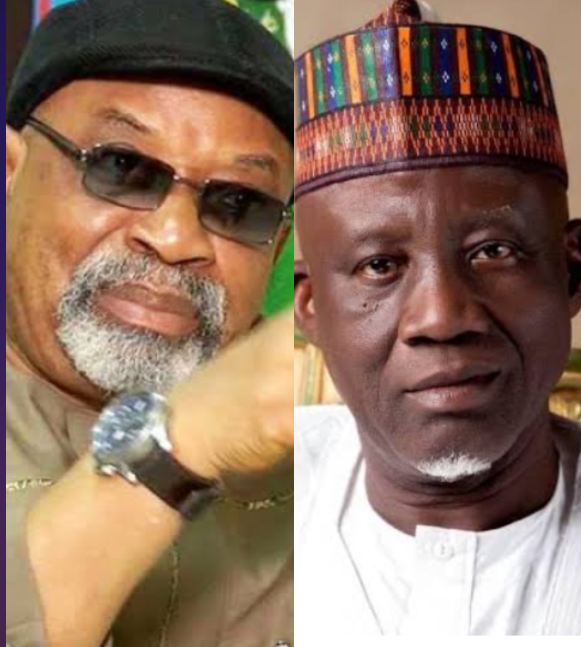 THE Minister of Labour and Employment, Senator Chris Ngige, Tuesday blasted the Director-General of Progressives Governors Forum, PGF, Salihu Moh Lukman, over what he termed, expression of grave ignorance and crass emptiness on the ongoing doctors’ strike on the aegis of the National Association of Resident Doctors, NARD. 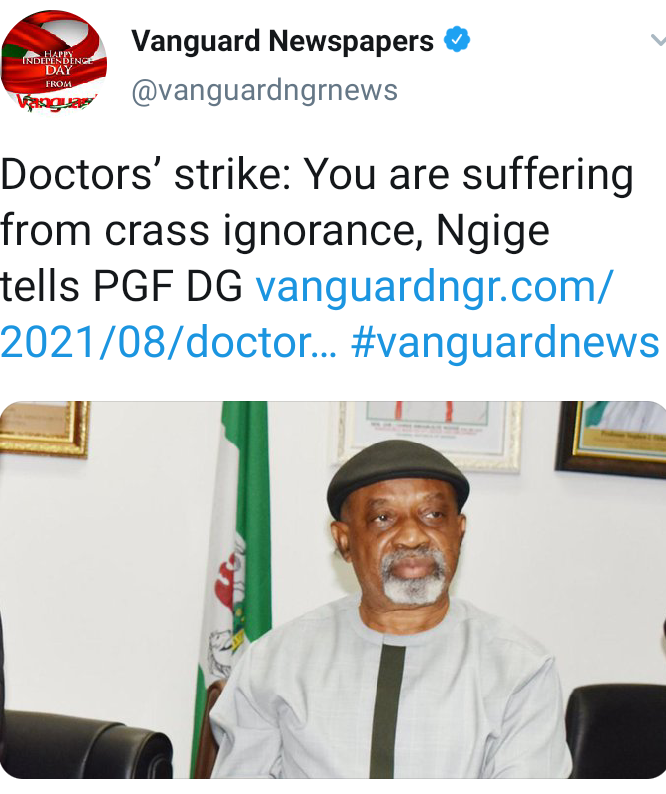 Ngige who expressed disappointment with the PGF DG’s utterances, described the statement credited to Lukman in the media as “nauseating, malicious and nonsensical.” 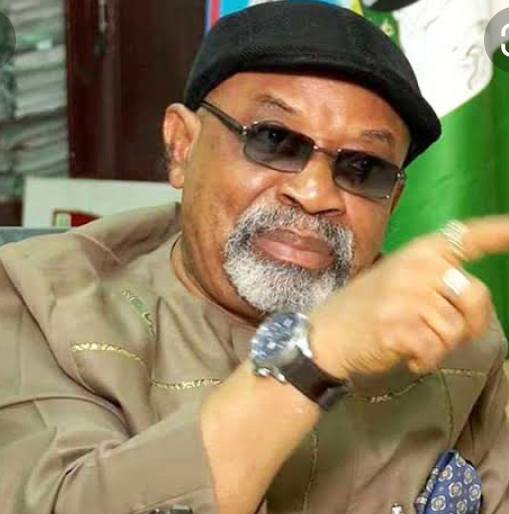 The Minister of Police Affairs, Muhammad Dingyadi, says the federal government has approved over N4 billion in the 2021 budget for fueling police vehicles. 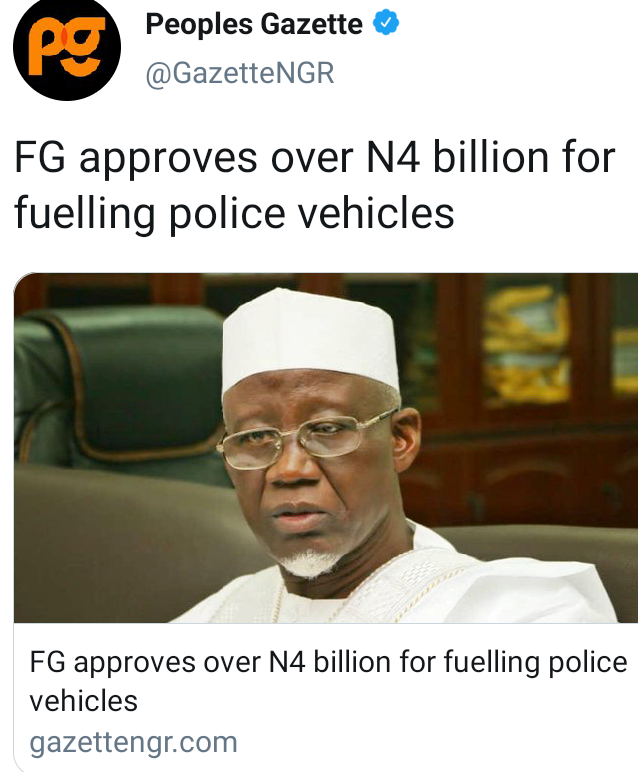 Mr Dingyadi disclosed this in a statement on Tuesday in Abuja.

Bolaji Kazeem, the ministry’s head of press and public relations officer, disclosed this in a statement on Tuesday in Abuja.

According to Mr Kazeem, the minister made this known at a presentation on the topic, “Strategic Leadership Development: The Role of the Ministry of Police Affairs”.

The paper was presented to the Strategic Leadership and Command Course 3/2021 participants of the National Institute of Police Studies.

Mr Dingyadi said the amount would cover expenditure on fuel supply to Police Commands in the 36 states of the federation and the Federal Capital Territory (FCT). 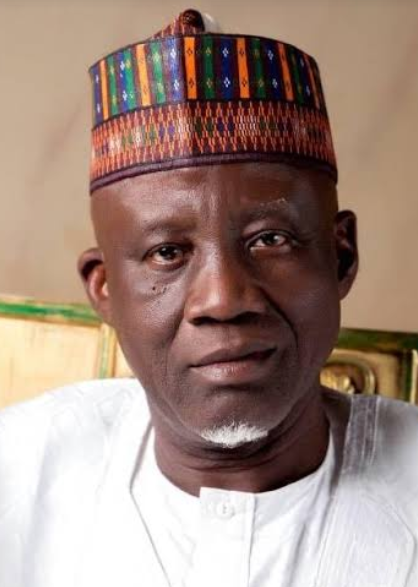 He said the approval was the first time N4 billion was budgeted for fuelling police vehicles in the country, adding that the ministry would sustain the gesture.

Saudi Arabia on Tuesday arrested 207 people, including employees at key ministries, on corruption and fraud charges, as part of an anti-corruption drive backed by Crown Prince Mohammed bin Salman. 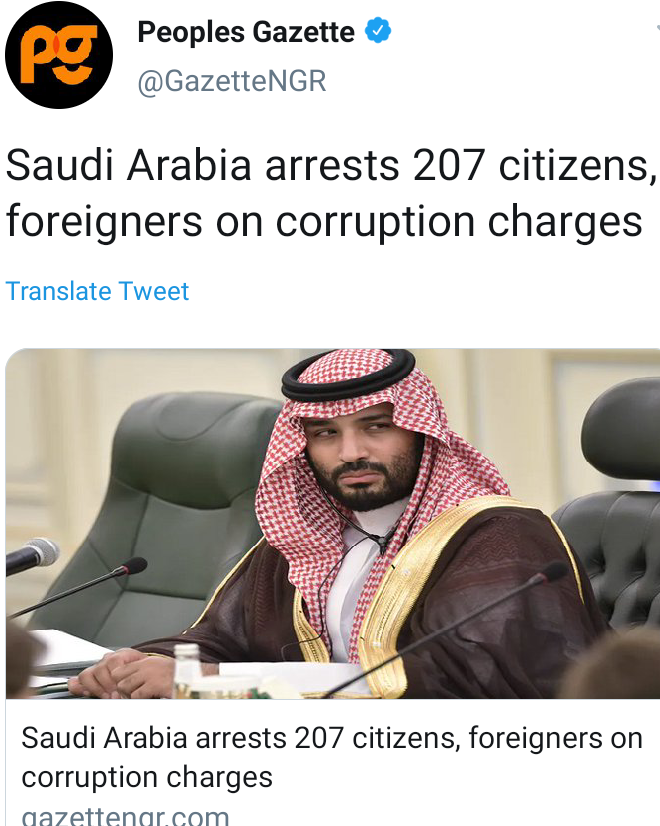 The kingdom’s anti-corruption body, Nazaha, said it carried out the arrests over the past month of the Islamic lunar calendar, Dhu al-Hijjah, which ended this week.

Nazaha said in a statement that those detained were citizens and foreign residents as well as employees at several ministries such as defence, interior, health, justice, and environment.

They were arrested due to their involvement in bribery, fraud, and abuse of their position’s authority, Nazaha added.

PSG unveils Lionel Messi as he opts for jersey number 30

Paris Saint-Germain have officially announced the signing of Argentine forward, Lionel Messi on a two-year deal as a free agent for £25m. 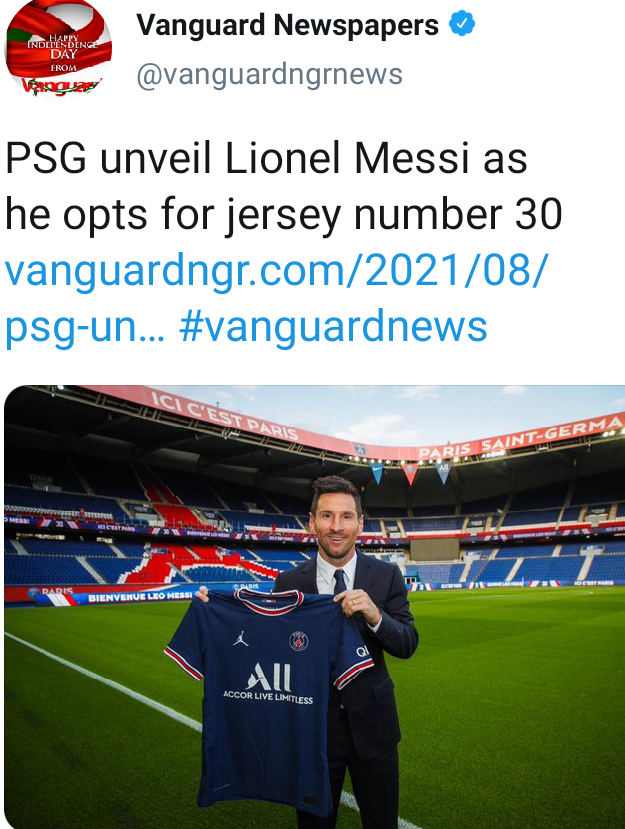 Messi’s move to Paris was confirmed on Tuesday after he agreed terms with the Ligue 1 giants. Barcelona’s removal of Messi’s mural from the Camp Nou sealed it.

Announcing the 34-year-old’s arrival, PSG wrote, Paris Saint-Germain is delighted to announce the signing of Leo Messi on a two-year contract with an option of a third year.

Over 70 Killed As Troops Attack Bandits’ Camps In Niger

No fewer than seventy bandits have been reportedly neutralized in Niger State by the air and ground components of Operation Gama Aiki (OPGA) of the Nigerian Army. 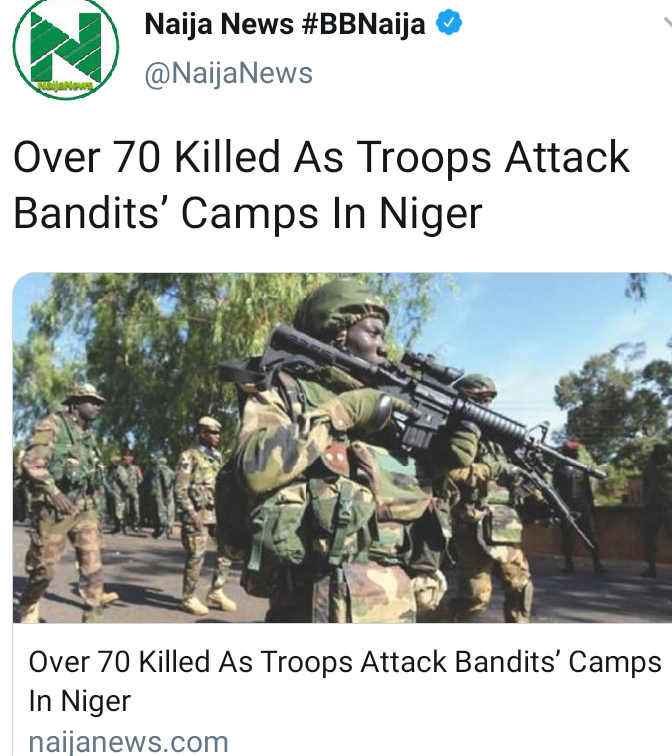 Naija News understands that the terrorists were eliminated in a two-day offensive attack by the troops on the criminal’s hideouts.

The operation followed intelligence on the location of camps at the Kasuwan Garba-Urege axis in Niger. The Nigerian Air Force (NAF) deployed Agusta 109 and EC 135 gunships to the area.

Also, the logistics of the bandits were reportedly destroyed during the attack by the army. Naija News learnt the aircraft took turns in engaging the targets with rockets while fleeing bandits were fired with cannons.

“The operation occurred on August 5. Similar operations were executed on 6 August 21 by the air component at Kwawu and Uzawo in Niger State”, the army report claimed. 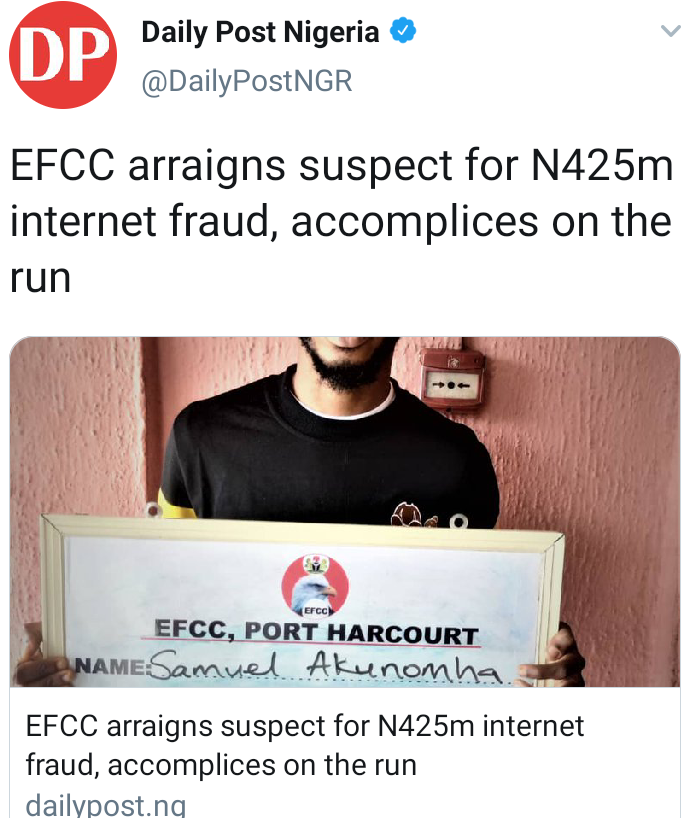 Justice A. T. Mohammed of the Federal High Court in Port Harcourt, Rivers State, is presiding over the case.

Akunomah faces 45-counts bordering on internet fraud, impersonation and obtaining money under false pretense to the tune of N425,000,000.

Among the charges, in 2020, Akunomah and Omena Precious Okeren, Shittu Adebayo, Austin Chibike, Charemon Golden (all at large) took possession of the sum through FCMB Bank Account No. 4915799016 in the name of Skillz Nigeria Enterprises.

Yoruba Nation: Akintoye, others set for ‘One Million Man March’ at UN headquarters in New York

Nigerian Indigenous Nationalities Alliance for Self-Determination (NINAS) has announced a “One Million Man March” to demand a referendum on self-determination and abolition of the 1999 Constitution of Nigeria. 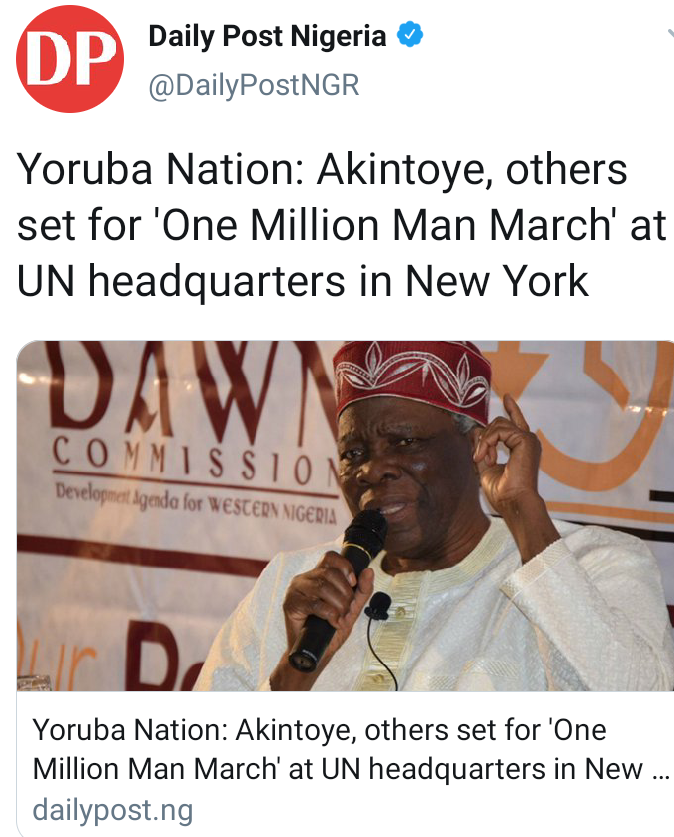 According to the group, the March will be led by Professor Banji Akintoye, respected Varsity Don, Prof. Yusuf Turaki, Secretary-General of NINAS, Barr. Tony Nnadi, and National Chairman of Ilana Omo Oodua, Professor Wale Adeniran, amongst others.