By Gistxrta (self media writer) | 11 months ago

It is one thing to make money and another to invest your money wisely, but in this part of the world, only very few people truly understand the latter hence the unending sad stories of investment scheme scams. Investment as we all know is a great way to wealth building and pathway to generational wealth if executed wisely and as a shrewd and cautious business owner or individual, before you invest in any platform or scheme you must first of all, perform thorough research about the platform to get to know how they work, their terms and conditions and other necessary information. This is to avoid "stories that touch the heart" as there are a lot of fraudulent platforms, groups, individuals masked under the umbrella of Investment platforms yet their major aim is to swindle innocent people of their hard-earned money. 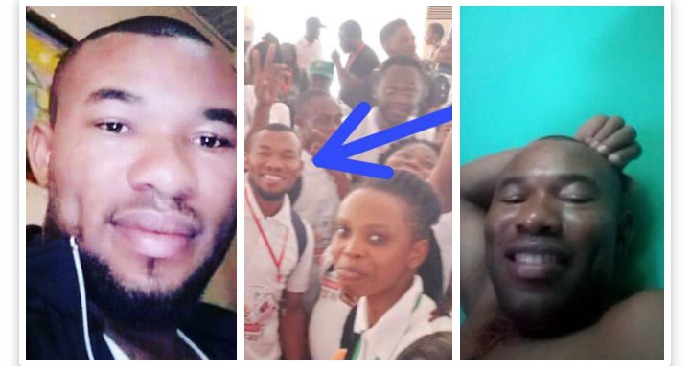 Recently, a Nigerian took to Twitter to publicize after months of fighting depression how he allegedly lost the whopping sum of 150 million Naira to an investment platform which according to him is owned by one Mr. John Okechukwu from Abia State. Narrating his ordeal, the Twitter user who is identified as Samuel Daniel on the bird app stated that he met John Udochukwu Akokwu in July 2019 at Federal Government NPower NCreative Scheme where he tutored over a hundred students on 3D animation for a month. According to him, John Udochukwu was one of his students back then so they exchanged contacts and became friends. Narrating further, he revealed that In May 2020, Udochukwu approached him and made him believe he was a Forex trader while promising him a certain interest in weekly investments. 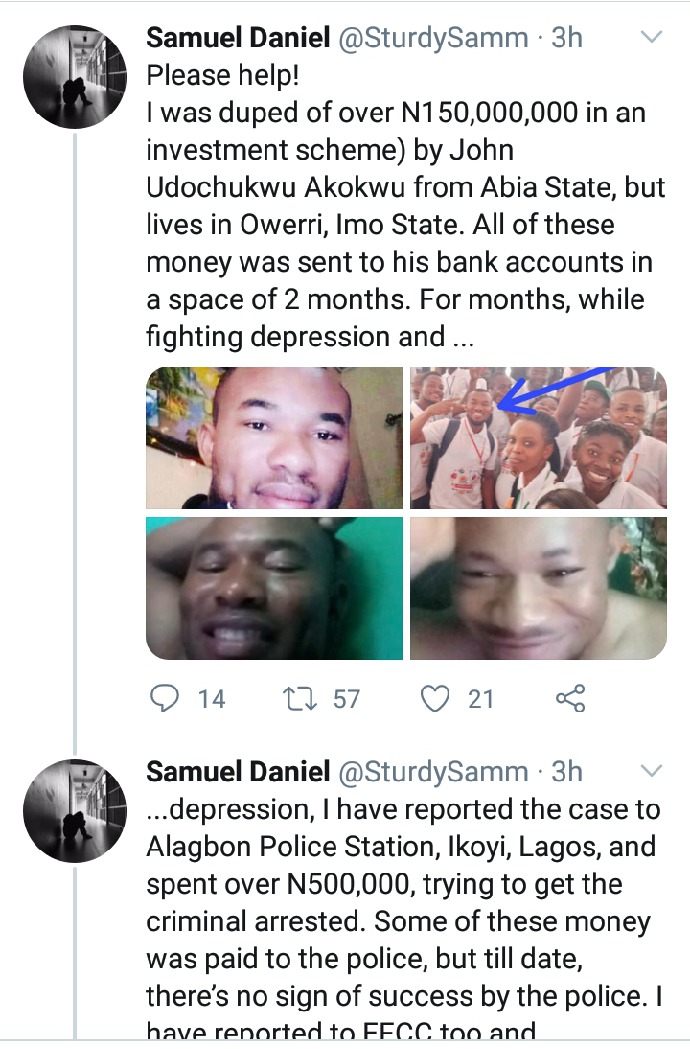 "I started investing with him, and also got friends to send me their money so I could help them invest. These friends also collected money from their friends and so the chain grew" he said. Fast forward to things, at the end of August, John Udochukwu Akokwu started giving excuses about his bank being frozen which I announced to the investors numbering about 500 of them. According to him, after some days Udochuchukwu gave that claim, he got friends to check his bank account and they found out that his account is very fine and nothing is wrong with it as he had claimed. Sensing a possible scam tactics from Udochukwu he had to report the case at State CID, Alagbon Police Station, Antifraud department, where he was charged a lot of money to sign a petition against John and for numerous bank freezing court orders, yet nothing significant has been done about the case till date.

The Twitter user further revealed that he has been getting a lot of threats and facing attacks even with cultists and soldiers since the incidents and thus he had to flee to an unknown location for the safety of his life. According to him, he's currently going through depression and considering suicide.

"The case seems impossible to solve, I'm just tired. Suicidal thoughts have taken over me, I cry every single day. Please, help retweet till someone that can help sees this. Thank you, " he added in the tweet. 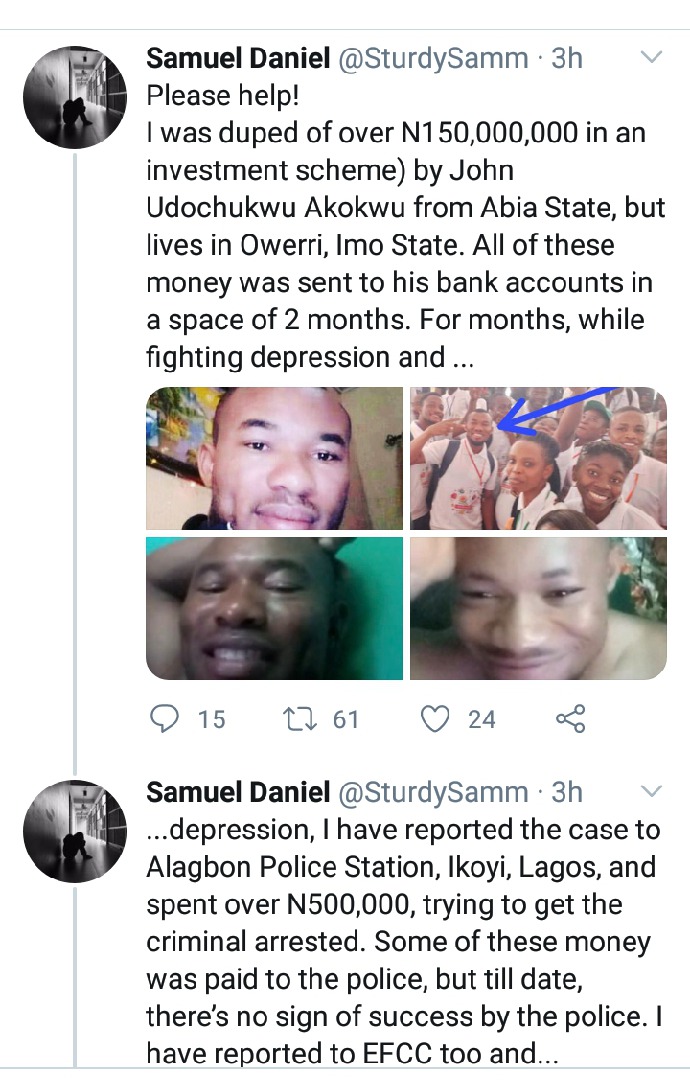 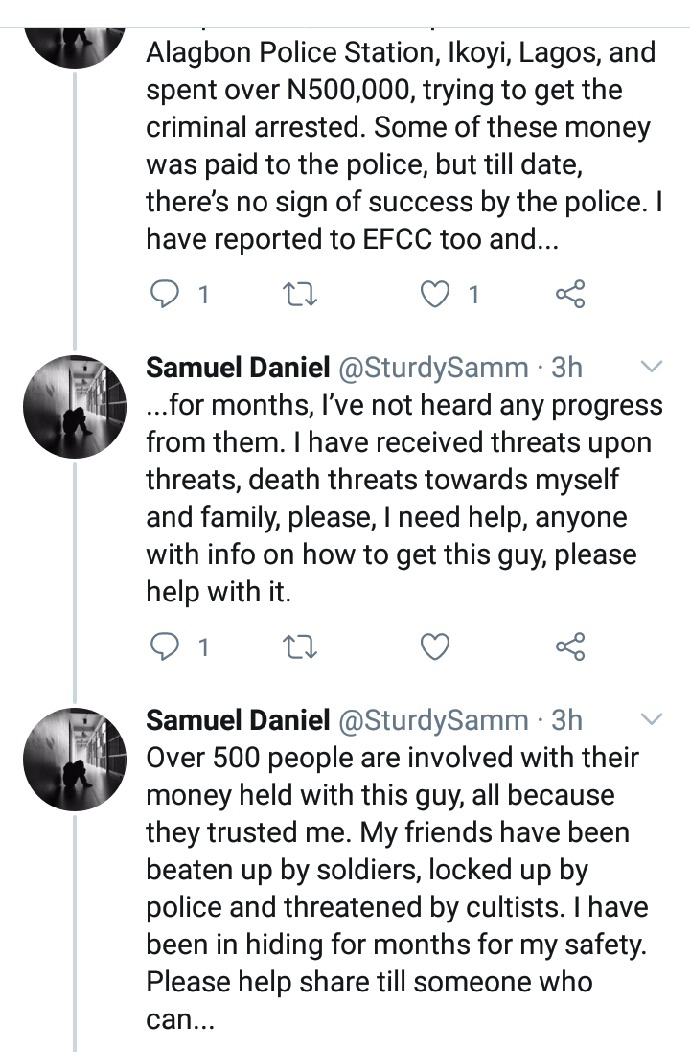 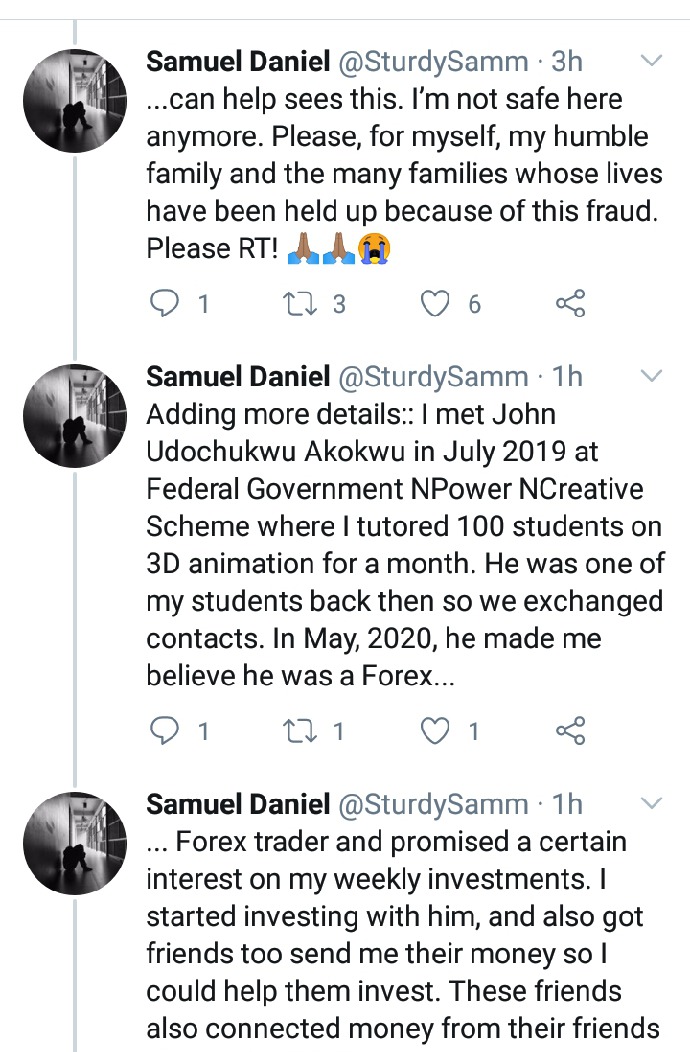 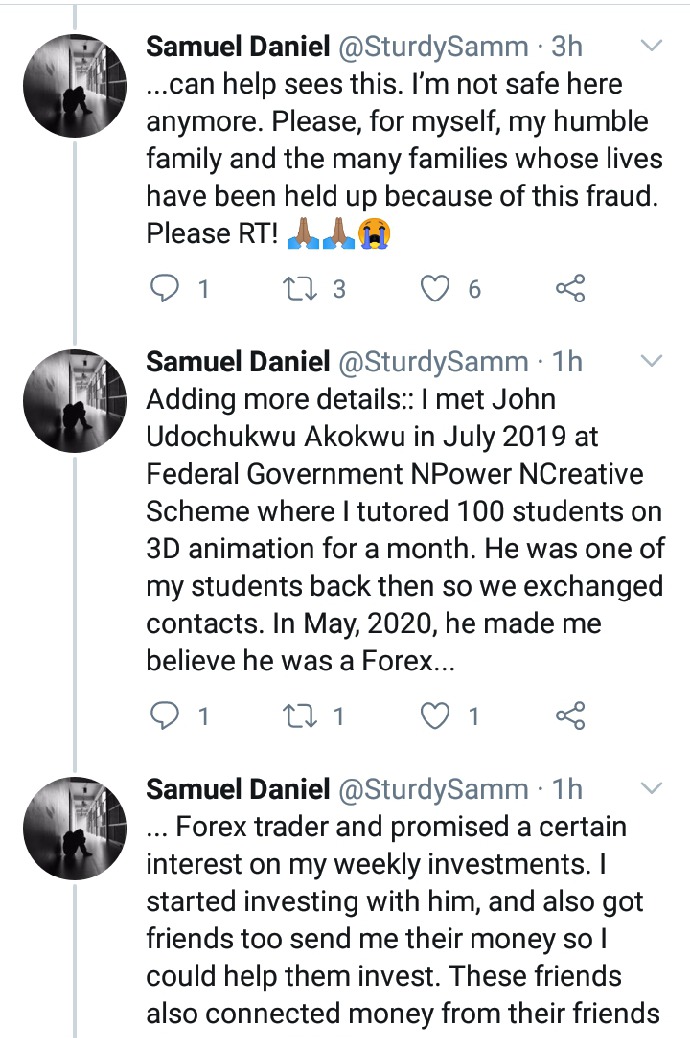 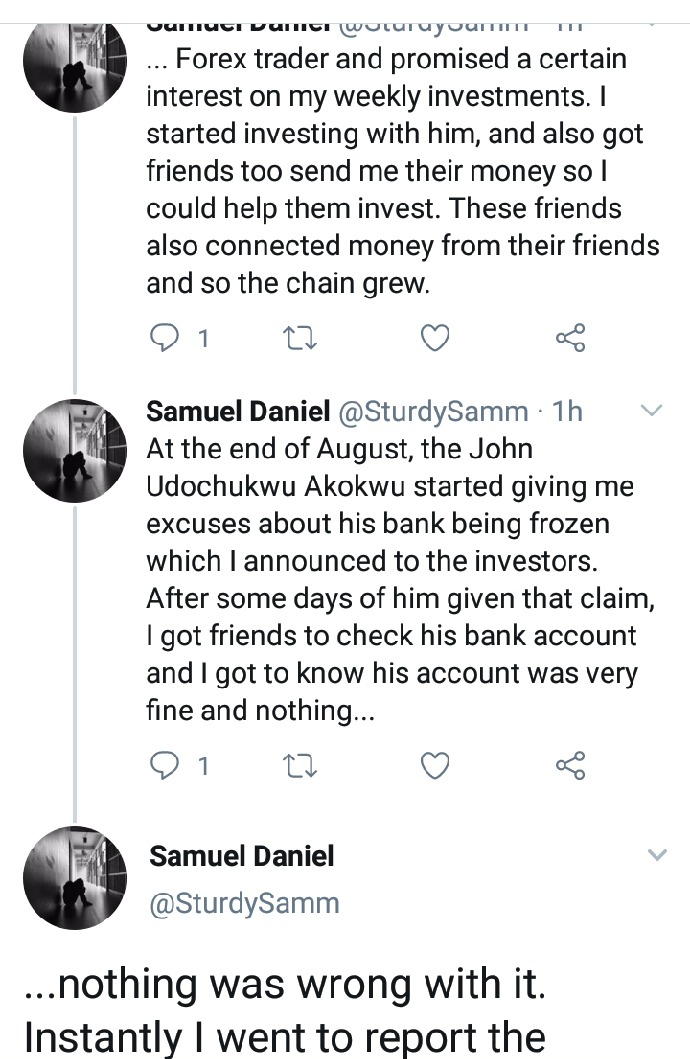 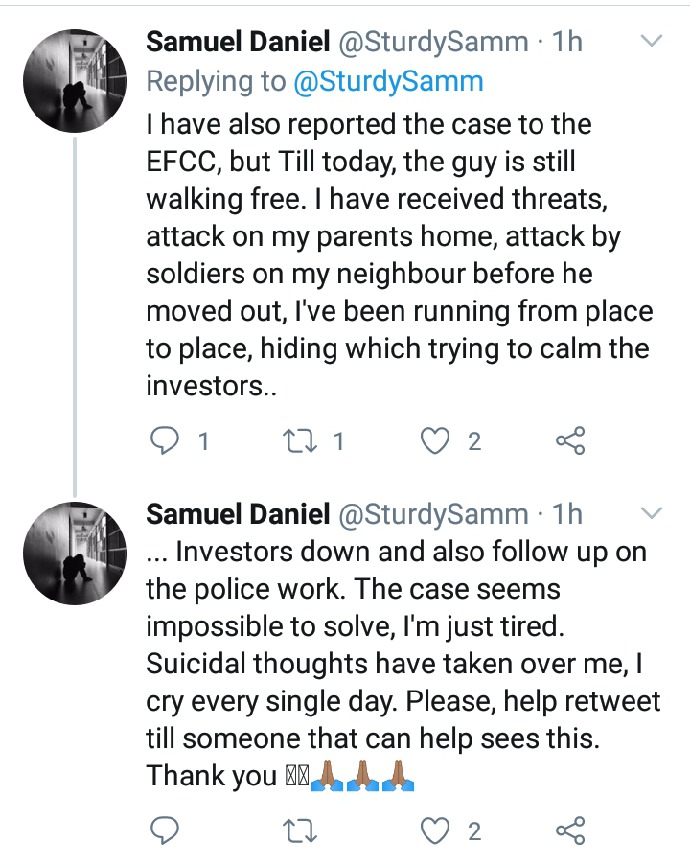