By Favour_Oshiokhai (self meida writer) | 26 days

A man identified as Papa Ejima on Twitter and some of his family members, have been victims of the unfortunate kidnapping incident in Imo state. They were kidnapped while returning from a cousin's wedding in Imo state around 5pm. 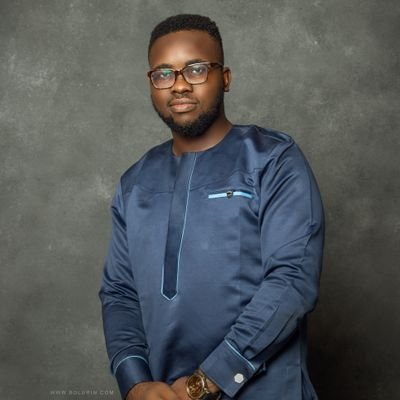 Papa Ejima, his mother, his Father, his uncle and his cousin were the victims of this unfortunate Kidnapping incident, but the Kidnappers later released Papa Ejima and his mother, and were told to get 30 Million Naira in order for the rest of the Family members to be free.

Papa Ejima made this revelation on Twitter as he rigorously called for help while he tagged the Nigerian Police official handle on Twitter.

Papa Ejima tweeted My Dad, My mum, my Cousin, My Uncle and I were Kidnapped yesterday by gun men around Okigwe area of Imo state as we were returning from my cousins wedding around 5pm. My Mum and I were released and told to get 30million ready by today. 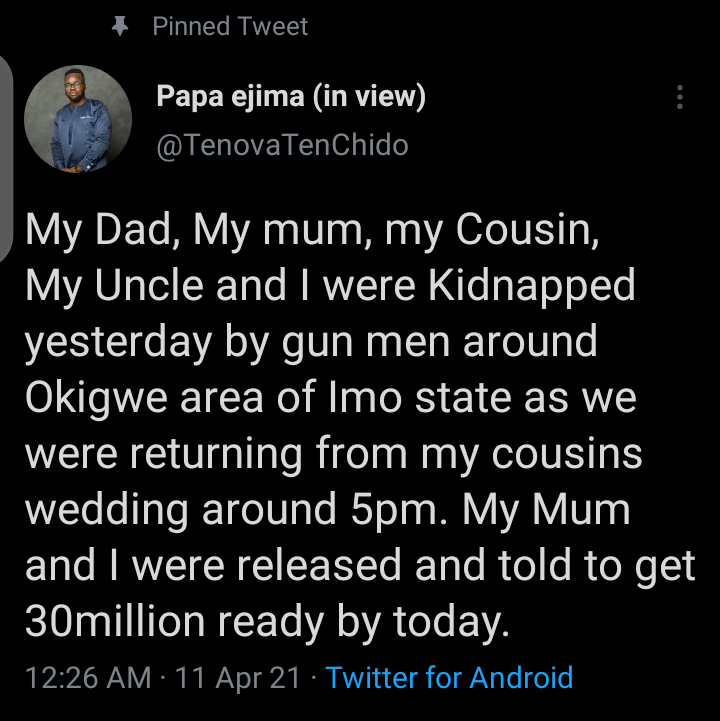 After he tweeted about his family being kidnapped, some Nigerians on Twitter went into the comment section to express their concerns and views on the matter.

While some prayed for him, a few others didn't like the idea that he exposed the kidnapping experience on Twitter, that what if by chance any of the Kidnappers see his tweet.

Below are some screenshots of the reactions to Papa Ejima's tweet; 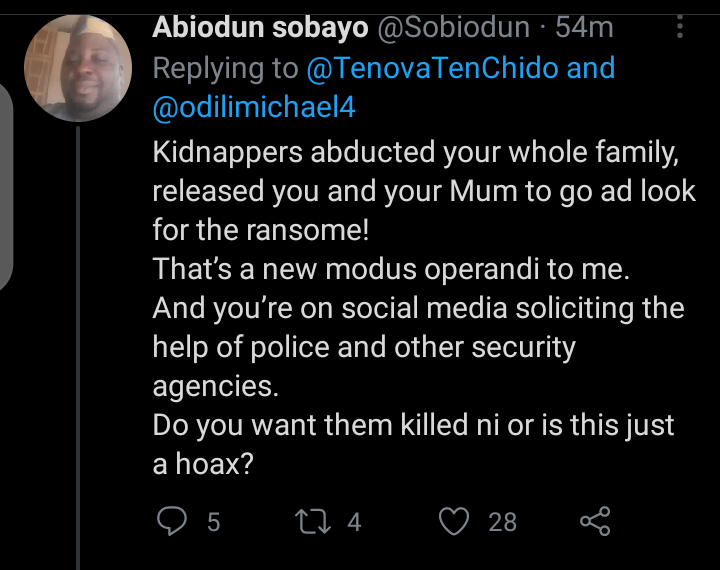 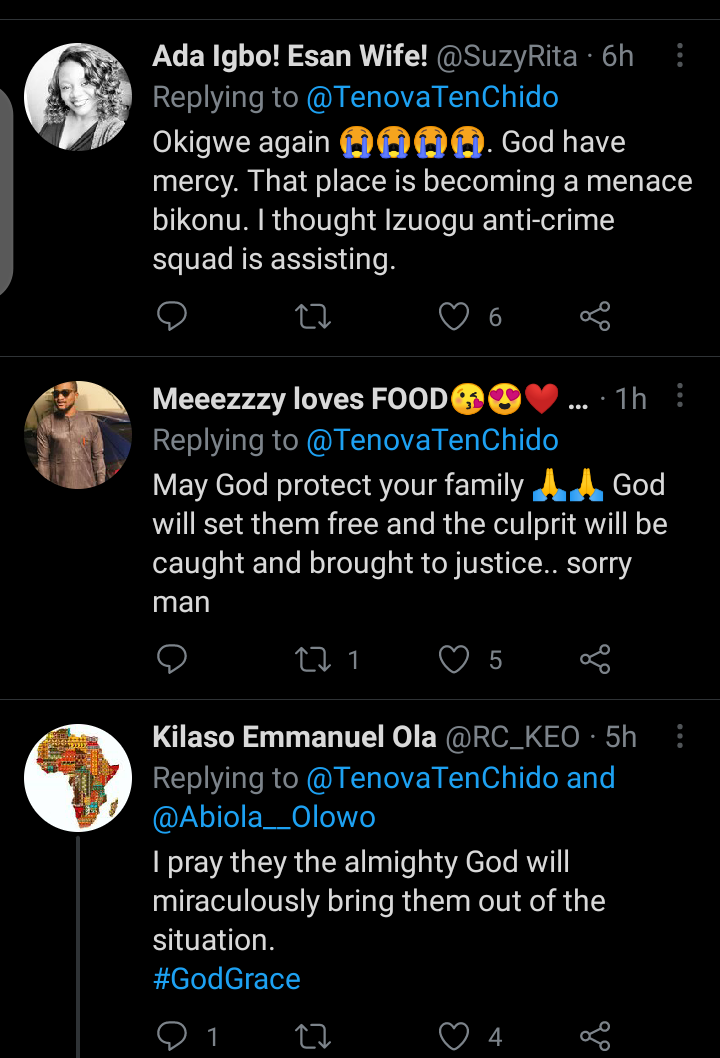 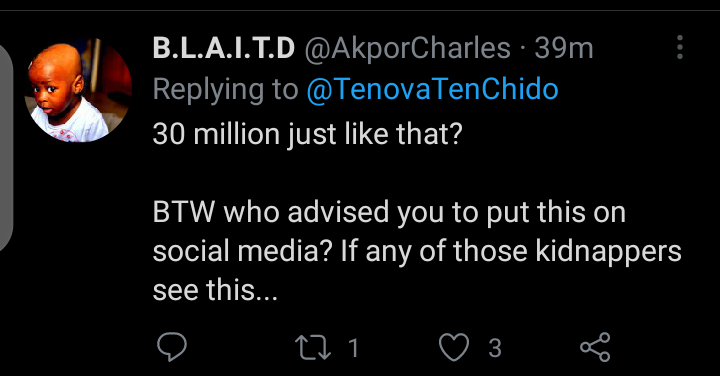 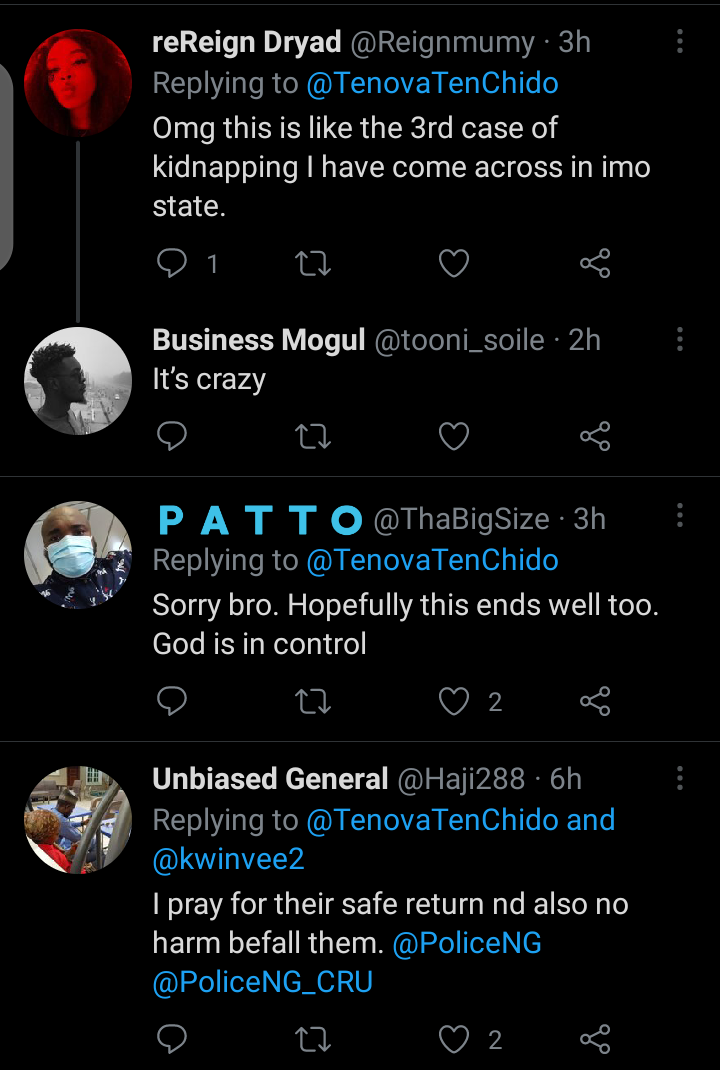