Photos: Dangerous Weapons Recovered From Suspects As They Were Paraded By The Police In Lagos State

By Mr_Counselor (self meida writer) | 19 days

BBC News Pidgin was live today in Lagos State while the police parade suspects and showcase the dangerous weapons recovered from them.

The police in Lagos State today disclosed their achievements within the past few weeks. Most of the cultists, hoodlums and miscreants who terrorize Lagos State have been apprehended and prosecuted as many of the leftovers are kept at bay.

The police stated that the arrest and prosecution of the suspects was made possible by the Lagos State new law, especially the ones on anti-cultism.

While briefing the press, the police narrated how two cult group clash before their arrest. It was revealed that the two cult groups clashed last week, and one of the groups lost a member. They latter arrested two of the members. 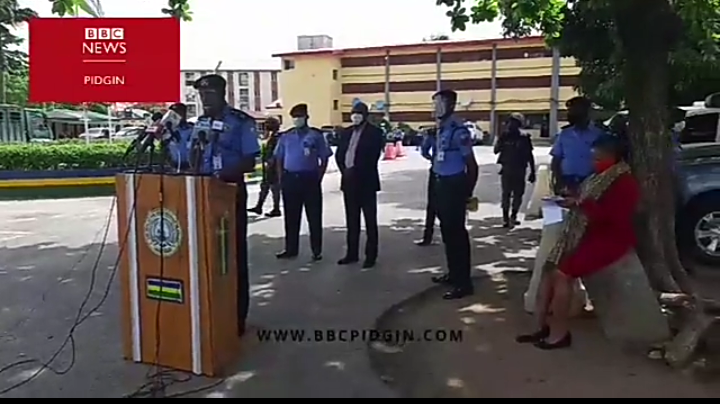 While in custody, another cultist intruded and killed the suspect in custody. The new suspect was arrested and is currently facing murder case. He assured that the case of cultism in Lagos State is becoming a thing of the past.

Among the suspects arrested by the police are 42 traffic robbers, 92 armed robbers, 108 cultists, hoodlums and miscreants.

Four robbers were killed, one vehicle was recovered, 54 armed robbery incidence was recorded.

Because they are still suspects, the BBC correspondent couldn't show their faces, but he got them from behind. See some the pictures below. 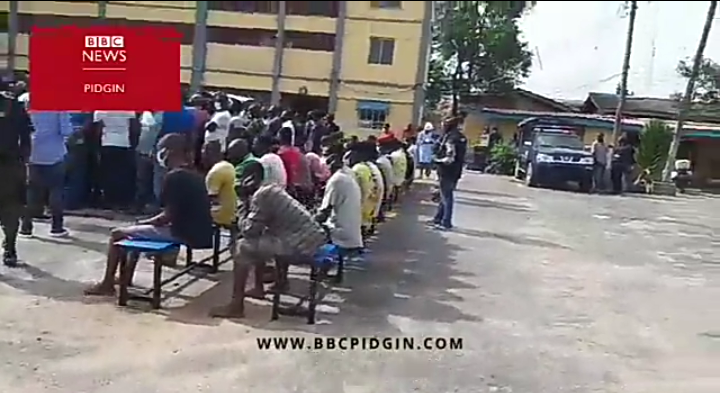 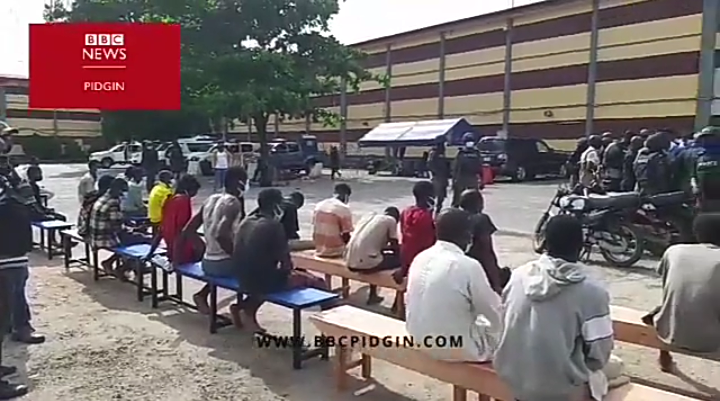 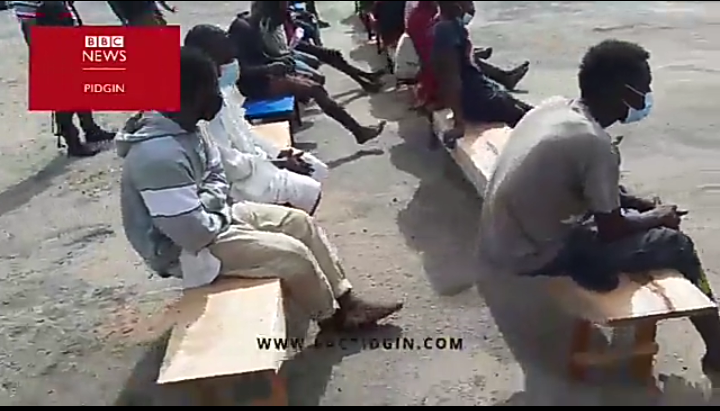 Weapons recovered include guns of different types (mostly locally made), cutlasses, axes, bullets and many others dangerous weapons.

See pictures of the weapons recovered from the suspects below. 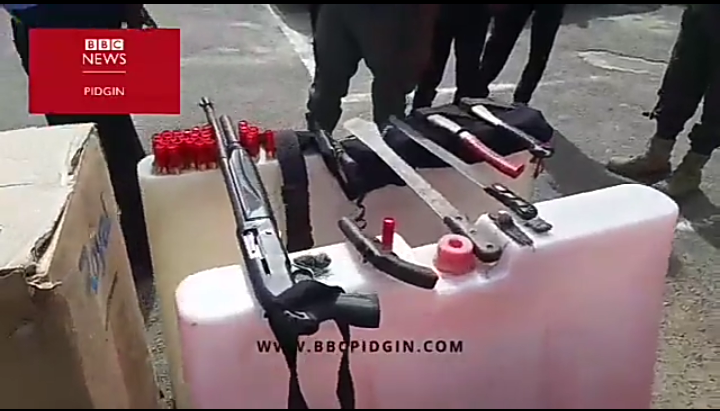 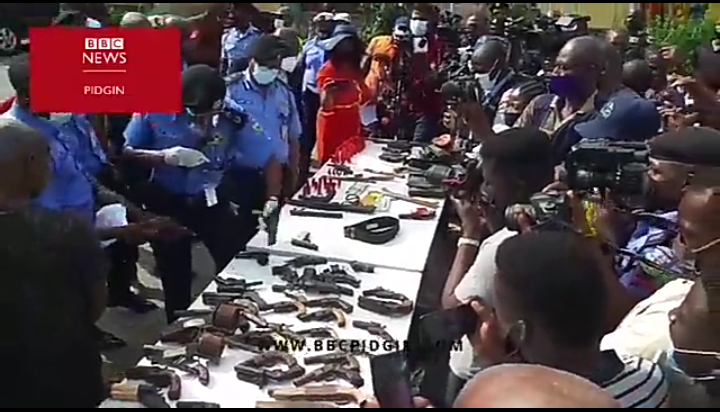 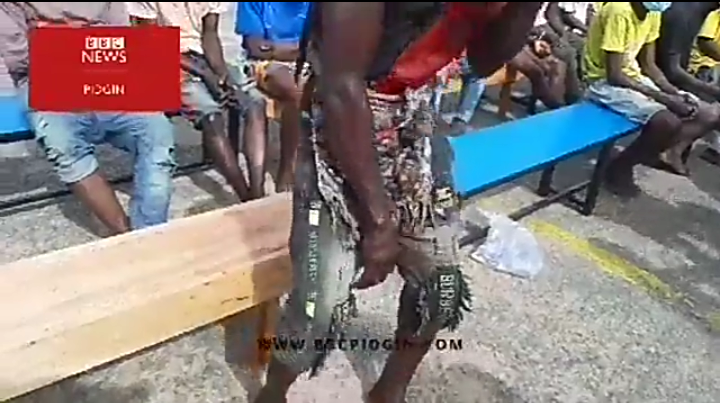 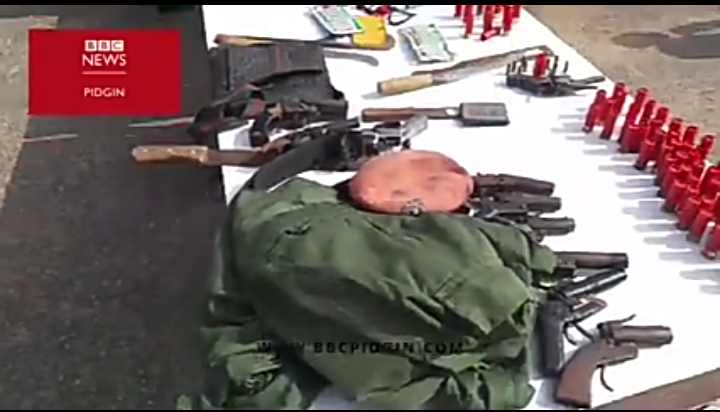 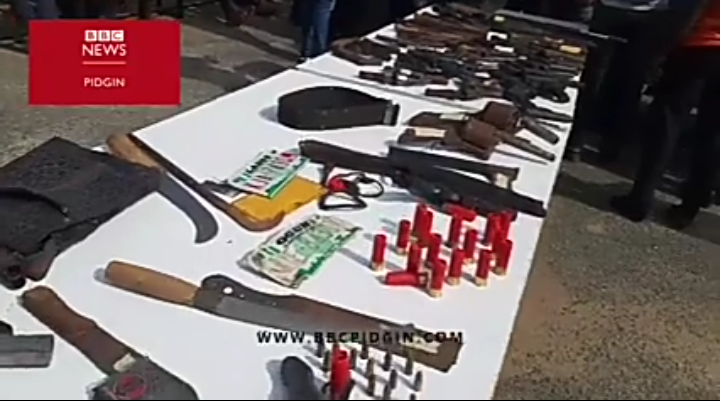 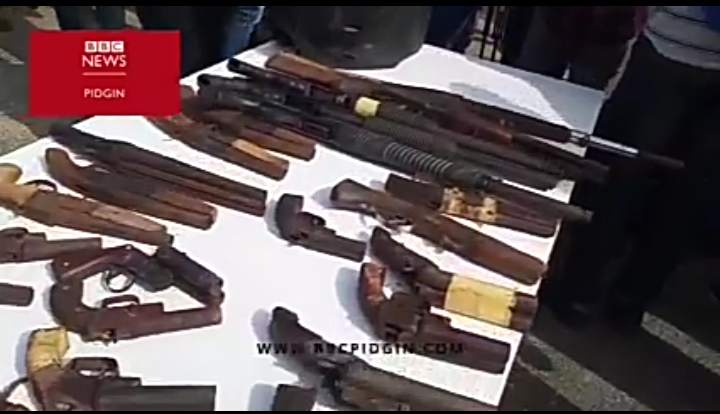 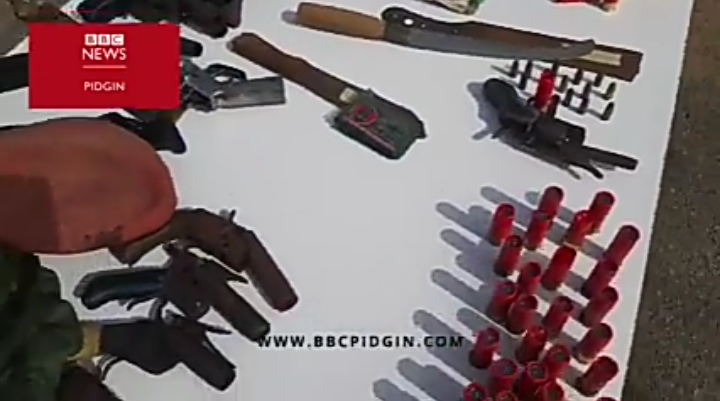 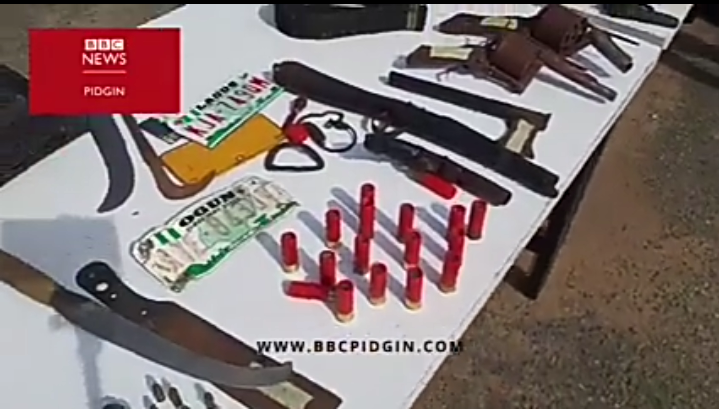 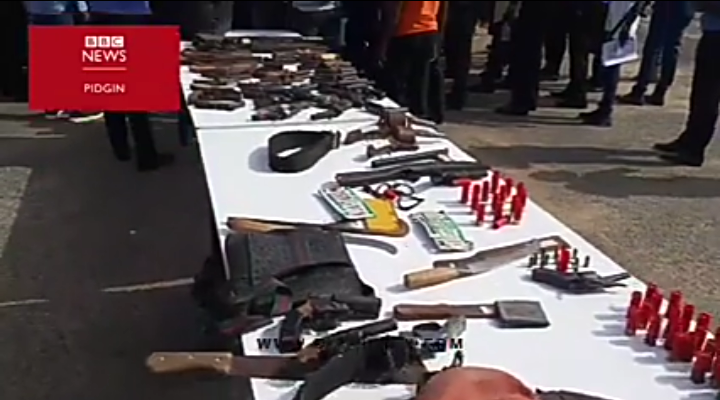 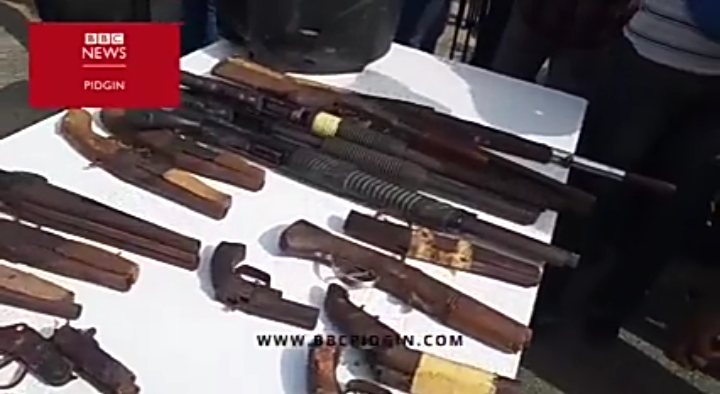 Also, watch the police showcasing the weapons recovered from the suspects here.