After Herdsmen Killed Two Farmers In Their Farmland, Check Out What Residents of Ekiti Community Did Today

By Ola-post (self media writer) | 1 year ago 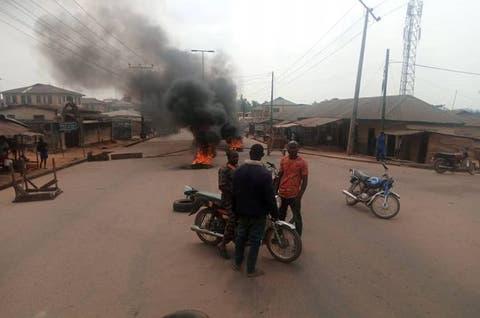 According to a report in the Nigerian Tribune this afternoon, residents of Isaba-Ekiti, Ikole Local Government Area of ​​the state today staged a protest against the killing of two farmers on their farms and some suspected herdsmen. they did. they were overpowered on Thursday, a day before they were killed.

The names of the two dead farmers are given as Toyin Akeju, better known as Jisoro in the town while the name of the second person killed is Daodu, a laborer who worked with Toyin before their death. you will.

According to the information received, it was reported that the two farmers left their home yesterday morning for farming and did not return home until late at night, and as a result, their relatives started searching for them and reported to the people of the group. security of Western Nigeria, called Amotekun. When Amotekun police began their search, they went to their farm this morning and found their bodies hit by bullets on them before their bodies were exhumed.

It was reported that on Thursday, some herdsmen fought with the duo, came out with machetes they wanted to use on them but, (the deceased) overpowered them and took their daggers, while the herdsmen left in a rage they came back yesterday with a gun and killed them all.

As a result, members of this community, including adults and young people blocked the highway, and burned tires, because they did not allow the movement of vehicles in this community. 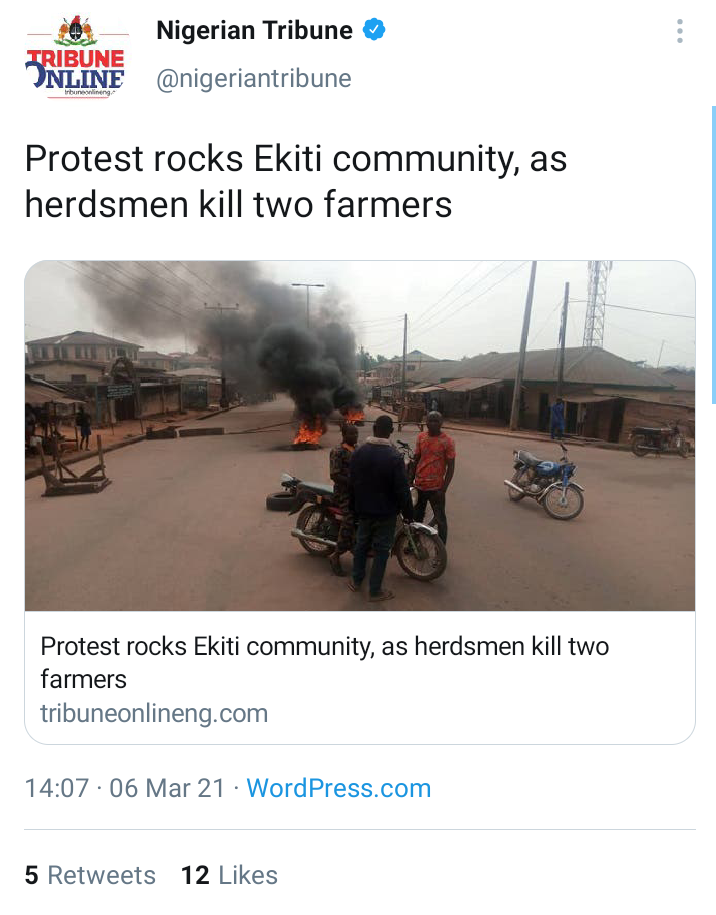