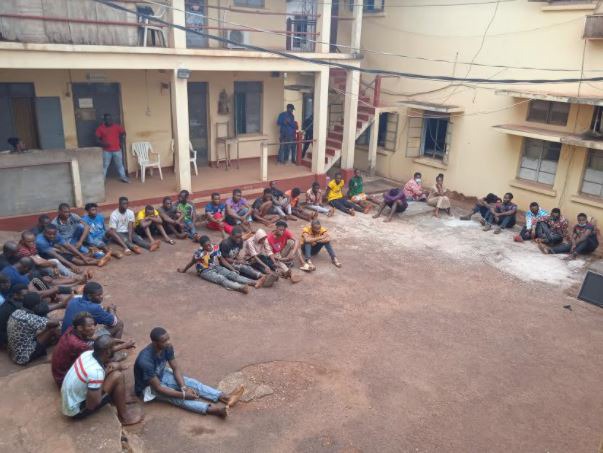 The Enugu State Police Command have paraded 40 suspects arrested for various offences across the state.

While parading the suspects on Friday, the Enugu State Commissioner of Police, Mohammed Aliyu said that they were arrested in different locations across the state for different offences.

Mohammed Aliyu advised criminals to vacate the state adding that there won't be hiding place for them.

According to him, the suspects arrested consists 38 males and 2 females.

Items recovered from them according to the commissioner are: 12 vehicles, 11 firearms, one military camouflage jacket, five expanded ammunition and four live cartridges.

Others are two empty magazines, one motorcycle, three television, five ATM cards among others.

Aliyu stated further that 16 out of those paraded were arrested for cultism.