A young man and his sister were on Thursday, May 6, arrested by operatives of the Economic and Financial Crimes Commission (EFCC) in Lagos State over their involvement in internet frauds popularly known as Yahoo Yahoo and online dating scam.

The young man, Rowland Kalu and his sister, Queen Kalu, were arrested by operatives of the Lagos zone of the anti graft agency at Amikanle, in the Alagbado area of Lagos State, following intelligence reports received by the commission about their involvement in computer-related fraud and online dating scam. 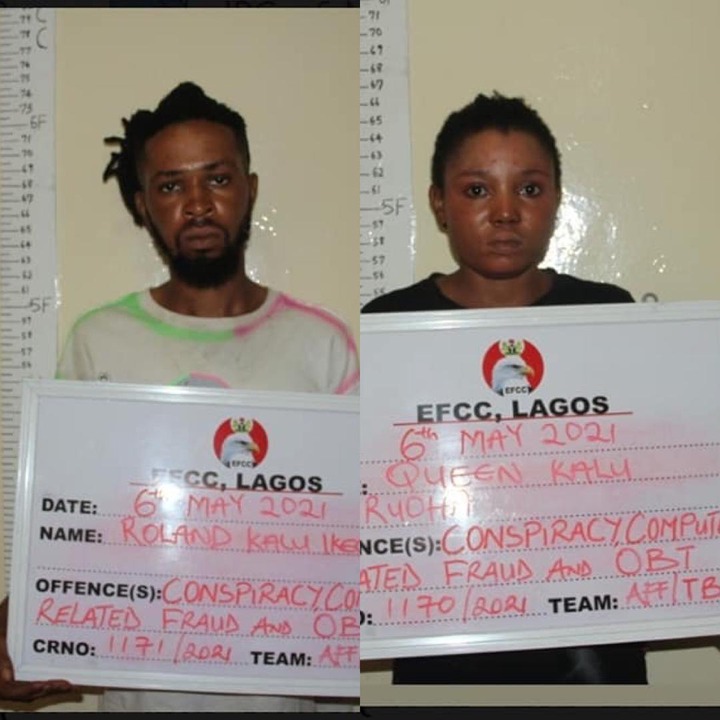 It was gathered that Queen, said to be a graduate of Banking and Finance and who was said to have confessed to the crime, disclosed that she was involved in online dating scam and had made some money from it.

She was said to have also disclosed that she used to help her brother to speak to their male victims and defraud them of their money, adding that she and her brother also engaged in other internet frauds.

According to a statement by the anti graft commission on its Facebook wall and website efccnigeria.org, during their arrest, items recovered from them included a Mercedes Benz car, mobile devices and some incriminating documents.

The statement added that they would be charged to court as soon as investigation about their activities are concluded. 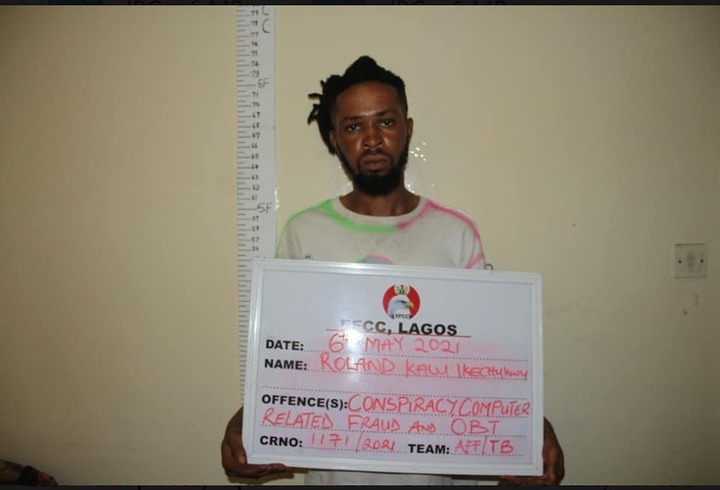 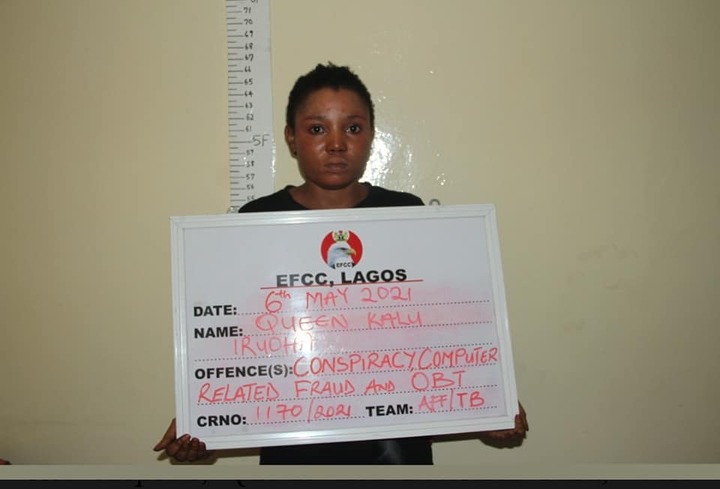 According to the statement: "Operatives of the Lagos Zonal Office of the Economic and Financial Crimes Commission (EFCC) have arrested two siblings for their alleged involvement in internet fraud and online dating scam.

"The siblings, Queen Kalu and Rowland Kalu, were arrested at Amikanle area of Alagbado in Lagos State.

"Their arrest followed credible intelligence received by the commission about their alleged involvement in computer-related frauds and online dating scam.

"During their arrest, Queen, who is a graduate of Banking and Finance, confessed to the crime, saying that she was involved in online dating scam and had made some money from the crime.

"She also disclosed that she used to help her brother to speak to their male victims and defraud them of their money, adding that they always engage in other internet frauds.

"At the point of their arrest, a Mercedes Benz car, mobile devices and other incriminating documents were recovered from them.

"The brother and sister will soon be charged to court after the conclusion of investigation."

Want To Attend A Wedding Tomorrow? Here Are Some Lovely Gown Styles You Should Rock

Reactions As Nengi And Lucy Snubs Ka3na, While Prince Snubs Dortahy On The First Day Of The Reunion

Dear Ladies, Here Are 5 Types Of Men You Should Never Consider Marriage With

6 Benefits of Getting Up Early in the Morning