By Gisthour (self meida writer) | 15 days 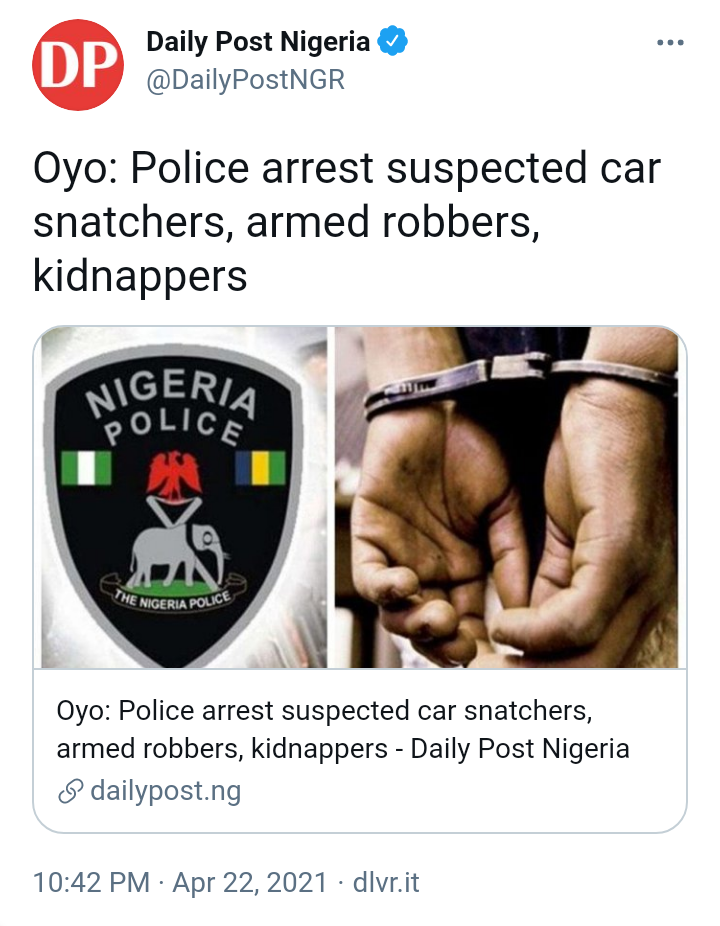 The Oyo State Police Command on Thursday said that it has arrested some suspected car snatchers, armed robbers and kidnappers who have been terrorising some members of the public in the state.

Commisioner of Police, Ngozi Onadeko made this disclosure while parading some of the suspects in Ibadan.

Onadeko added that the suspects were arrested at different locations in the state.

Among those who were arrested is an armed robbery gang, arrested in Ibadan, the State capital. 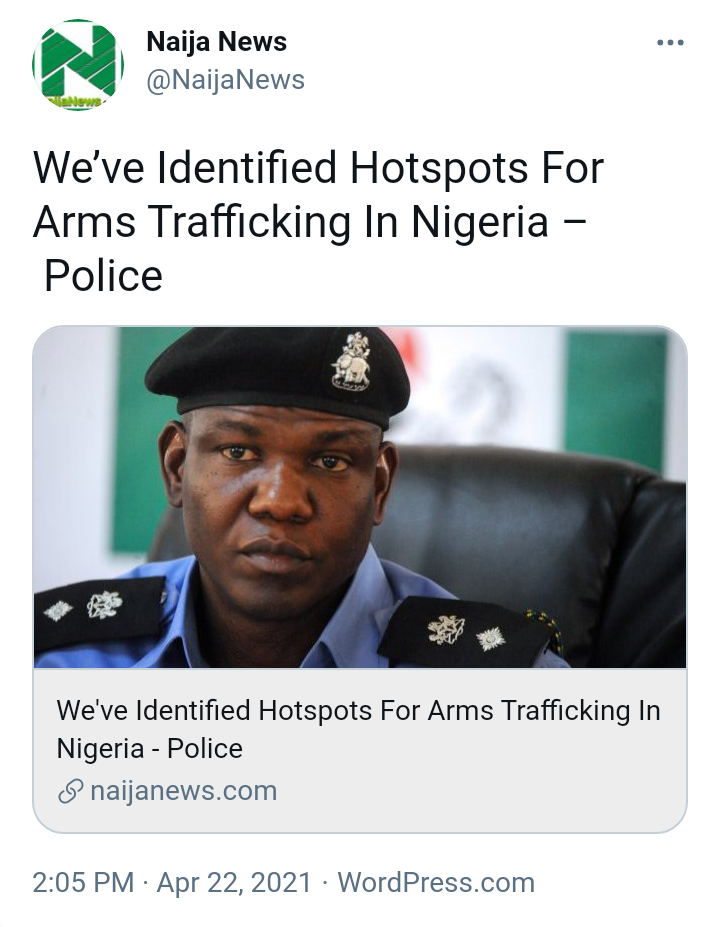 The Nigeria Police Force (NPF) has said that it has uncovered the hotspots used by the criminal syndicates for arms trafficking in Nigeria.

Spokesperson of the Police, Frank Mba, made the disclosure while speaking on Thursday when he featured as a guest on 'Good Morning Nigeria', a programme on NTA.

According to Mba, the hotspots are majorly the border areas across the country, adding that the unmanned borders offer easy passage for arms dealers.

Mba said that the force is also working towards apprehending persons involved in the manufacturing and export of small arms from Nigeria to neighbouring countries. 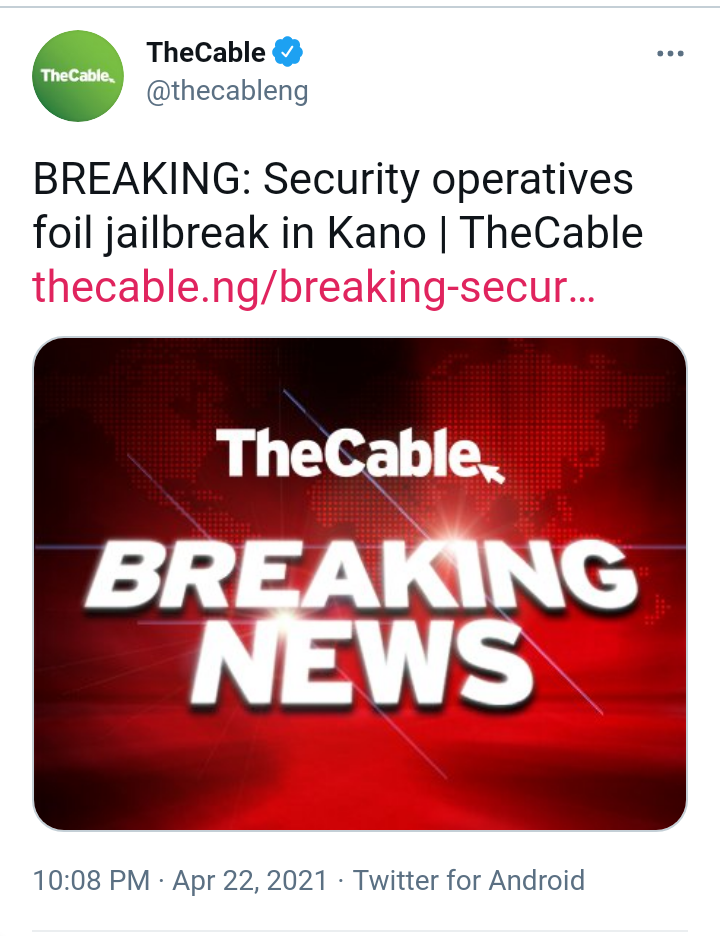 Security agents, on Thursday evening, prevented a jailbreak by inmates of Kurmawa prison, located around the emir’s palace in Kano state.

Sporadic gunshots were heard within the area where the prison is located, as residents prepared to break their Ramadan fast on Thursday evening.

Musbahu Nasarawa, spokesman of the Nigerian correctional service in Kano, confirmed the incident, adding that the inmates attempted to cause pandemonium but were resisted.

“We have put down the rebellion through the concerted efforts of the prison officials,” the spokesman said.

"We Will Shut Gulf Of Guinea" - Biafra Group 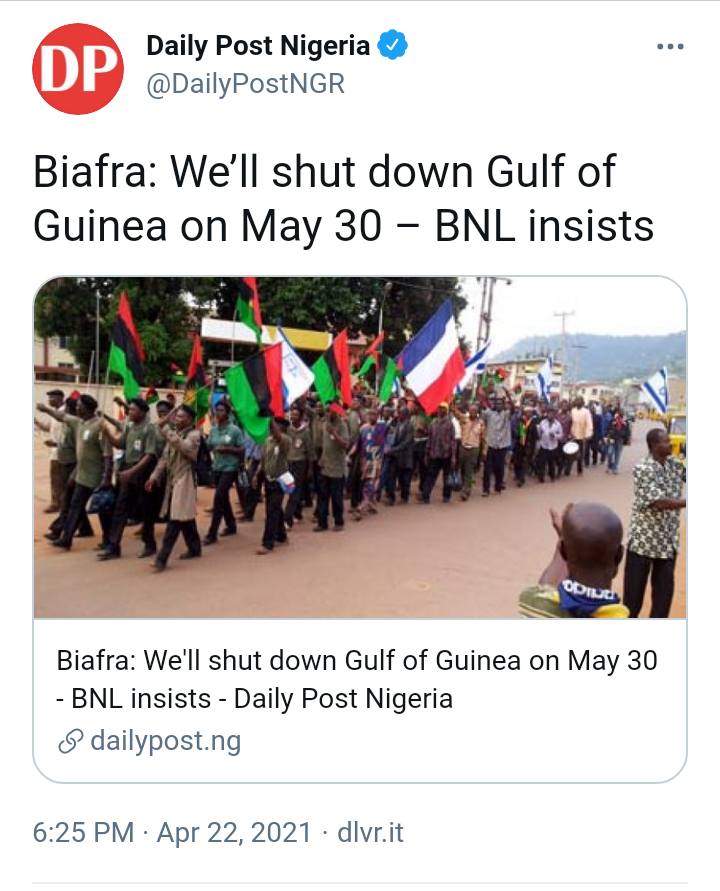 Biafra Nations League, BNL, has revealed its plans to completely shut down the Gulf of Guinea on May 30, threatening to hoist the Biafran flag.

The group pleaded with travellers to exercise patience and not to travel to the area from 7am to the 12am on the said date.

The group said it would carry out its threat of hoisting the Biafran flags in Bakassi Peninsula to mark the Biafra Day memorial. 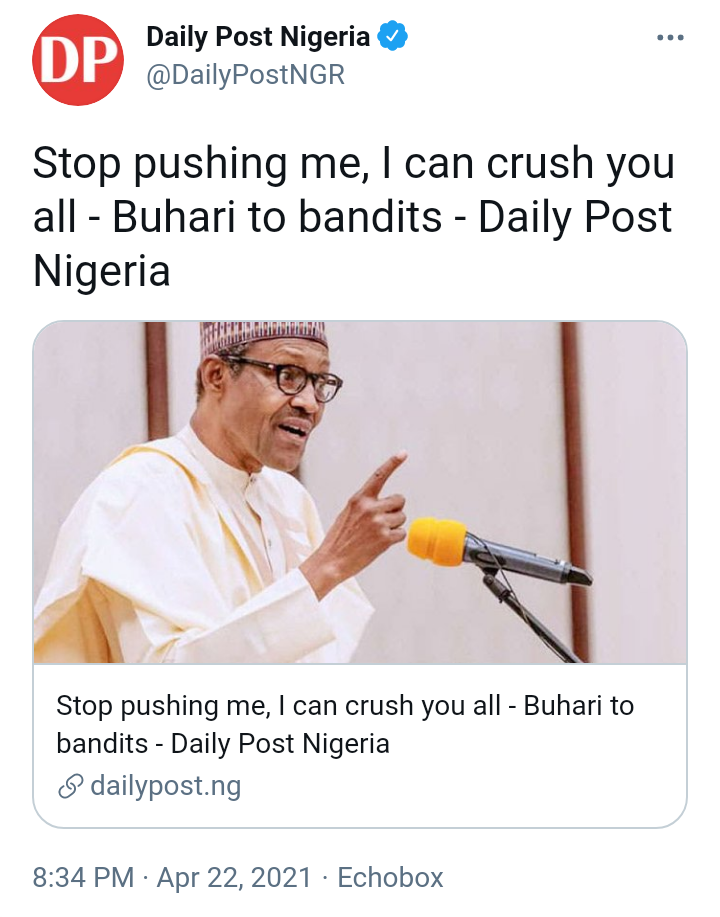 The Nigerian leader warned that “such wanton disregard for life will be brought to an end sooner than later.”

President Buhari in a reaction to the incident said that “this insane and persistent violence against innocent people must stop”.

He added that “these criminals should stop pushing their luck too far by believing that the government lacks the capacity to crush them”. What's your thought on Buhari's statement?

“If you are living in Orlu & Onitsha, please relocate”- Nigerian soldier warns residents, here's why