By Todaynews1 (self media writer) | 1 year ago

Before she got married several weeks ago, the departed live in Sabuwar Unguwa area in Katsina metropolis.

A family source, who pleaded anonymity, said the two wives were not living in the same house.

“They were not living in the same house but the first wife went to her house which is not far from hers and beat her up before locking her up in the room which she set ablaze,” he said. 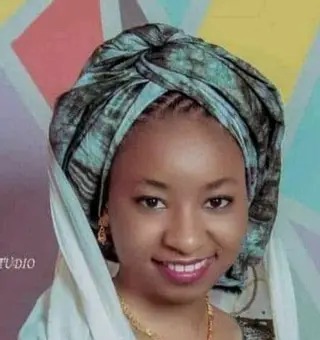 The incident has been confirmed the Niger State Police Command,Which said that the case was reported to the command by Mr Bello Lawal.

The Police Public Relations Officer in the State, DSP Wasiu Abiodun, said, “On Tuesday,gave his statement saying Mr Bello Lawal of Gwari Motors Bosso road Minna reported on behalf of one Alhaji Aliyu Abdullahi 45yrs of Mandela road Sauka Kahuta that one Fati Aliyu his second wife and of same address was found laying dead in her pool of blood inside her parlor with part of her body burnt.

“Immediately the information was received, the division took immediate actionCommand and arrested Mrs Amina Aliyu,the senior and fellow wife to the deperted whom was allegedly reported to have been killed with a mortar pestle by a witness who was said to be also a sister to the suspect.

“The item used was recovered by the police while investigation has started and the suspect will be brought for trail as soon as investigation come to an end.

Content created and supplied by: Todaynews1 (via Opera News )