By Dabliz (self media writer) | 7 months ago

Another Lawmaker Is Dead 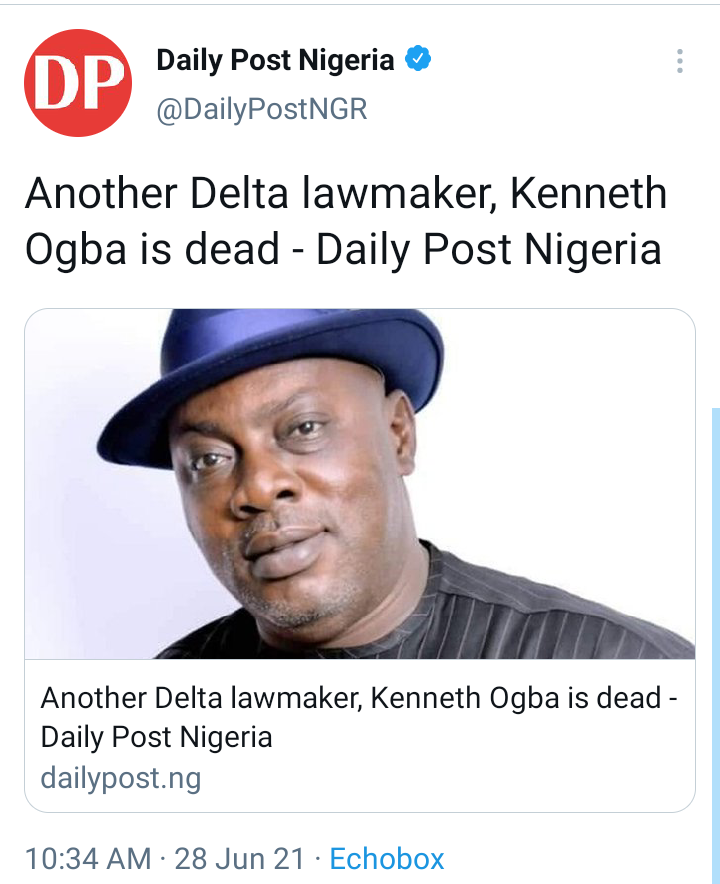 Kenneth Ogba, a member of the Delta State House of Assembly, is dead.

Ogba, who represented Isoko South I Constituency in the legislature, died on Sunday evening.

It was gathered that the deceased, earlier in the day, attended a thanksgiving service at Christ Deliverance Ministry in Irri, Isoko South Local Government Area of the state.

Ogba reportedly suffered from high blood pressure and was discussing with friends at a popular hotel in Oleh when he slumped. 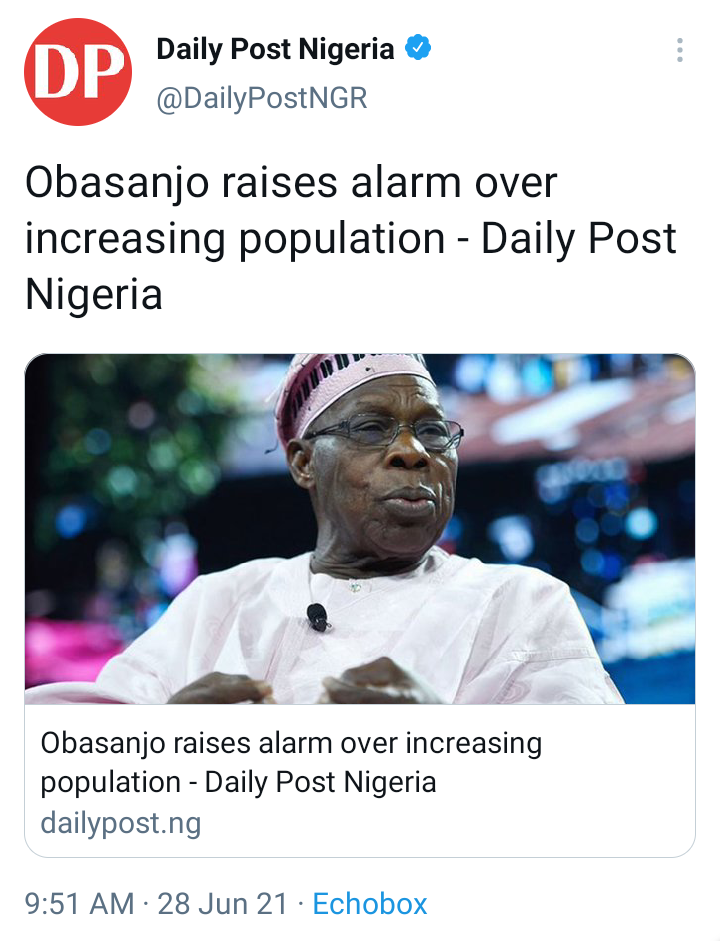 Former Nigerian President, Olusegun Obasanjo has expressed concern over rising population in the country, saying if proper measures are not put in place to manage it, the country may land in a serious crisis.

Obasanjo, who spoke at the weekend in Abeokuta, the Ogun State capital, said the country’s population is becoming a liability due to its improper management.

The former president predicted that with the current geometric population growth, Nigeria may emerge the world largest country by the year 3000. 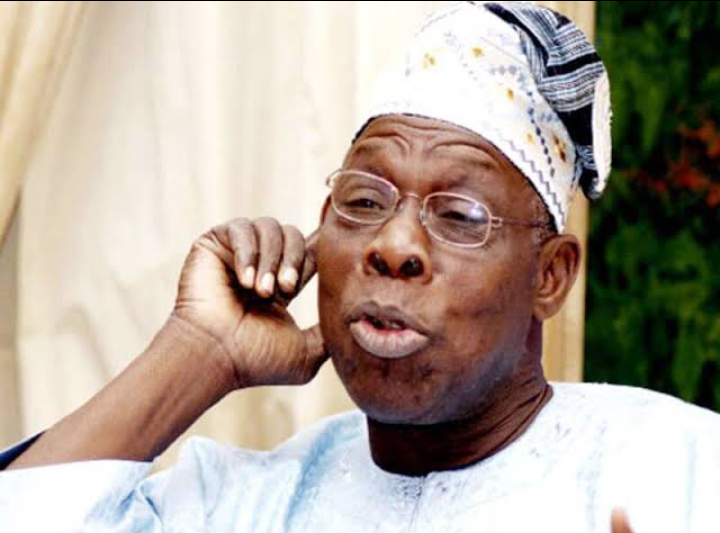 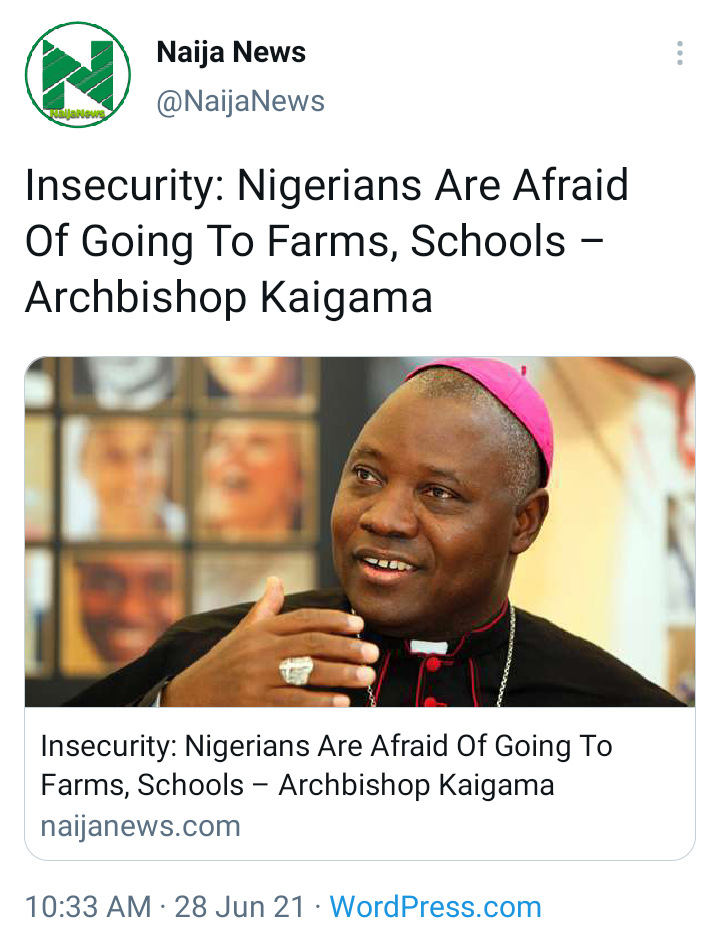 The Catholic Archbishop of Abuja, Most Rev Ignatius Kaigama, on Sunday lamented over the state of insecurity in the country.

The cleric further stated that farmers are now scared to go to their farms, adding that students are also afraid of going to school due to fear of kidnappers and bandits.

Kaigama stated this during a sermon at Sacred Heart Parish, Nnamdi Azikiwe International Airport in Abuja on Sunday. 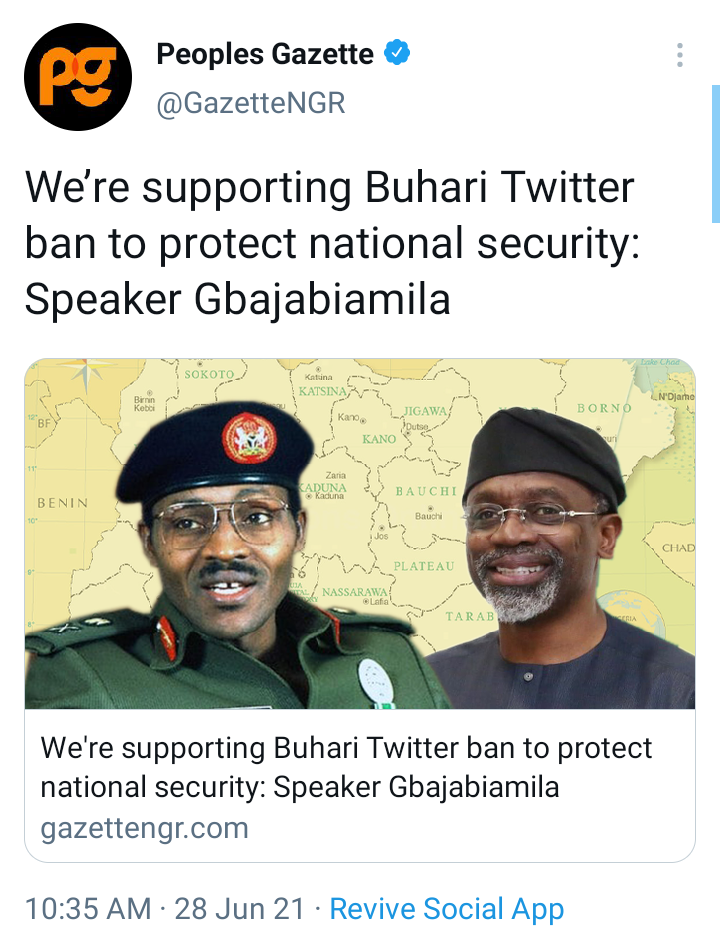 Mr Gbajabiamila stated this on Sunday during a Channels TV programme.

Before his latest comment on the Twitter Ban, the speaker had refused to state his stance on the microblogging suspension by Mr Buhari’s regime. 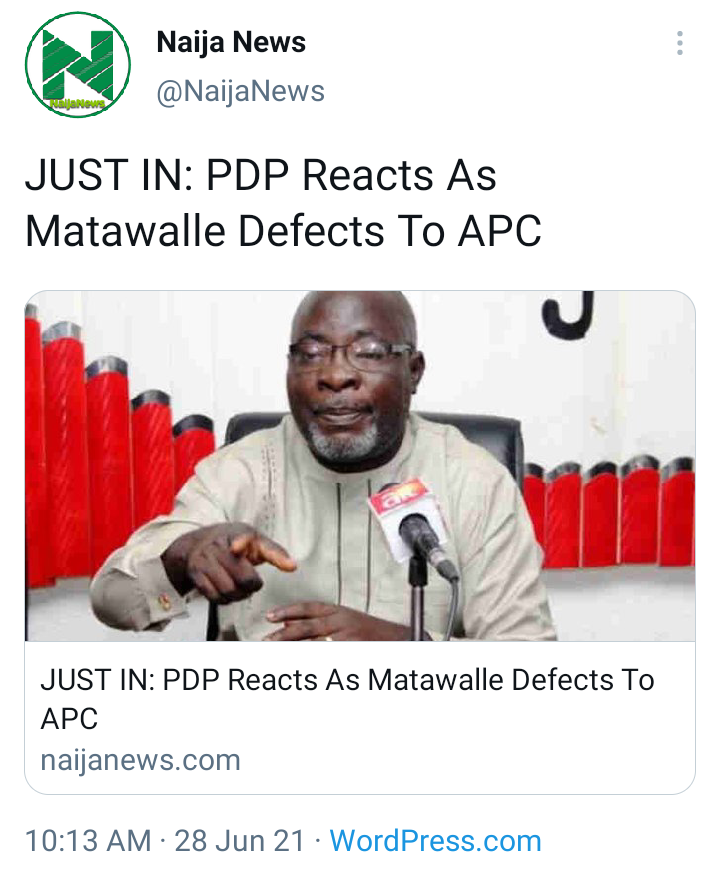 The Peoples Democratic Party (PDP) has reacted to the planned defection of Governor Bello Matawalle of Zamfara State to the ruling All Progressives Congress (APC).

"Naija News" earlier reported that the governor is set to end months of speculations and formally join the APC on Tuesday, June 29.

But in a statement on Monday, PDP’s National Publicity Secretary, Kola Ologbodiyan, said the opposition party is not bothered about the governor’s defection.