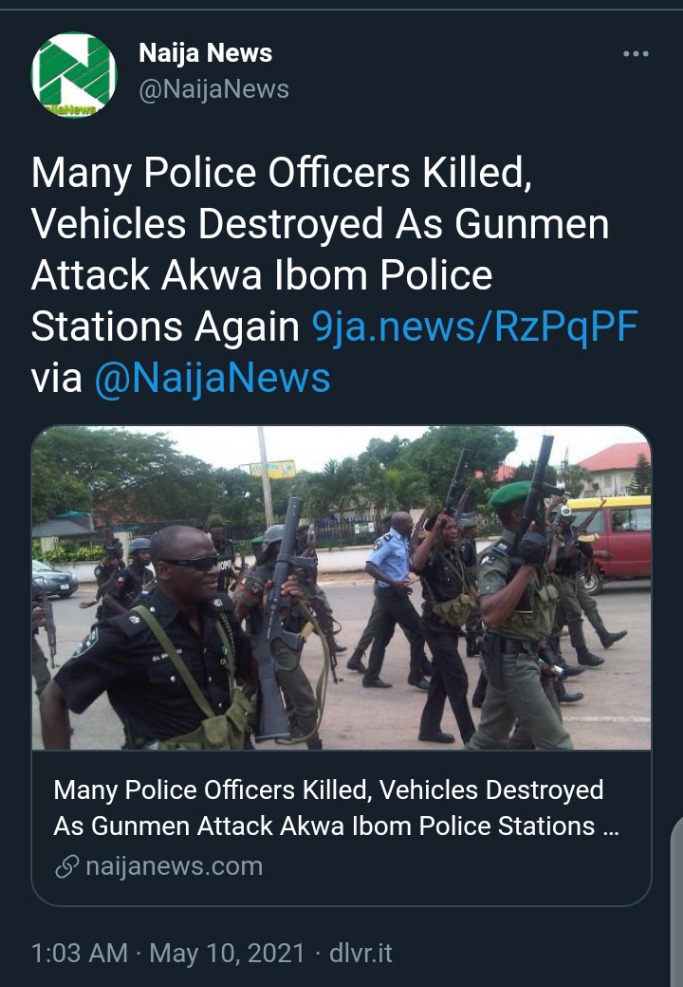 Not less than five police officers as well as the wife of an officer were reportedly killed during the fresh attack.

It was also gathered that vehicles and other valuables were also destroyed by the gunmen.

Although as at the time of filing this report, the Akwa Ibom State Police Command was yet to issue an official statement on the matter, the State Police Public Relations Officer, Odiko MacDon confirmed the incident to Channels Television.

He said: “Yes, there was an attack of the Divisional Police Headquarters, Odoro Ikpe. Six persons, including five officers and a wife of an officer, were killed.” 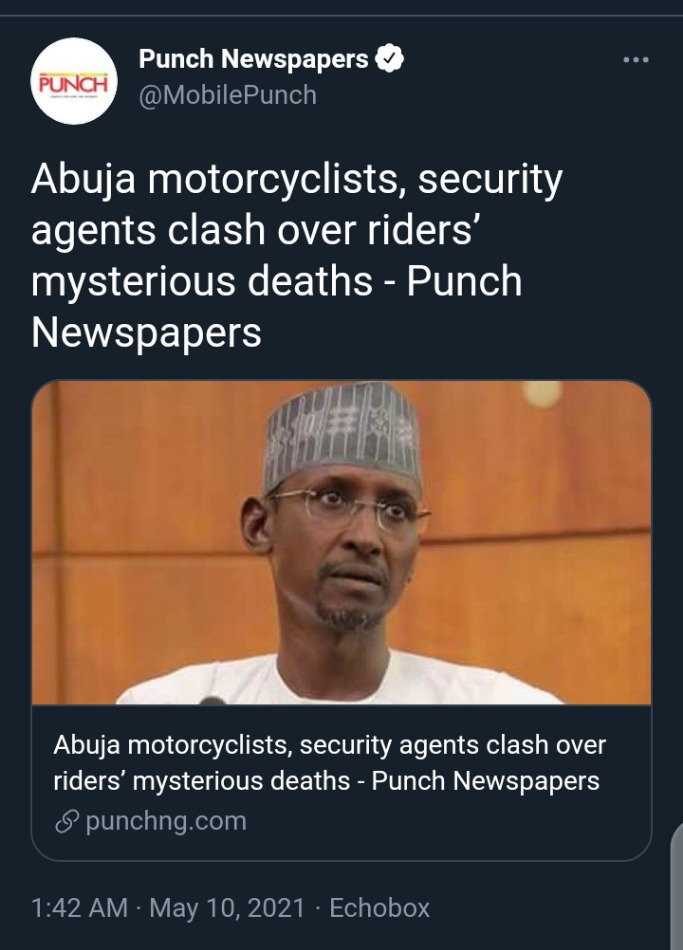 Crisis erupted on Sunday in Karu, one of the satellite towns of the Federal Capital Territory, Abuja, when some commercial motorcyclists clashed with security operatives.

The security operatives were said to have been drafted to the scene to restore normalcy when the motorcyclists, who were protesting what they called the mysterious death of two of their colleagues, went on the rampage and started vandalising vehicles and attacking passers-by.

The protesters were said to have resorted to stoning the security operatives.

This was after they had blocked the Nyanya-Karshi Road, off the Abuja-Keffi Expressway, leaving motorists stranded.

PUNCH Metro learnt that the motorcyclists were protesting the alleged killing of two of their colleagues. 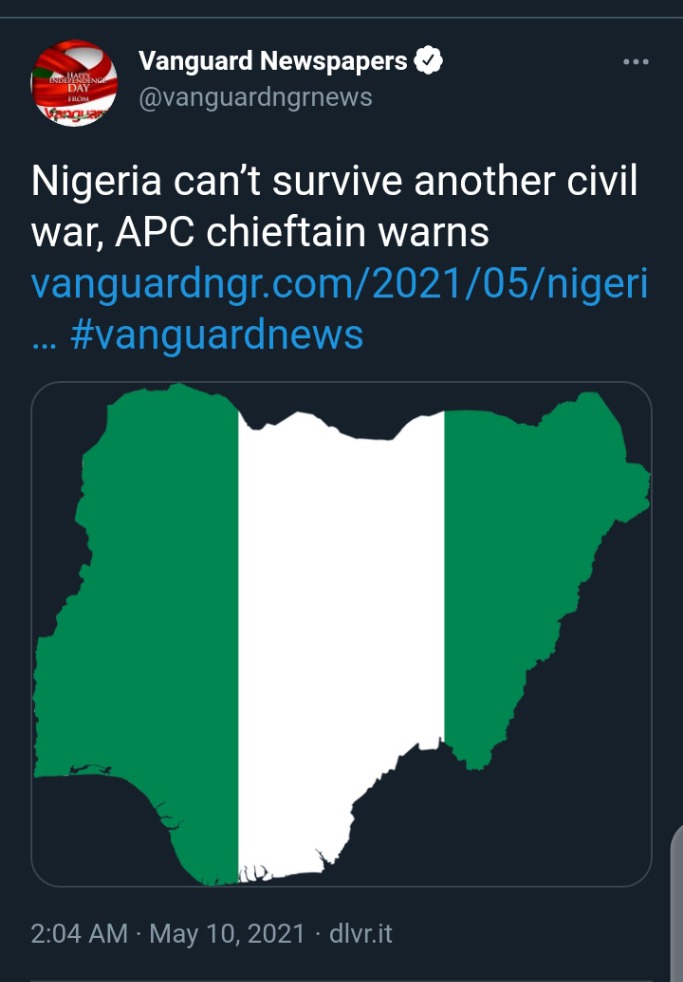 National chairmanship aspirant of the All Progressives Congress, APC, Alhaji Salihu Mustapha has warned against inciting comments capable of plunging the country into another civil war and instead seek peaceful means of resolving conflicts.

This is as Mustapha argued that only peaceful Nigeria will make possible the conduct of the 2023 general elections to birth a new government.

He disclosed this yesterday in a statement he personally signed and made available to newsmen in Abuja. 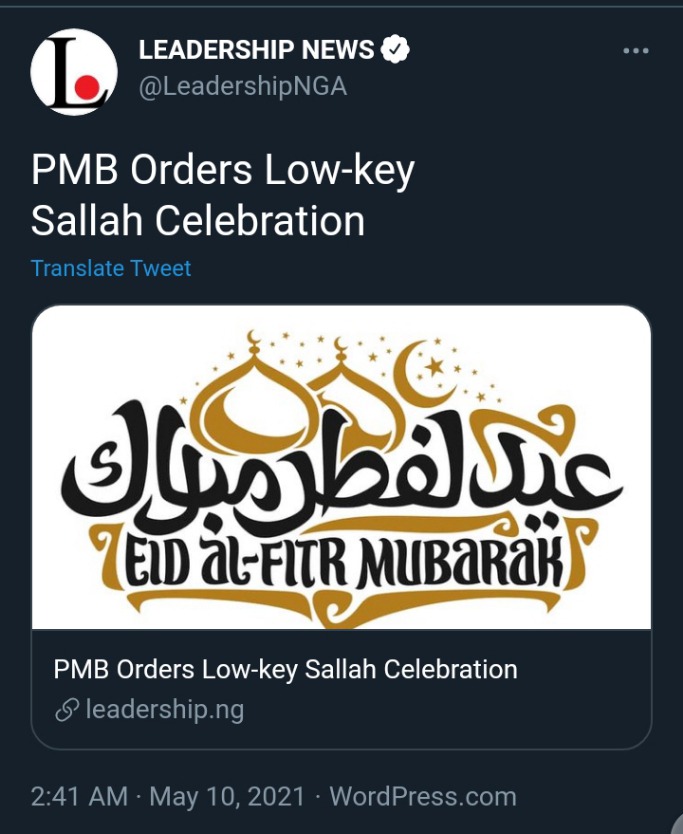 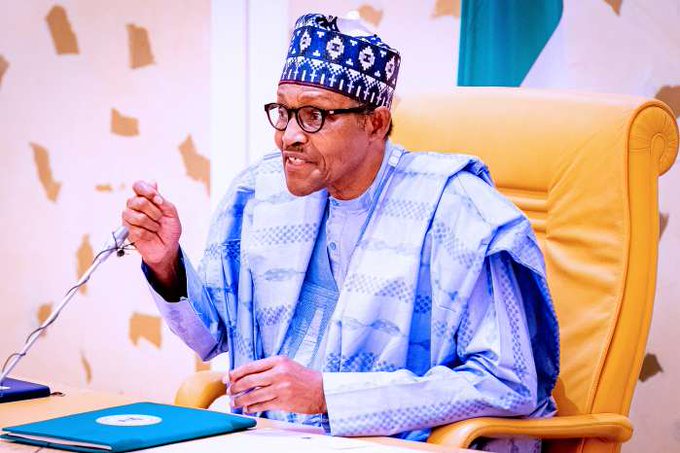 As Muslims in Nigeria prepare for Eid-el-Fitr to mark the end of the Ramadan fast, President Muhammadu Buhari has directed that all celebrations be limited due to the coronavirus crisis.

To this effect, the president, his family, personal aides, members of cabinet and service chiefs who choose to remain in Abuja, will congregate in full compliance with COVID-19 protocols at the forecourt of the presidential villa to observe the Eid prayers at 9:00am on the fixed day.

Thereafter, presidential spokesman, Garba Shehu, said there will be no traditional Sallah homage to the president by religious, community and political leaders. As was the case last year, the president encouraged such leaders to be content with modest celebrations at home in view of the pandemic.

Shehu, in a statement he issued yesterday, said President Buhari specially thanked the Ulama (Islamic clerics) and all other religious (Muslim, Christian) leaders who continue to pray for the wellbeing of the country and its people. 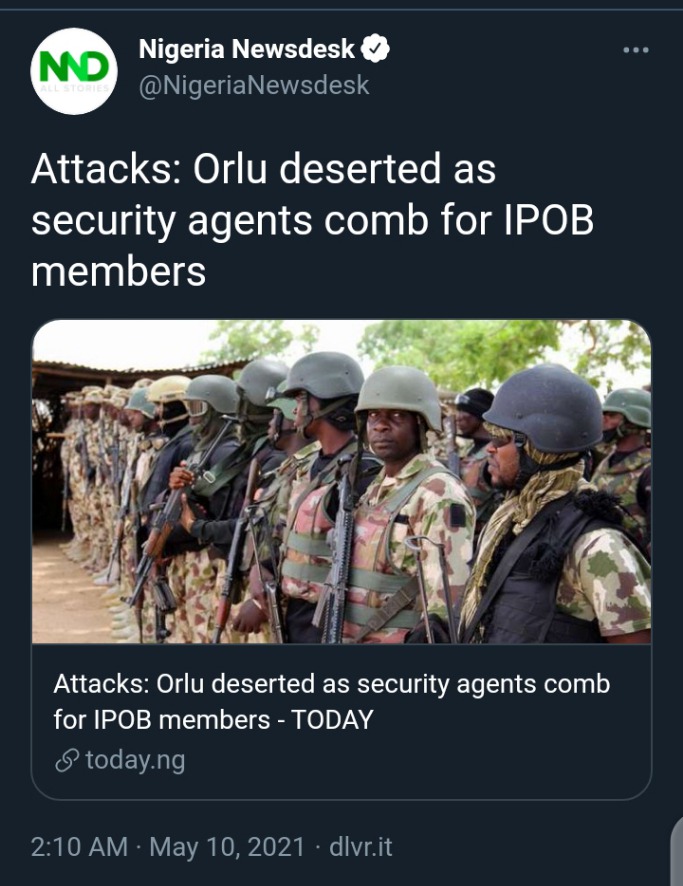 Orlu, the commercial and social centre of Orlu Local Government Area of Imo has been deserted following a massive manhunt for members of Eastern Security Network (ESN), the militant wing of the Indigenous Peoples of Biafra (IPOB), which has been waging a relentless war against security men.

The group is said to be behind the spate of attacks on military and police formations, including public institutions.

The latest in their atrocious acts was a failed attack on the Orlu Divisional Police Headquarters, in which 11 of them met their waterloo.

Newsmen gathered that the heavy police presence in the commercial city has forced many residents indoors as fear of indiscriminate arrests heightened.

They are also afraid of being caught up in an eventual gun duel between security men and the “unknown gunmen”.