I Will Witness Yoruba Nation, Don't Be Afraid — Prof Akintoye Speaks On His Kidnap Rumour

By Alrasad (self meida writer) | 17 days 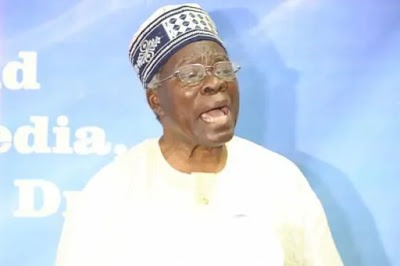 The professor debunked rumours that something evil had happened to him. He said he was at home having breakfast with grandma and that nobody came over to harass him. He said he and other Oduduwa agitators have not done anything wrong by asking for freedom from the government, saying the Omo Ilana Yoruba Group wants their country out of Nigeria and they want it in a hurry.

Speaking on his absence at News Agency of Nigeria Press Conference held on Saturday, the Professor of History said he took advice made by one of his aides to have some rest at home while sending a representative to convey his message at the said conference.

He, however, sent a greeting all Yoruba sons and daughters who has been bothering about his whereabouts. He also asked them to be happy for the fact that Yoruba has resolved to have their own nation. He said he is well and sound.

"I will witness Yoruba nation, don't be afraid. If I am absent in any occasion, it may be that I am into some other things. Our liberation is near and I will stand by you till the day comes," Professor Akintoye assured.

Professor Akintoye, the Alana and President of all Yoruba sons and daughters reacted to wide speculations that he had been kidnapped, saying it is untrue. He described as fake news and handiwork of the peddlers.

You can listen as:

What is your take about the kidnap rumour about Professor Banji? Do you have any message for him, kindly drop in the comment section.

Pastor Adeboye's Son That Died Recently Had Two Little Daughters, See Photos Of Them And His Wife