A man in his 30s has confessed to being a member of the proscribed Eastern Security Network (ESN) and Indigenous People Of Biafra (IPOB) after he was arrested by police officers in Imo state. 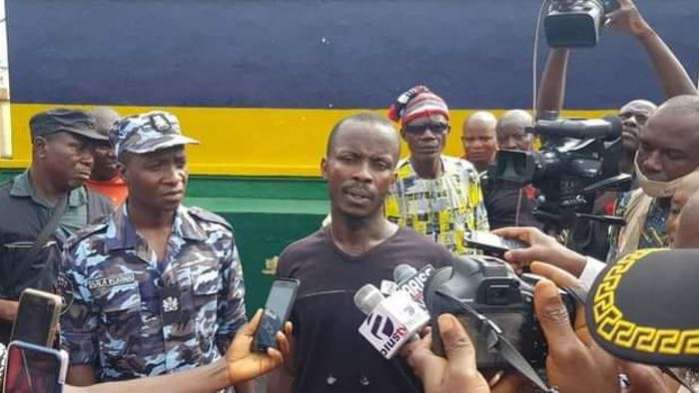 The Nigeria Police Force has accused ESN of being responsible for some of the attacks on its officers in the SouthEast, the former Inspector General of Police Ibrahim Adamu alleged that IPOB and ESN were responsible for the attack on police command headquarters in Owerri.

The police in a joint operation with other security agencies have been deployed to the region en mass and multiple stings operation have since been conducted.

Some hours ago, another commander of ESN "Dragon" was killed in a gun battle with the Police after they attempted to attack another police station in Imo. The Policemen engaged the hoodlums and five of them was killed, only one of them survive but he was arrested by the Police. 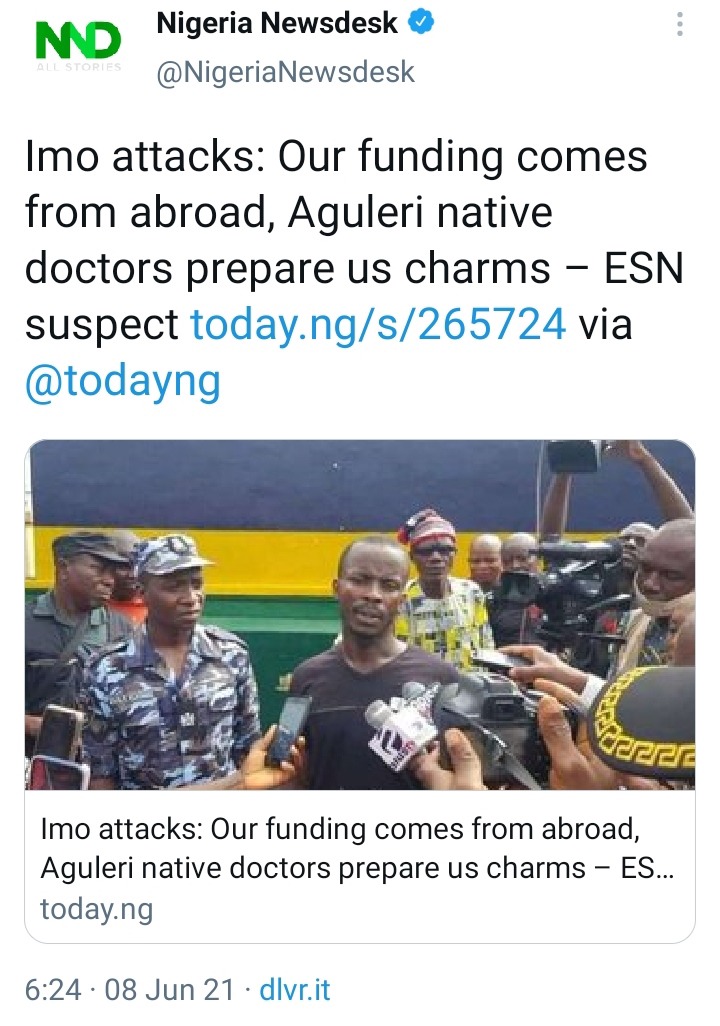 The arrested ESN suspect revealed that he was recruited by "Dragon" for three days. According to Nigeria Newsdesk, the suspect confessed that their sponsors are sending money to them from abroad.

When he was asked about how they acquired their assault rifles, the suspect confessed that "He (dragon) told us to kill police people and collect their guns". He also alleged that it is the late commander that feeds and pays them.