By KeenReport (self media writer) | 8 months ago

The issue of extra-judicial killings in Jos, Plateau State has added to the high rate of insecurity in the Northern region and Nigeria generally. Security agents in Jos and neighbouring States have been put on red alert to curtail any reprisal attack after unknown gunmen killed 25 Muslims who were on their way to Ondo State after attending a program in Bauchi State.

Some hours ago, men of the Joint Task Force (JTF) and operatives of the Federal Road Safety Corps operating in Nasarawa State arrested a suspected bandit with the name Likita who is of a Fulani origin on his way to Jos. 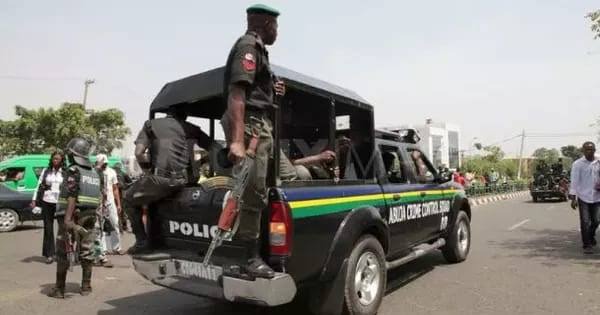 After searching him, the security agents found 53 AK 47 rifles and over 200 rounds of live ammunition on him and this got many people surprised. The news about the arrest of the 35-year-old has been seen as a breakthrough by the security agents whose constitutional responsibility is to protect the lives and properties of Nigerians all over the country.

However, the police and the public need to understand that getting to the root of this case is what Nigerians would want to hear and also making a major arrest over the incident will go a long way to make sure that people who fuel insecurity in the country are brought to book. 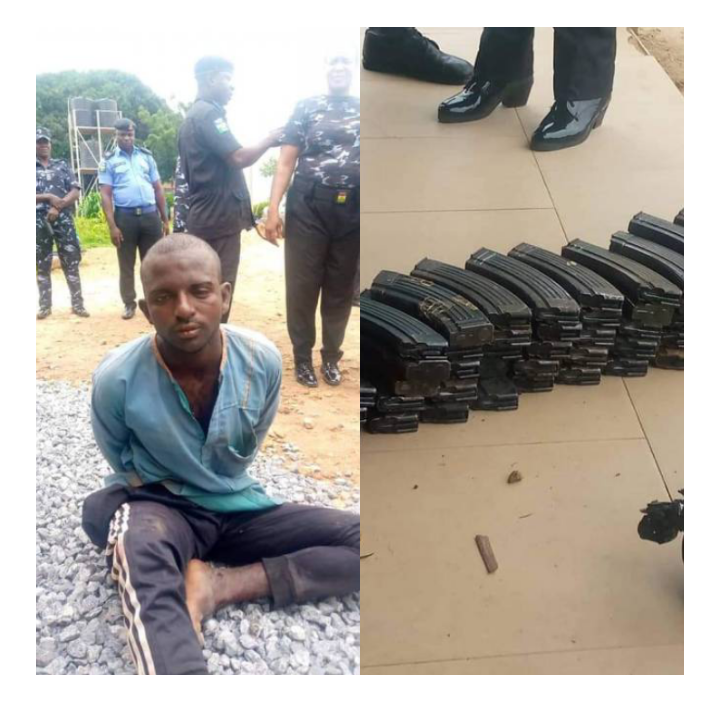 Likita with arms and ammunition found in his possession || Sahara Reporters.

In this article, we shall be looking at two (2) things the police should try and do to unravel the circumstances behind Likita's possession of arms and ammunition.

1. He Should Be Used To Track Others- One of the things responsible for insecurity or attacks in a place is the involvement of more than one person. There have been reports of arms proliferation through the border and despite that the security at the border has been tightened, armed bandits still get hold of guns and other weapons to cause chaos in the country.

Although Likita didn't disclose the exact location he was heading to, he only confessed that six other members of his gang with arms and ammunition are on their way to Jos via motorcycle to the same location. This means he could not have single-handedly gotten the guns he was trying to smuggle to Jos if not that he has the backing of others who may be involved in heinous activities. Likita is a civilian and his possession of 53 AK-47 rifles should be a wake-up call to security agents, so they should try to use him to track others.

To make a breakthrough, police should ask him to cooperate with them and allow him to take them to or mention names of other people who supplied him with the guns and ammunition he was taking to Jos. If this is done, I believe the killings in Jos would go down and the perpetrators get arrested and prosecuted.

2. Where Exactly they are taking the Guns and Ammunition To- Another way of making a breakthrough and restoring peace in Jos and other places in Nigeria is to identify where exactly the ammunition is being taken to.

There are many towns and villages in Jos and we shouldn't just conclude that the Fulani man is taking the weapons to where there is a crisis in Jos without considering other possible options. If Likita's mission is to supply the ammunition to some people in Jos, they should not reach a quick conclusion about his destination, but he should be made to tell the police and other security agents involved about where exactly he was taking it to and the purpose of taking it there.

After telling them his destination in Jos, detectives should swing into action and arrest those he must have mentioned so that the killings going on in Jos could become a thing of the past.

What can you say about the points presented above?