By Naijagym (self media writer) | 1 month ago 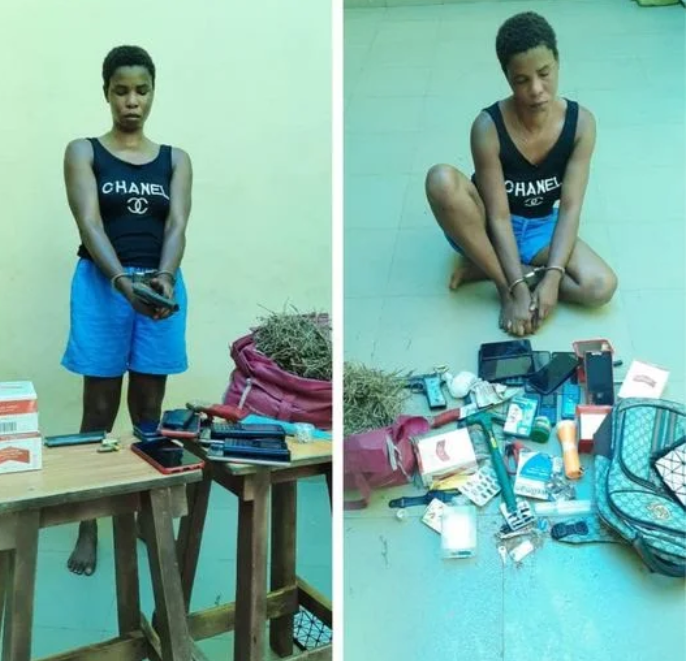 Blessing Oghule, was detained after reportedly being caught with a forged Beretta pistol, five rounds of live ammo, and illegal substances.

DSP Bright Edafe, the command's spokesperson, said in a statement on Monday, October 25, that Oghule was arrested together with three other suspects during an operation on black spots in Asaba's Abraka axis.

Five suspected stolen phones, a bag containing chemicals suspected to be cocaine, and Indian hemp were found from Oghule, according to the PPRO.

Content created and supplied by: Naijagym (via Opera News )