By Castro_cahn (self media writer) | 22 days ago One thing the South-East region is known for apart from their rich culture is the relative peace residents enjoyed in the past. As it seems, some criminal elements are beginning to make life unbearable for these residents. These groups of outlaws are beginning to attack strategic locations like houses, offices of those that are against their agenda.

The outlawed groups causing havoc in the region are mainly a masked group called "Unknown Gunmen" and the dreaded Eastern Security Network formed by members of Indigenous Peoples of Biafra (IPOB). Although these groups are proscribed, they have however continued to find ways to attack innocent citizens at night and sometimes during the day. 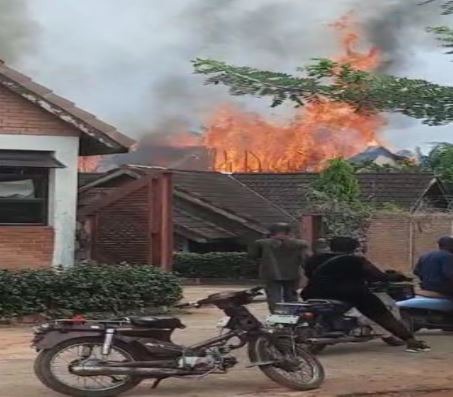 Recently, the dreaded group attacked the home of All Progressive Congress Chieftain, Joe Igbokwe. They did not stop here, they went further to attack DSS and FRSC offices in the South-East.

Barely 72 hours after the attack, the Anambra State Commissioner of Police, CP Tony Olofu has visited the site of the incidents. The CP also charged the officers on the ground to ensure that such never happens again.

After the visit, we have decided to come up with things to expect after Unknown Gunmen razed the home of Igbokwe, others in the South-East.

2• The second thing to expect is an emergency meeting between South-East governors on security. I think the South-East governors need to forget their differences now and ensure that they eliminate all criminals in the region by forming one united security forum. They need to put to an end the activities of Unknown Gunmen in the region, immediately.