He Is One Of The Main Sponsors Of Various Killings In Imo State, Army Reveals After Arresting Eze 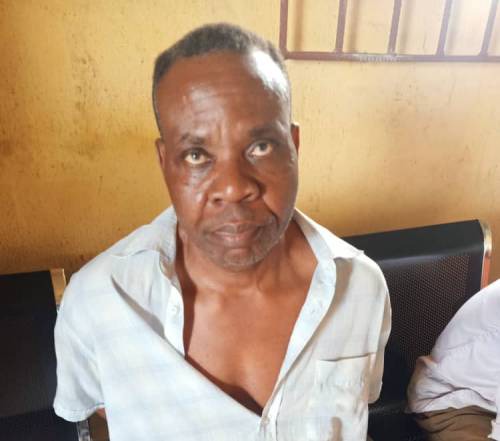 In a statement issued on Wednesday night by the Army Public Relations Officer, Brigadier General Mohammed Yerima, he noted that Awurum Eze is one of the main sponsors of the various killings and attacks on government facilities in Imo State.

The Army spokesperson disclosed that Eze has been on their wanted list, following the confessions of many arrested IPOB and ESN members who testified that he is their second in command, key sponsor and mastermind of their criminal activities after the death of Ikonso.

Brigadier General Mohammed also revealed that from the information at hand, only Eze and late Ikonso have a direct communication link with the fugitive leader of IPOB and ESN, Mazi Nnamdi Kanu, he added that more investigation is ongoing to apprehend more members of the ESN within the South-East region.

Content created and supplied by: 1st_mayor (via Opera News )

OPINION: Three Reasons Why Senator Abaribe Could Be Arrested For Wearing A Dot Nation T-shirt