By Newsn (self media writer) | 3 months ago 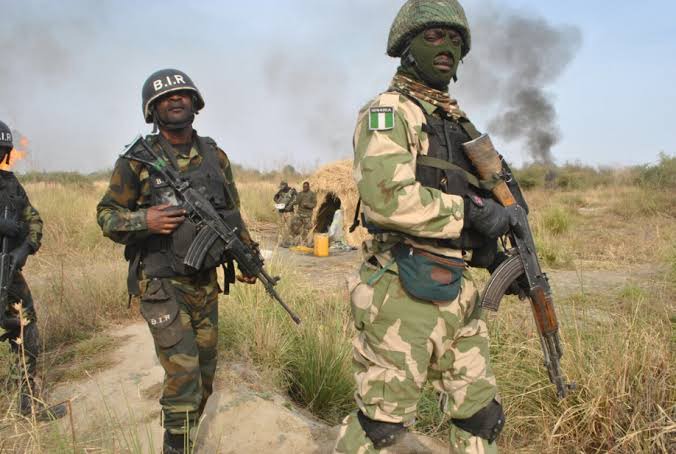 Some residents of the Izombe community in Oguta Local Government Area of Imo State are counting their losses after the military raid on illegal oil 'bunkering' was carried out in the area.

According to reports, many residents of the community have been rendered homeless as over 70 houses were reportedly razed, and properties worth several millions of naira were destroyed too.

The victims while lamenting the huge losses incurred in the raid described the military operation as “unwarranted”.

Ifeanyichukwu Onyeukwu, one of the residents of the community who described the incident as a “tragedy,” said he and his family lost everything, clothes, phones, electrical appliances, and money inclusive.

Victus Nwadikwa, another resident who is a retired driver of the Court of Appeal, maintained that he and his brothers lost 3 cars and two buildings during the raid.

According to the traditional ruler of the community, aside from his properties that were spared, he maintained that more than 70 houses, 15 vehicles, and 25 motorcycles that belong to his subjects were razed just as crops were destroyed during the raid which occurred on Friday. Some members of the community also lost cash running to millions.

In defense, the community leader maintained that his community has been relatively peaceful and, however, condemned the punishment meted at them, saying they don’t deserve it. He claimed that those that got affected by the raid never took part in the illegal oil bunkering business.