By Kiriyo (self meida writer) | 2 months 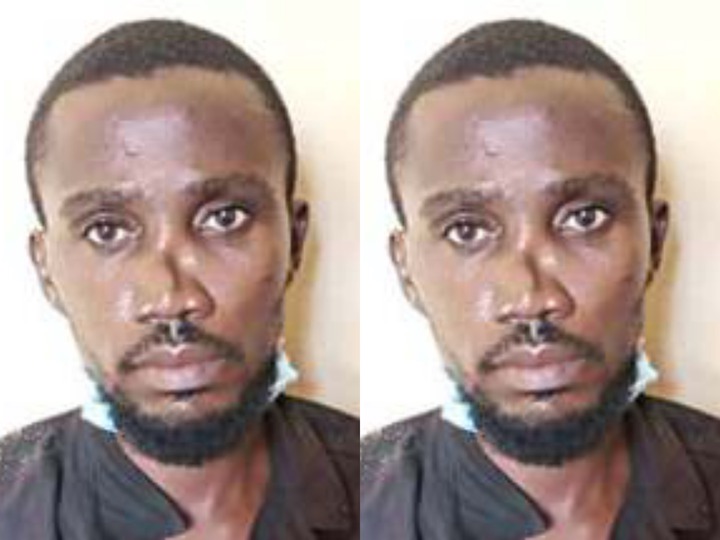 A man identified as Michael Ikechukwu last Monday at his residence, 11, Abuja street, Alaba Rago, off Mile 2 Badagry expressway, allegedly Stabbed his lover, Chinyere Orji, to death during an argument over her refusal to quit her line of trade.

According to the information made available by Vanguard news, Chinyere ensued in an argument with Michael over his call for her to quit prostitution which was her only source of livelihood.

In Michael's words, he had known Chinyere for a while and had been living with him for 3 years while she continued with prostitution, but Last year, he told her to stop prostituting because he intended to marry the mother of 2.

Things went out of hand as she kept complaining that the money he gets from Michael was not enough and so Chinyere decides that she was going to leave the house and continue with prostitution even as his 27-year-old live-in lover, Michael Ikechukwu, forbade it.

But in an attempt to stop her from going out on the day of the incident, Michael slapped Chinyere, and to further scare the 38-year-old, he reportedly slammed a standing mirror which fell and broke.

But, Unfortunately, Chinyere got stabbed in the process and she reportedly bled to death before she could be rushed to the hospital. The neighbors however called on the police who were able to arrest Michael.

Michael who claims to be in love with chinyere and never had the intention of killing her is currently cooling his heels at the State Criminal Investigation and Intelligence Department, SCIID, Yaba, from where he would be charged to court to answer questions bothering on the murder charges.

Why I Can’t Be Held Responble For My Aide's Fraudulent Actions— Ogun Governor, Abiodun

Nigerian Idol: Clinton Francis stuns in 3 new photos, says "smile as much as you breathe"