The Police Command in Jigawa has said it arrested 14 suspected criminals in Gumel and Kazaure Local Government Areas of the state. 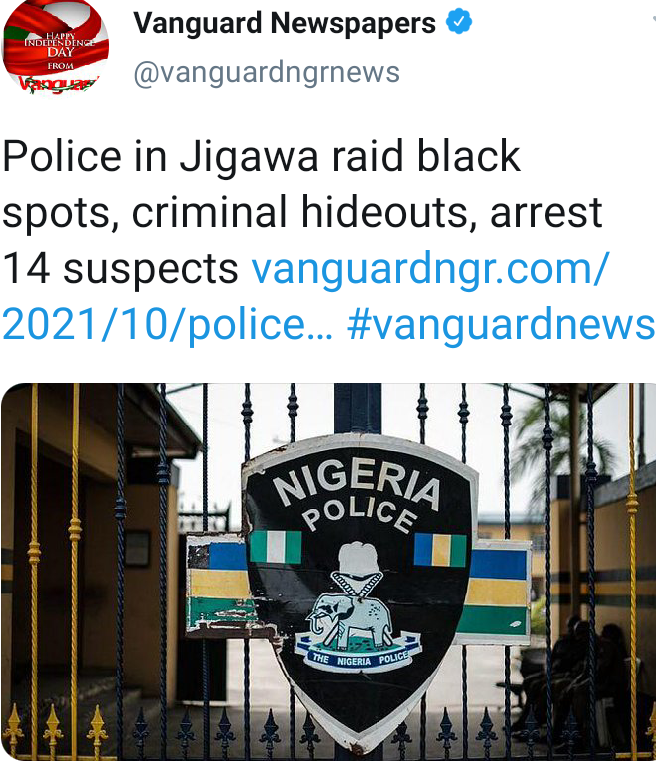 The command’s Public Relations Officer, ASP Lawan Shiisu, confirmed the arrest to the News Agency of Nigeria (NAN) in Dutse on Saturday.

Shiisu said that raids were carried out on some black spots and criminal hideouts where the suspects were arrested. 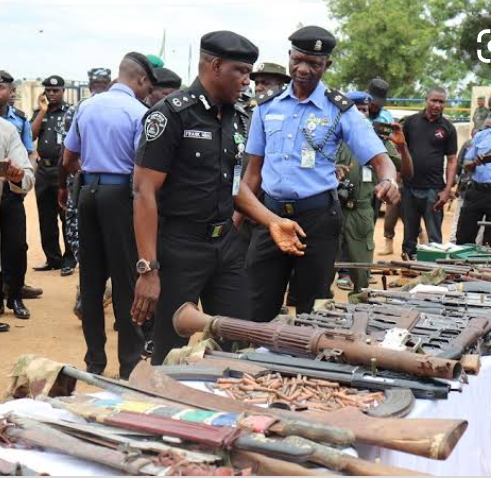 The Niger State Police command has arrested three suspected gunrunners and recovered over 567 live ammunition from the suspects in the State. 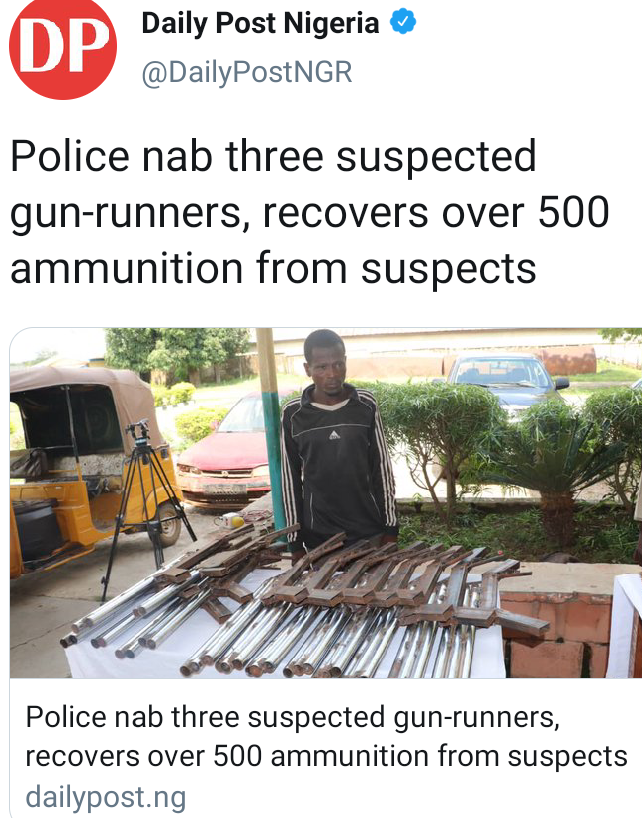 Parading the suspects in Minna, the state Commissioner, Monday Bala Kuryas said the suspects have confessed to the crime.

The state Police boss said Muhammadu Bello, aged 32 and Nura Umar aged 30 (driver), both of Birnin-Kebbi, Kebbi State were arrested by the Police Safer Highway on patrol along Makera-Mokwa road in their vehicle.

Tinubu’s return: God is the giver of life, power – NDA

Members of the Nigeria Diaspora for Aṣíwájú (NDA), have rejoiced over Friday’s return of Sen. Bola Tinubu who had been out of the country for more than two months. 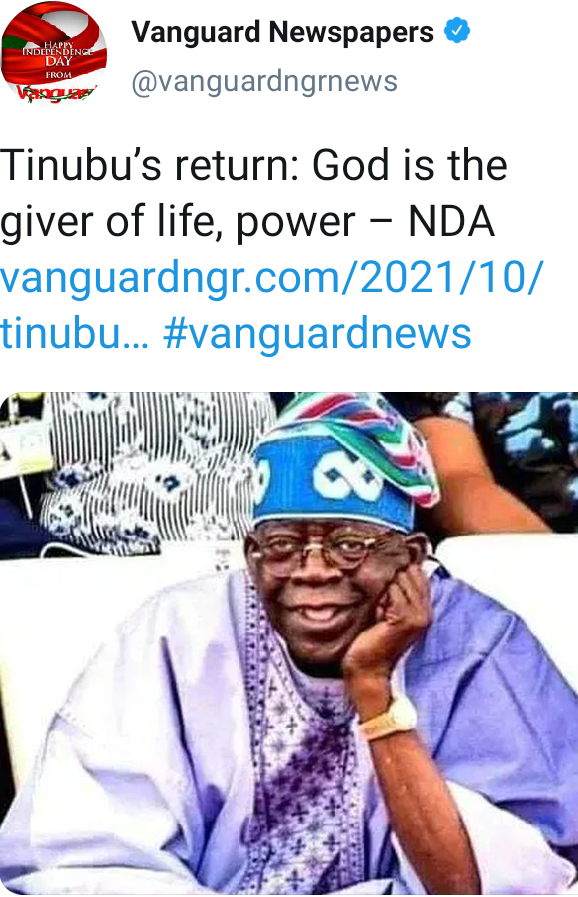 Mr Ọmọ́gbọ́láhàn Babawale, Nigeria Coordinator of the NDA in a statement on Saturday said the affairs of men rest solely at God’s disposal Who determines and gives life and power to whoever He deemed fit.

NDA is a partisan group aimed at garnering support in the Diaspora and across the length and breadth of Nigeria for the actualisation of Tinubu presidency come 2023.

The group had its headquarters in London, United Kingdom.

A total of 158 military personnel comprising 130 soldiers and 28 officers are to face a court martial for offences bordering on alleged professional misconduct. 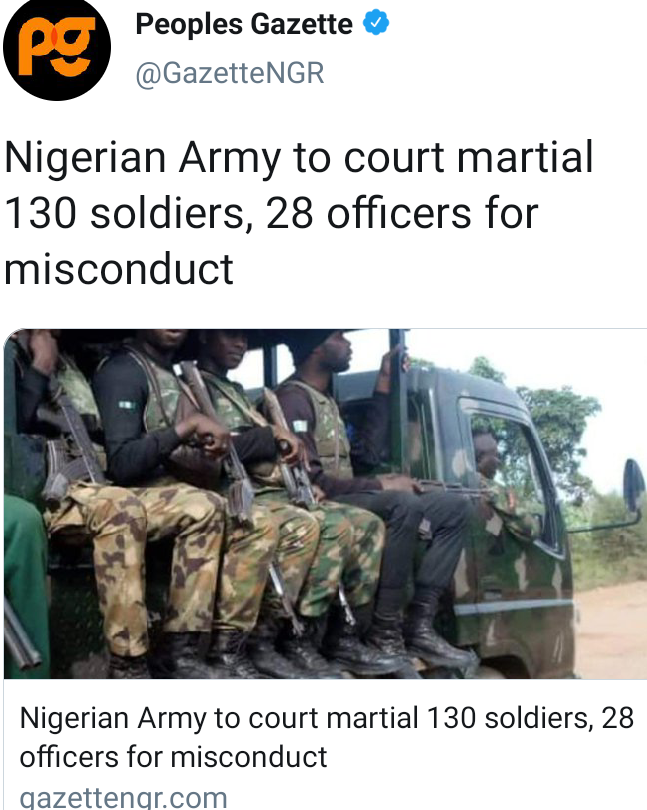 Inaugurated Saturday at the Maimalari Cantonment in Maiduguri by the Theatre Commander of the Joint Task Force “Operation Hadin Kai”, Christopher Musa, members of the panel include Bainze Mohammed, Dominic Udofa, Audu Satomi, and Rotimi Bakari.

Mr Musa said to keep the military in a state of readiness, the leadership must be ready to enforce internal discipline effectively, in accordance with extant laws. 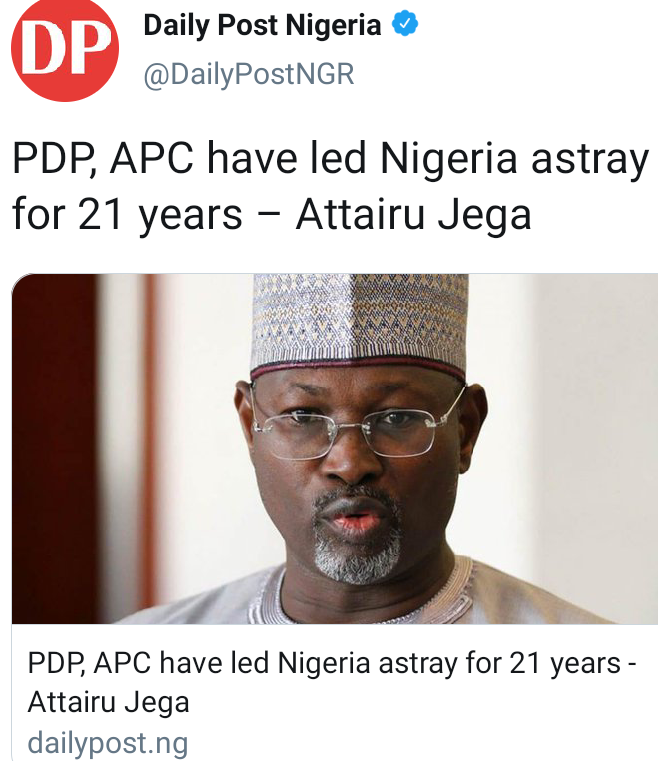 Speaking at the maiden inaugural lecture of Kwaravisioners Network for Rural Development, in Ilorin the Kwara State capital, on Saturday, Professor Jega advocated creation of new special vehicles to free Nigeria from its present strangulation.

Speaking on the theme: “Politics, Governance and Leadership Recruitment in 21st Century Democracy” Professor Jega, who described Nigeria as a failing state, urged Nigerians to work hard to change our ways for the country to move forward.

The Independent National Electoral Commission has disclosed that it has cancelled 62,698 voters card requests in Anambra State for double or multiple registrations. 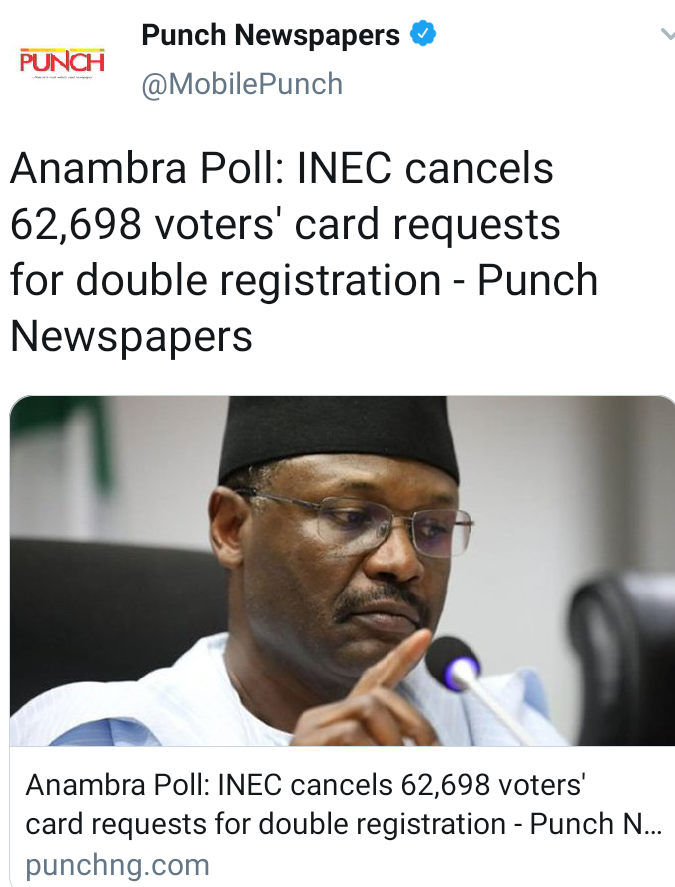 Chairman of the Commission, Prof Mahmood Yakubu, made this known in his remarks during an emergency meeting of political parties in Abuja on Friday.

The discovery of double or multiple registrants was made during the process of cleaning up the registration data for the Anambra elections.