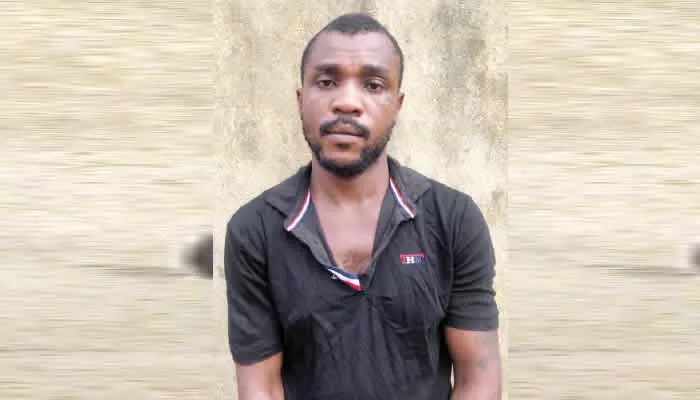 One Ifeanyi Ezinwa, a murder suspect arrested by the police in Anambra state have finally confessed to the crime he was arrested for and also revealed the reason behind his action.

According to Ezinwa, he borrowed the sum of 100k from his 19-year-old relative identified as Chukwuemebuka in the year 2020 around December and promised to pay up by January 10th, 2021.

But unfortunately, he defaulted and was unable to make the repayment, but Chukwuemebuka kept disturbing him for the fund. So he decided within himself to silence him forever.

So when the victim arrived at the destination at around 8:30 pm, the suspect launched an attack on the victim with a knife he had hidden in a bread he took to the scene.

But Chukwuemebuka was able to get the knife and stabbed Ezinwa instead. However, Ezinwa later overpowered him and strangled the 19-year-old to death.

He then went back to the town and announced that they were Waylaid by armed robbers and Chukwuemebuka got killed in the process.

But he ran out of luck when he was later arrested by the police and moved to the criminal investigation unit in Awka where he finally confessed to the crime. 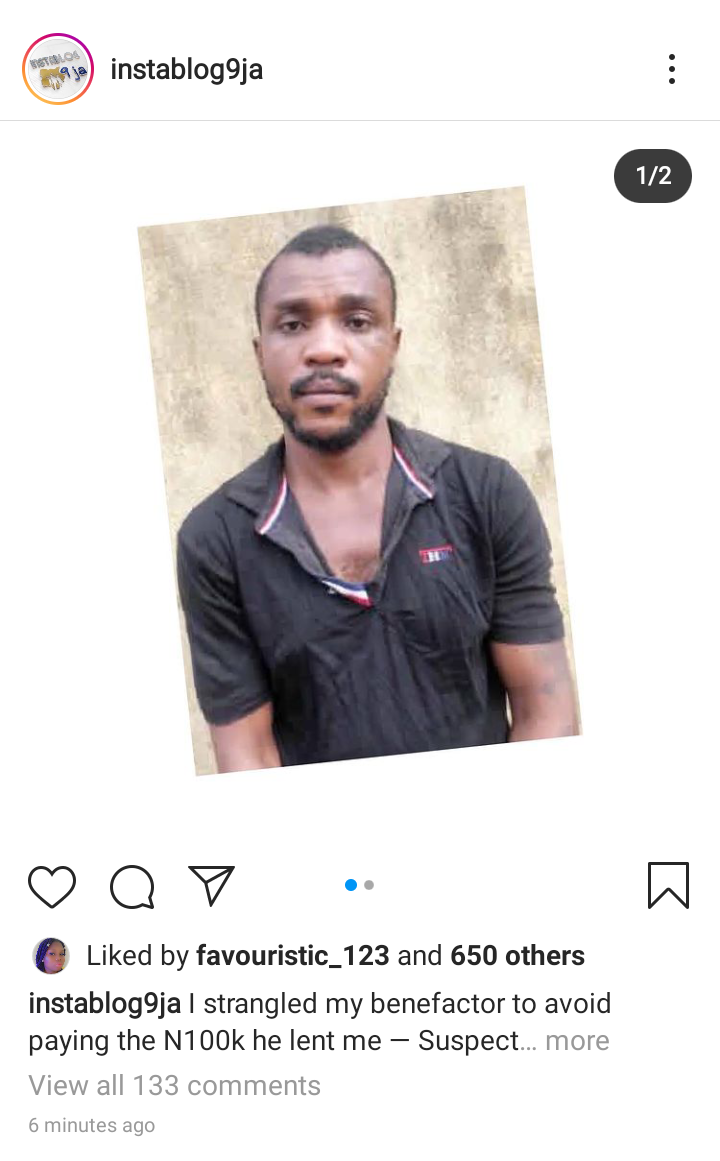