By ItzGiftNewz (self meida writer) | 1 months 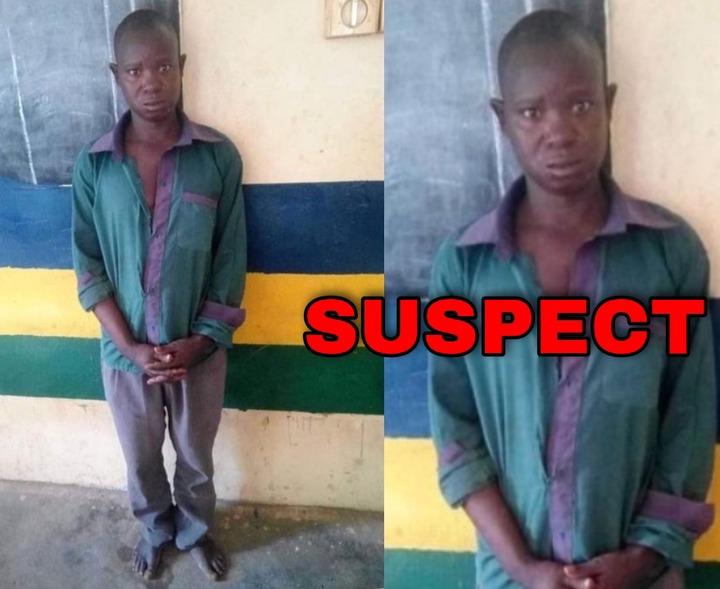 Instablog9ja Instagram page recently discloses that a jealous man has allegedly committed murder. The suspect is a 30-year-old man identified as Johnson Samuel, he decided to kill a 57-year-old man who he suspected of having affairs with his wife. It as gathered that he stabbed the victim to death over his death and later got arrested by the Nigerian police. The victim, a resident of Bakari guso village, was confirmed dead by a doctor after being rushed to the hospital. 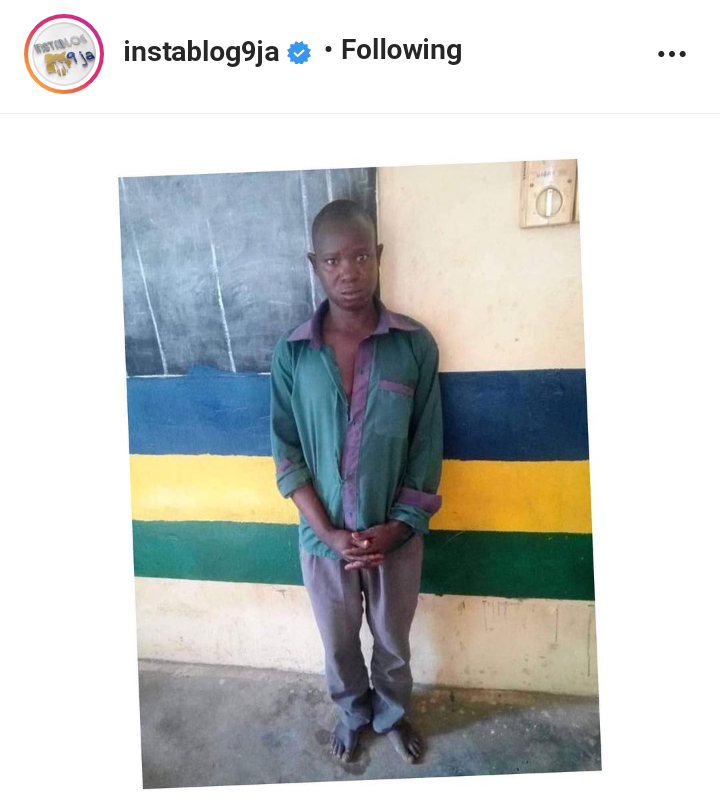 Command Spokesman, Suleiman Nguroje stated that the suspect returned home on Sunday being the 4th of April 2021 at a resident of Bandasarga village, Ganye LGA and the time was about 11pm. He suspected that the man is having an affair with his wife, picked up a knife and stabbed him.

It was recently disclosed by 'Naija News' that the PDP (People's Democratic Party) members has allegedly taken a step prevent the Governor of Zamfara State Governor from joining APC (All Progressive Congress). This is coming days after it was rumoured out that Bello Muhammad Matawalle us planning to defect to APC. 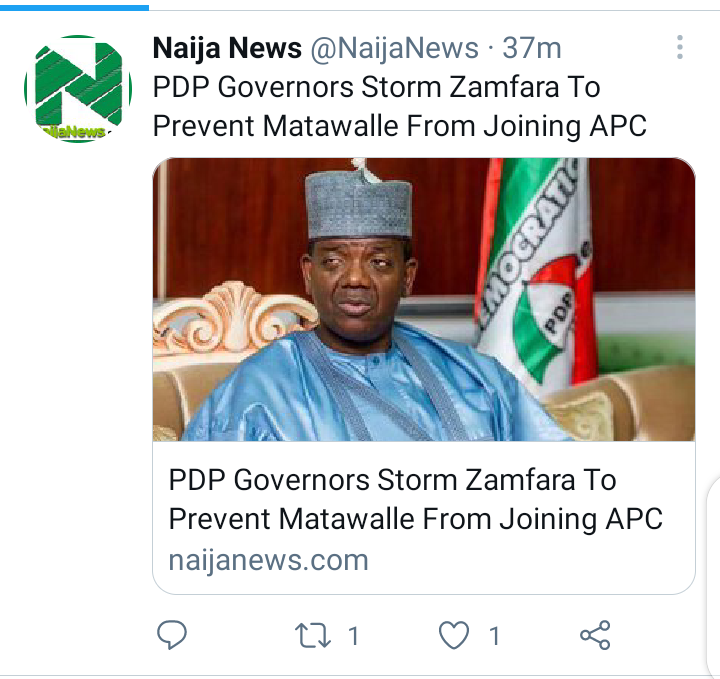 In regard to that, some PDP governors allegedly stormed Zamfara State to meet with Bello Muhammad Matawalle days after some APC members visited the Governor. 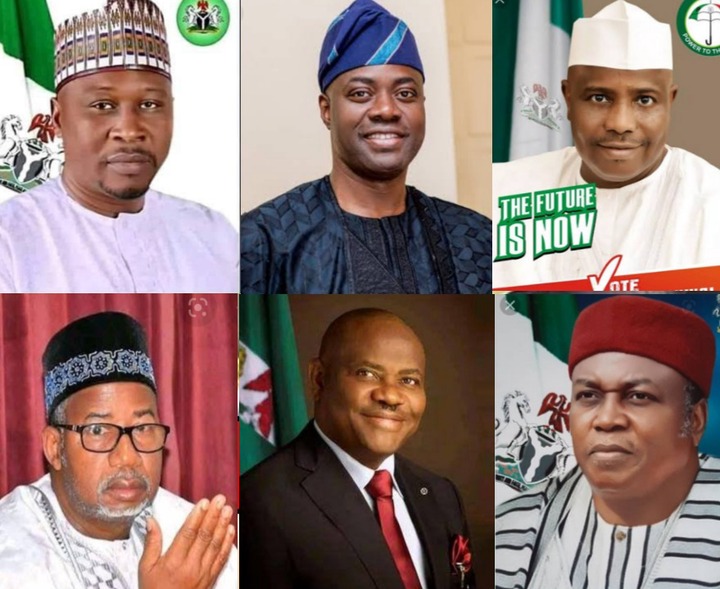 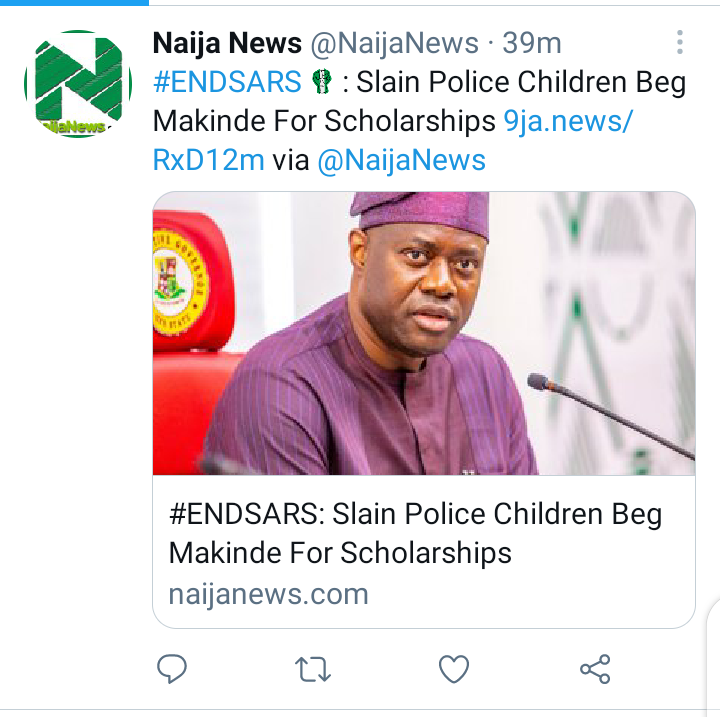 Months after the #ENDSARS campaign lots of police was killed in Oyo State. Recent news discloses that some children of the late police officers are requesting that the governor of the Oyo State, Seyi Makinde should give them scholarships in order for them to further their education. 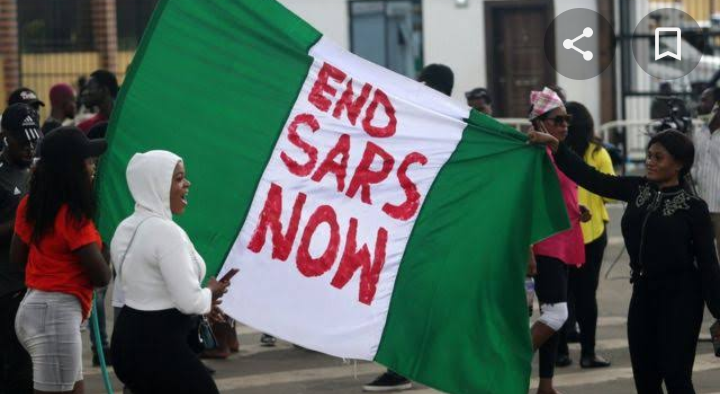 Naija News recalls that during the October 2020 END SARS Protest, five policemen were murdered by some hoodlums in Oyo State. The children of the deceased discloses that they have been withdrawn from their schools due to the inability for their mothers to financially support their education.

Here Is The Screenshot Of Statement From One Of The Children: 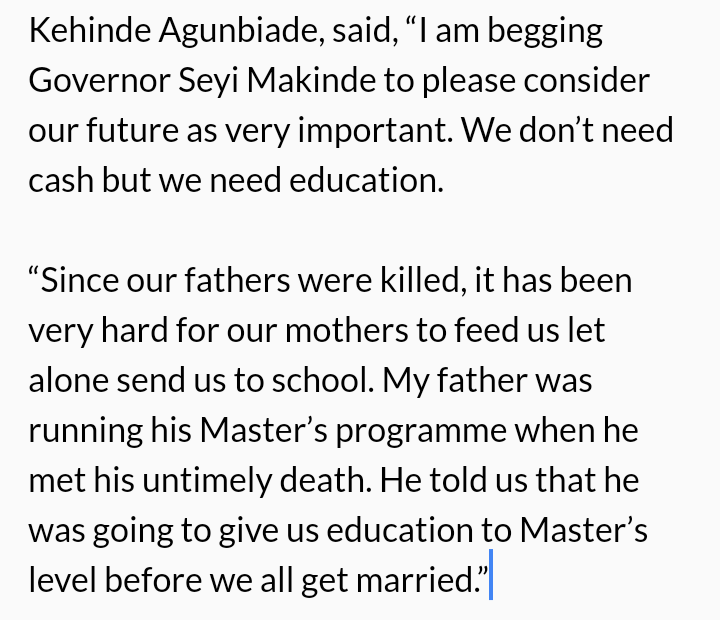 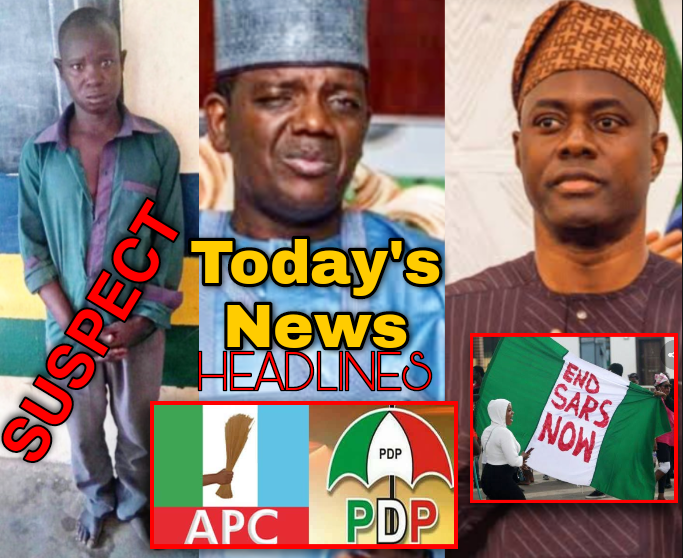 Content created and supplied by: ItzGiftNewz (via Opera News )

2 Things Reno Said After Lai Muhammed Said 'Government Knows Where Kidnappers Are, Only Being Careful'

We Are Only Avoiding Civilian Casualties, We Know The Locations Of Kidnappers - Lai Mohammed