By GistVillaNaija (self media writer) | 4 months ago 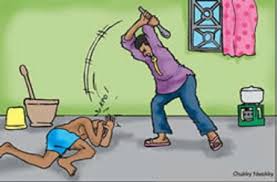 According to reports, as per The PUNCH, a man in Lagos is currently on the run for allegedly torturing his 7-year-old son to death over a piece of fish.

The man, Saviour Aniefok was said to have beaten his son, Nathaniel to death at his residence at Amen Compound, in the Shangisha area of Magodo Phase 2, Lagos State.

Saviour, an artisan, had accused his late son of stealing a piece of fish belonging to one of his customers.

It was gathered that a customer had hired Saviour to help repair a faulty microwave oven.

The customer was also said to have given the man a piece of fish to test the oven after it was repaired.

While delivering the repaired item to the customer, however, Saviour reportedly forgot the fish at his shop. He eventually took the fish home to preserve, hoping to return it to the customer on Monday.

Unfortunately, when Saviour returned from Church on Sunday, he noticed the fish had been tampered with. He was alleged to have descended on his first son, Nathaniel. 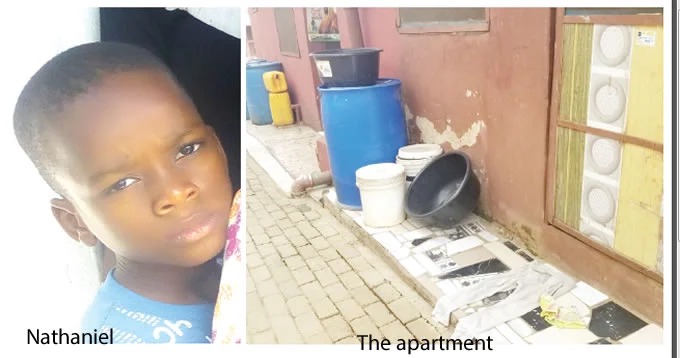 According to neighbours, Nathaniel's screams for help were heard around 10 pm on Sunday while his father was allegedly torturing him.

Saviour and three other persons were seen by another neighbour carrying the boy out of the house around 4 am the following day.

This prompted other residents in the compound to alert the Child Protection Unit of the Lagos State Ministry of Youth and Social Development, which informed the Isheri Police Division to investigate the matter.

Upon getting to the compound, Saviour was said to have absconded with his other younger son Charles, after burying Nathaniel.

According to neighbours, the children's stepmother was out of town at the time of the incident.