By Gistokoro4 (self media writer) | 1 year ago 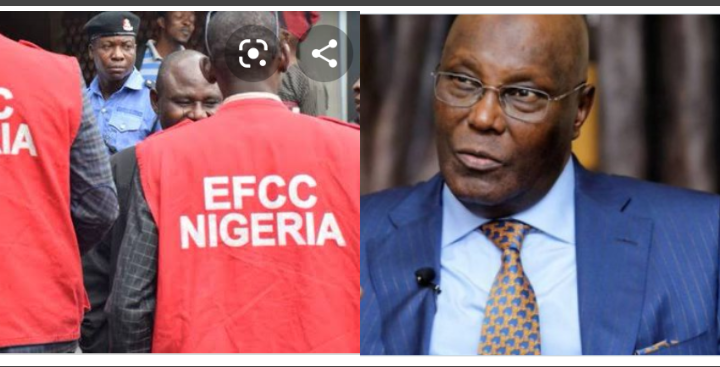 The Federal Executive Council (FEC) on Wednesday approved 1.5 billion dollars for the rehabilitation of the Port Harcourt Refinery in Rivers State.

Minister of State for Petroleum Resources, Timipre Sylva, disclosed this while briefing State House correspondents on the outcome of the Council meeting held at the Presidential Villa, Abuja. 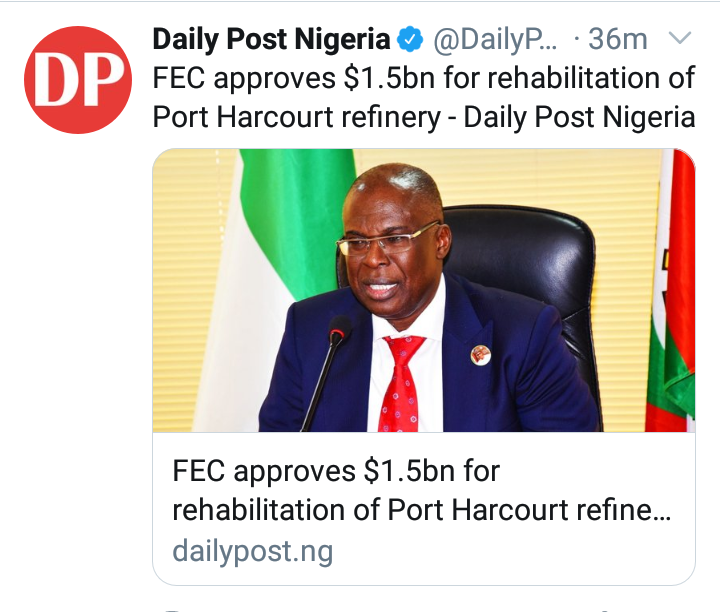 He stated that the rehabilitation will be done in three phases of 18, 24 and 44 months.

According to him, the approval was in fulfilment of the Federal Government’s desire to resuscitate Nigeria’s refineries to reduce the cost of processing petroleum products as well as boost the economy

2) EFCC to Seize Properties Belonging To A Prominent Politician.

Recently, some facts have emerged as to how properties allegedly belonging to the National Security Adviser, Babagana Mungono, but held in proxy might be confiscated by the "Economic and Financial Crimes Commission (EFCC)". 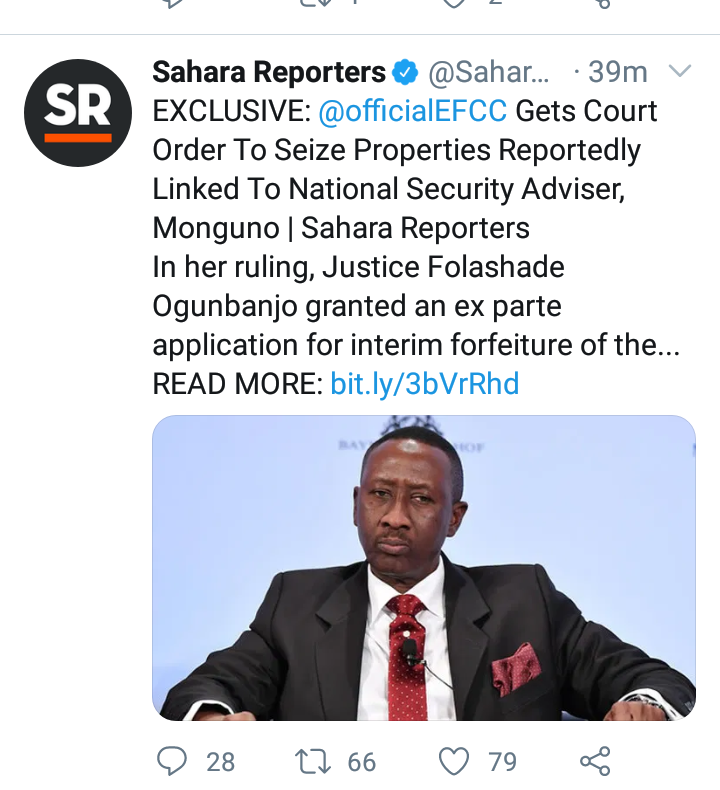 "SaharaReporters" gathered that the EFCC had obtained an interim forfeiture order in respect of the properties linked to a former Director of Finance in the Office of the NSA, Brigadier-General Jafaru Mohammed.

In her ruling, Justice Folashade Ogunbanjo granted an ex parte application for interim forfeiture of the assets and property by the chairman of the EFCC.

3) Gunmen kills a man in Jigawa.

Unknown Gunmen in Jigawa State have killed a 25-year-old man Sabo Yusuf and abducted his mother and his brother in Birnin kudu local government area.

"DAILY POST" gathered that the gunmen stormed the house of Alh Abubakar in Birnin kudu town, killed one of his sons and took away one of his wives and an eight-year-old boy. 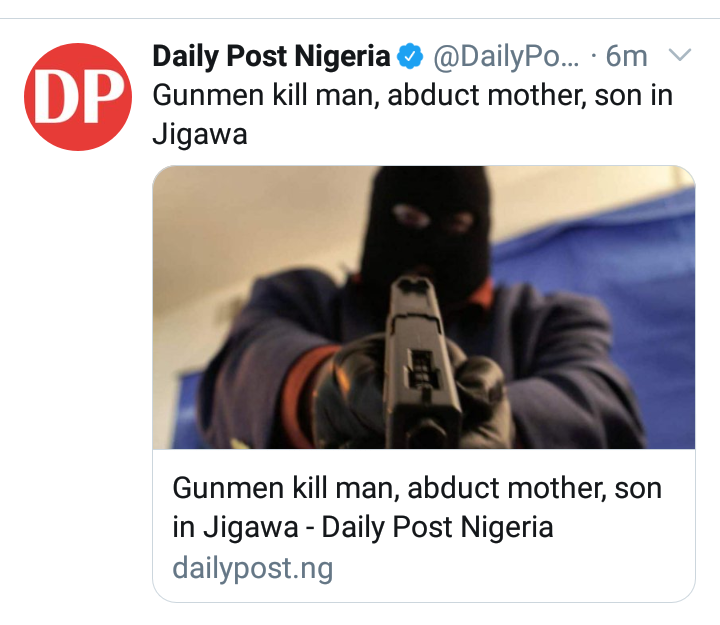 He said the incident occurred at Birnin kudu town, where unknown persons attacked and shot a man in the chest and also took away his wife and another son to an unknown destination.

Former presidential candidate of the Peoples Democratic Party, Atiku Abubakar, has suggested ways the Federal Government can secure schools across the country. 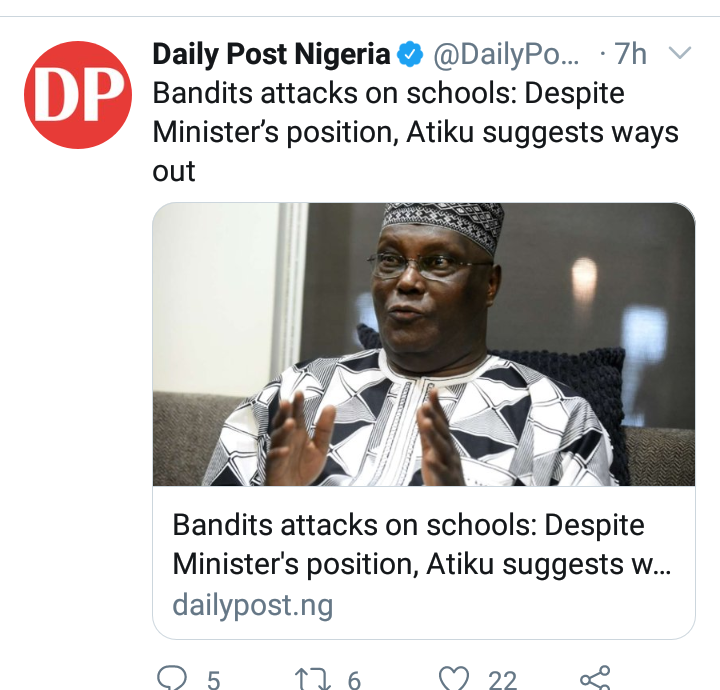 Atiku said the Federal Government should massively recruit police officers and deploy them to protect schools across the country.

The former Vice President stated this in a post on his Facebook page. He urged the government to make school children their priority.

So, what do you think about this advice given to FG by Atiku?