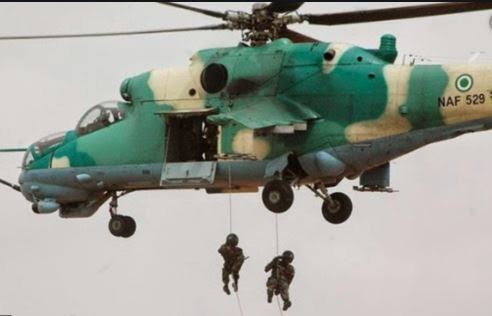 The Nigerian Air Force jets have reportedly killed several insurgents and also bombed the dwellings of their leaders at two settlements in Borno State. 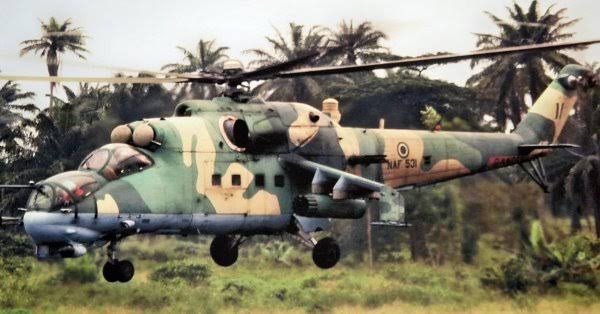 The Defence headquarters said the air raids were undertaken on Monday after credible intelligence reports and series of aerial surveillance missions indicated that “some of the Boko Haram terrorists that carried out recent attacks against innocent civilians were harboured in makeshift structures under the dense vegetation of the Sambisa Forest while others were tracked to the settlement East of Yale.”

“The attack aircraft, while taking turns to engage the targets, delivered lethal bomb and rocket strikes, resulting in the destruction of some of the structures as well as the killing of several terrorists.”

It's becoming comical amongst the comity of Nations when you keep feeding the citizenry with the uncouth news every time when the terrorist strike. It should be clear that we are not all gullible as the Northerner to take those words hook, line and sinker. A doom Nation

Sorry to say, are the air force using the bomber jet for decoration? Infact for the, no need to use land army for these kind of operation. These guys are located in a forest, lunch missiles Aba...no innocent pple with stay with these pple at this location. Na them them.

They have been technically killed like they were technically defeated and no inch of Nigeria's territory is technically under their control.

This gra, gra usually come after/ whenever Boko Haram killed 100+. This is not how to win a war. You should have attacked Boko Haram before they attacked the poor farmers.

With the way the NAF have been killing this insurgents and they are still this plenty, is it that the recruit boys always or they give births ASAP! Cos this stories no dey enter person ears again abeg

When Boko Boys kill civilians, you will see the bodies as evidence but when military kills as they say, you only hear the news. When shall we start seeing their exhibits. Yes, their dead bodies.

It's like Boko Boys leave a trail while the soldiers leave a story.

enough of this chopper pics up and down, is this how American Army run their ops, later buhari will be saying get well Trump.................Fvck

Fake news. Even if the culprit are caught, they will be rehabilitated and pait resettlement fee by this same government that claimed they are trying to end boko haram.

Let them be deceiving themselves.

We expected this after the killing of rice farmers. Yet no pictures, no videos. And until BH attacked before air force will carry out air strike. How did they know the BH camp now? What stopped them from the operations before now? They can’t even lie responsibly.

The greatest bad govt ever to govern Nigeria. Men with daggers in their smiles who deceived the people with fake promises. It's a pity what is going on in Nigeria.

Anytime Boko Haram strike and kill the innocent citizens of Nigeria, NAF will always come up with something interesting like they have bomb all the sambisa forest and they have kill insurgents. They are fooling themself not us ooo

They will always kill insurgents cos the only official terrorists group in APC administration is IPOB that has never killed. Bokoharam under APC are mere insurgents worthy of Presidential banquet at reintegration. The hypocrisy of the north is top notch.

I almost forgot that we still have Air Force in this country and I'm sure they too can't relate their job description. What a fail Country with lies and games of deceit!