The governor of Lagos State, Mr Babajide Sanwo-Olu has allegedly handed over the amputee to the police after discovering some fraud in the information and actions of the physically challenge girl.

According to the report, Mary told the public that she was an orphan; that she lost her parents in an accident and that has left her helpless in the face of being physically challenge, and resort to hawking of sachet water to survive.

The fraud was later discovered when Mary started receiving strange calls from her accomplices demanding their own share of the donations, else, she will be exposed.

The amputee's private account was said to be in possession of twenty five million naira which has generated suspicion of the girl's act.

Mary is reportedly now under the watch of traditional a ruler and other agencies to authenticate her self claims. 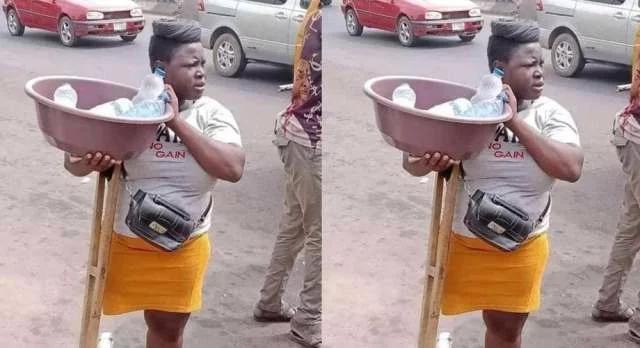 Content created and supplied by: AliyuBaba0380 (via Opera News )

Beautiful Pictures Of Actress Bukunmi Oluwasina As She Celebrates Her Birthday