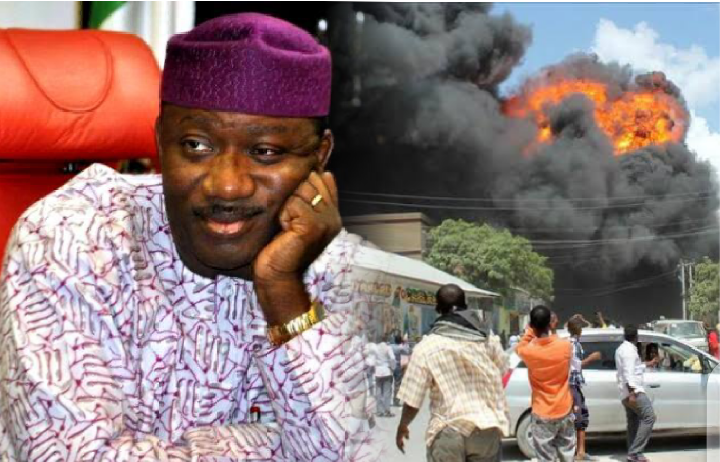 He said the fund, which he put at N3billion, was barely enough to pay salaries with almost nothing left to spend on infrastructure. 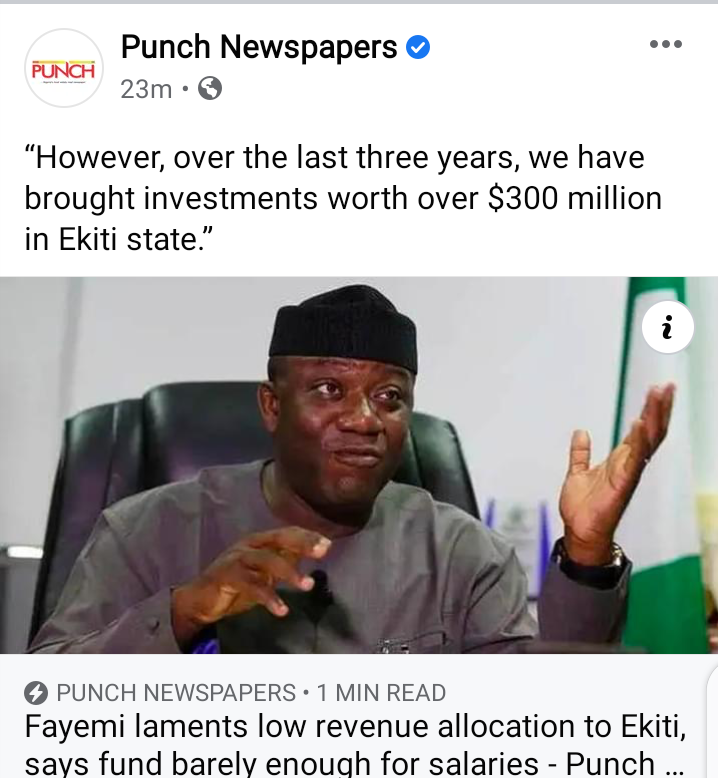 Fayemi spoke at an engagement programme with Ekiti federal civil servants and political office holders in Abuja on Thursday night.

The governor said because of the low revenue allocation, he has been relying on his ingenuity, network and support from development partners to bring development to the state.

An explosion hit a mosque during Friday prayers in Kunduz city, capital of Afghanistan’s northern Kunduz province, with casualties unknown.

“The incident occurred when Friday prayers were underway in Sayyed Abad locality at midday. So far, we have no more details, but we will try to get more information,” Matiullah Rohani from the provincial government said. 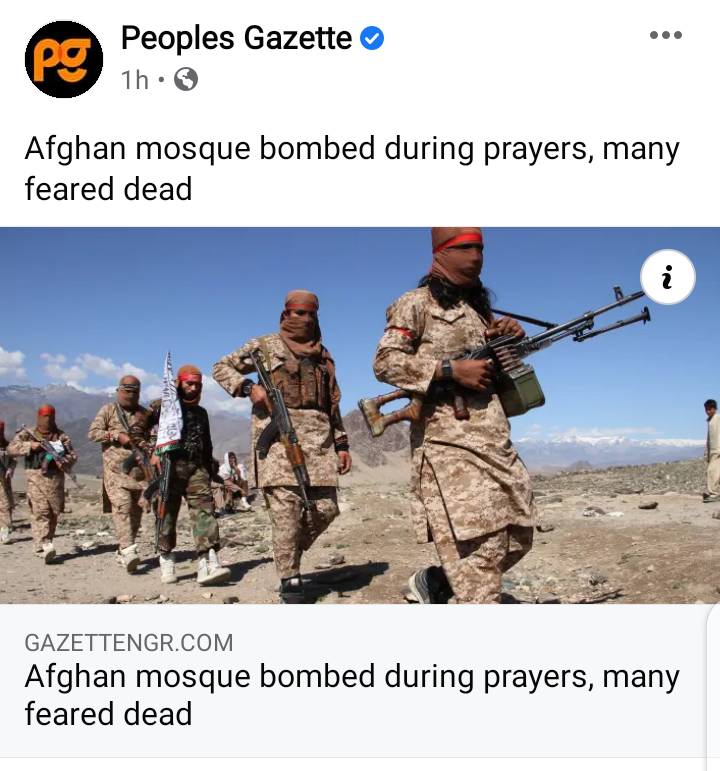 No group has claimed responsibility for the attack yet, as the Taliban security forces have cordoned off the area for precautionary measures, Mr Rohani said.

Kunduz is one of Afghanistan’s most ethnically diverse provinces with many different ethnicities in large numbers living there. It borders the provinces of Takhar, Baghlan, Samangan, and Balkh as well as the Khatlon region of Tajikistan.

The Actors Guild of Nigeria has commended the efforts of the Igbo socio-cultural organisation, Ohanaeze Ndigbo, for their efforts towards securing the release of Nollywood actor, Chiwetalu Agu, from Army custody on Friday.

This was contained in a statement signed by the AGN Director of Communications, Monalisa Chinda, on Friday, as the association confirmed the release of the Nollywood actor. 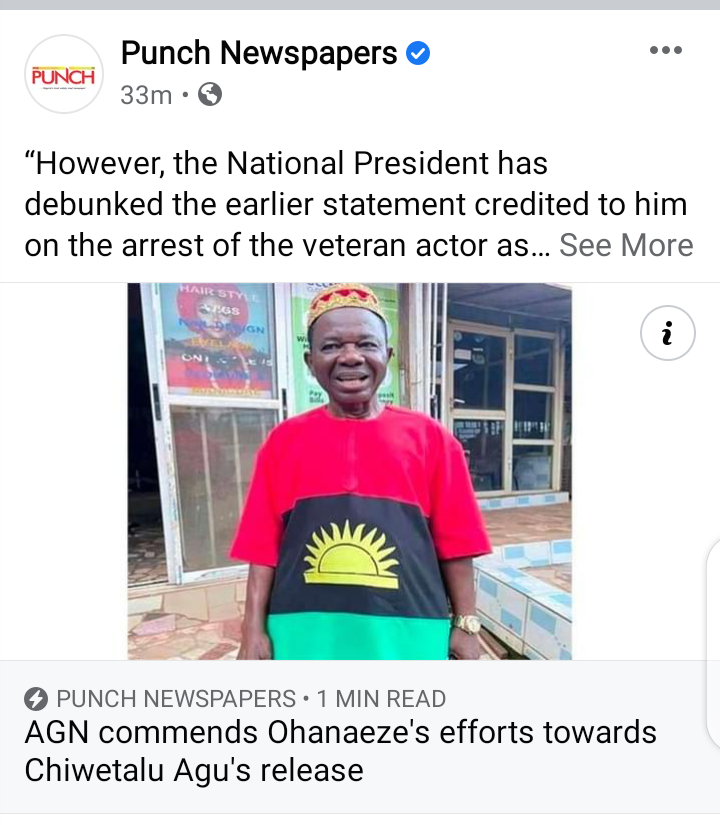 Part of the statement read, “The National President of the Actors Guild of Nigeria, Emeka Rollas, has secured the release of actor Chiwetalu Agu from the custody of the Nigerian Army.

“The Senior Special Assistant on Military Affairs and Inter-Governmental Relations to the President, Steve Eboh, who confirmed the release from the Army Barracks in Enugu, thanked the High Command of Nigerian Army for their cooperation and understanding in the matter.

Ahead of the November 6 Governorship Election in Anambra state, the Independent National Electoral Commission INEC has again warned political parties against resorting to violence and intimidation in their electioneering, saying such could compound the already worse security situation in the state. 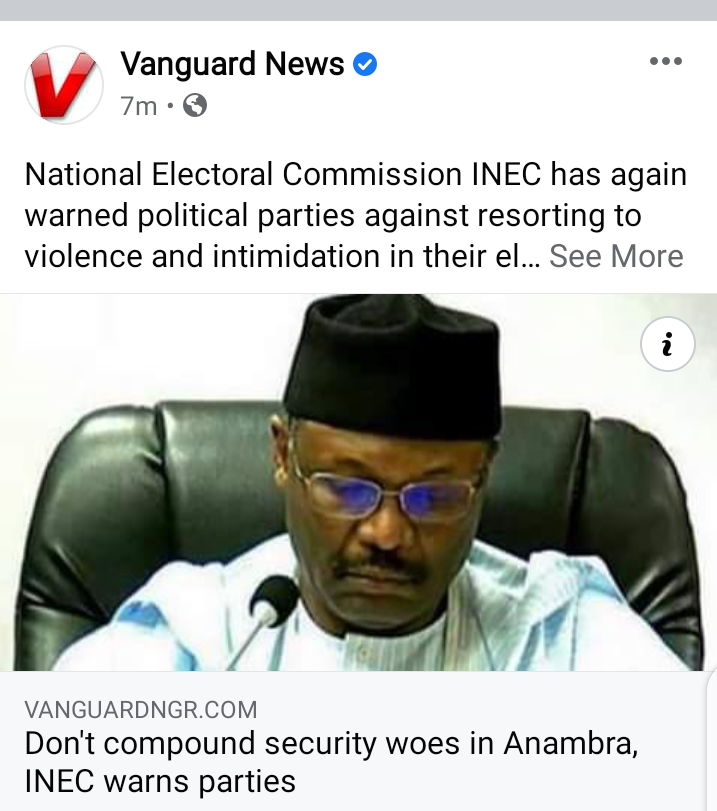 According to him, the number of registered voters in the state has now increased to over 2.5 million.