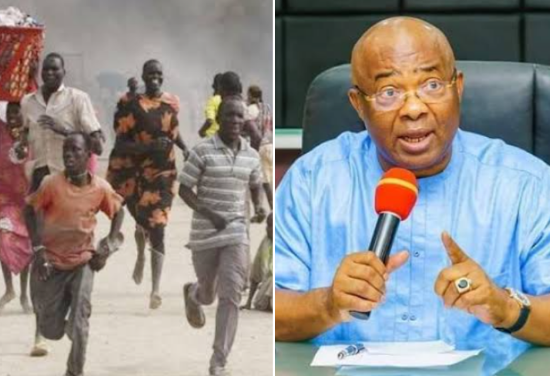 No fewer than 40 persons were on Sunday killed by bandits at the popular and busy Goronyo market in Sokoto State. 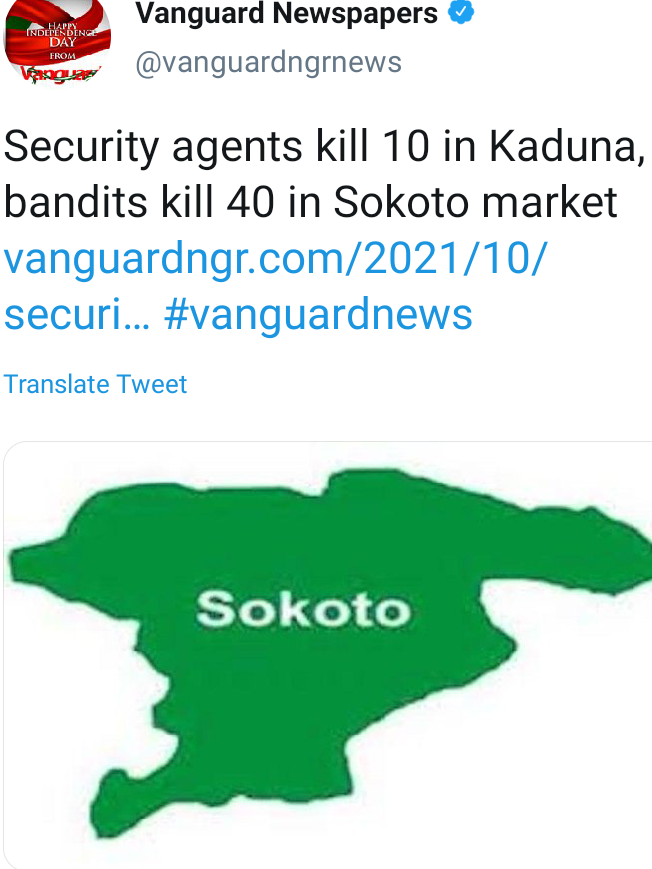 This even as security forces killed 10 bandits hibernating around some flash points in the state and rescued one hostage. 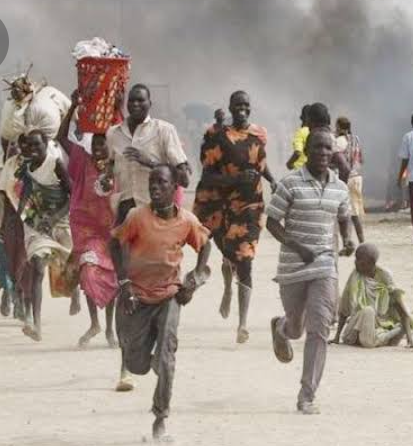 The killings came as President Muhammadu Buhari in his Eid-el-Maulud message to Muslim faithful yesterday, said the military and other security agencies were recording greater successes in the move to combat insecurity across the country. 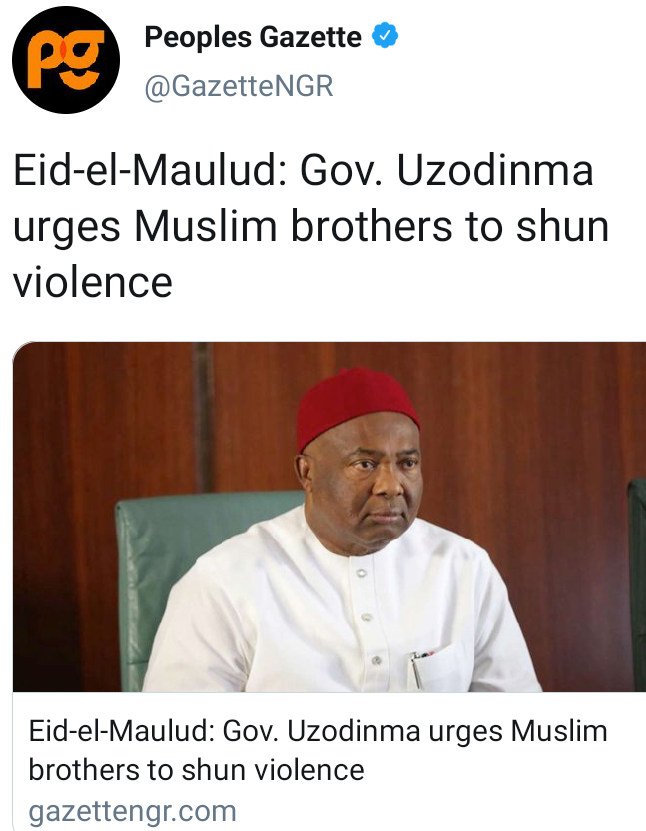 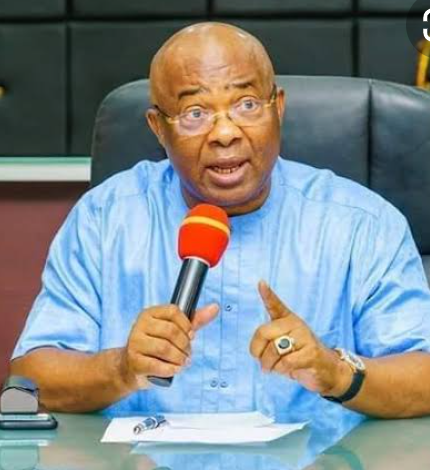 “I urge our Muslim brothers to fervently pray for peace, unity and tolerance in Nigeria and shun every form of violence and lawlessness,” Mr Uzodinma said in a message distributed by his spokesman Oguwike Nwachuku to mark the occasion.

The Speaker, Kogi State House of Assembly Prince Mathew Kolawole has cleared the air on why the 7th Assembly approved N18.7Billion loan sent to the House by Governor Yahaya Bello. 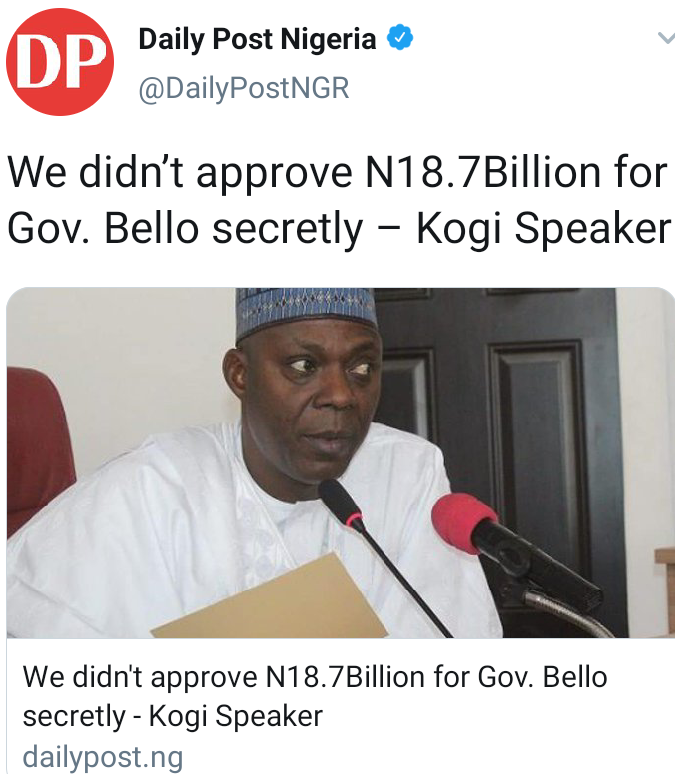 Kolawole debunked an online media report, not ( DAILY POST) that the N18.7billon loan from the Federal Government to Kogi State was secretly approved at the Speaker’s lodge and not the Assembly.

Speaking through his Chief Press Secretary, Femi Olugbemi, on Tuesday, the Speaker noted that the online report was orchestrated to incite the general public and indeed Kogites against the Kogi State Government, Governor Yahaya Bello and the Kogi State House of Assembly.

A group within the Osun state chapter of the All Progressives Congress called ‘Opomulero Osun’ has urged Governor Adegboyega Oyetola and the newly elected state executives of APC to initiate genuine reconciliation within the party. 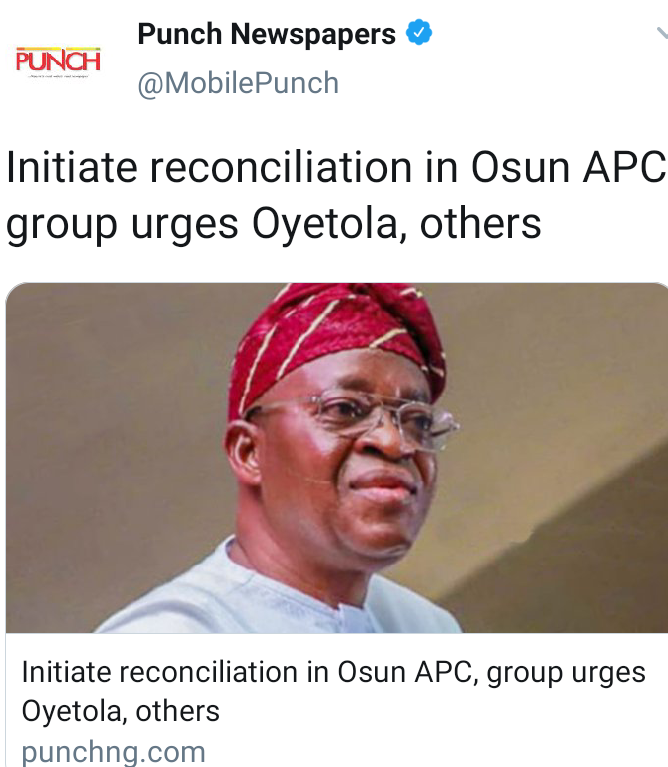 The Public Relations Officer of the group, Sunday Akere, said this in a statement in Osogbo, on Monday.

He said there was need for reconciliation with the current situation, and called on concerned stakeholders to act without further delay.

The group dismissed the purported parallel congress held by The Osun Progressives, a faction within the party in the state, as a ‘political jamboree.’