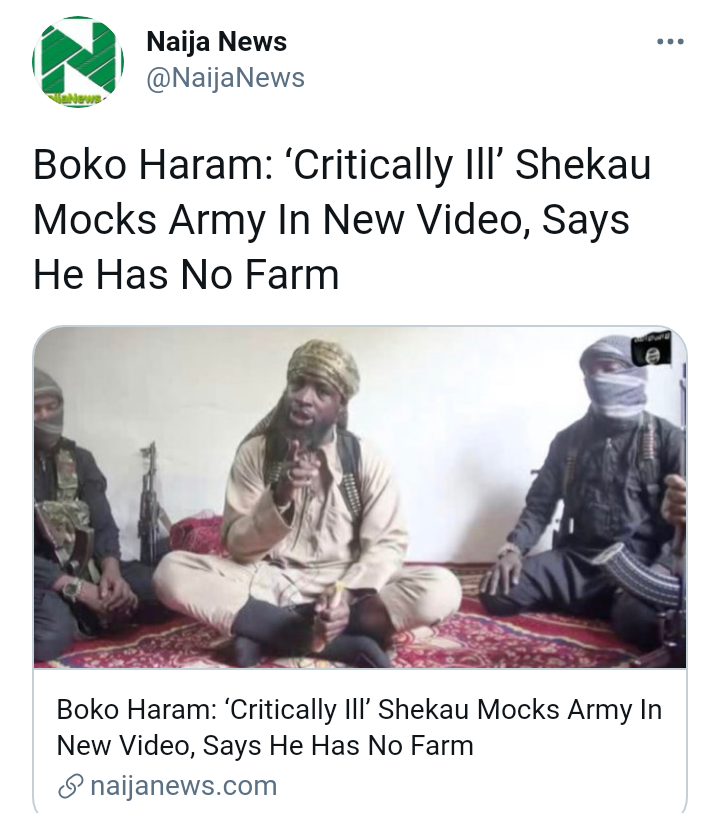 In a video in which only a voice believed to be his could be heard with his pictures and scenes from the North, Shekau who spoke in Hausa claimed responsibility for the bomb explosions that rocked Maiduguri, the Borno State capital on Tuesday.

Shekau said an infiltration team carried out the attacking, stressing that the Nigerian military has failed to put his group in check.

He also dissociated himself from a farm reportedly belonging to him that was recently burnt by the Nigerian military. 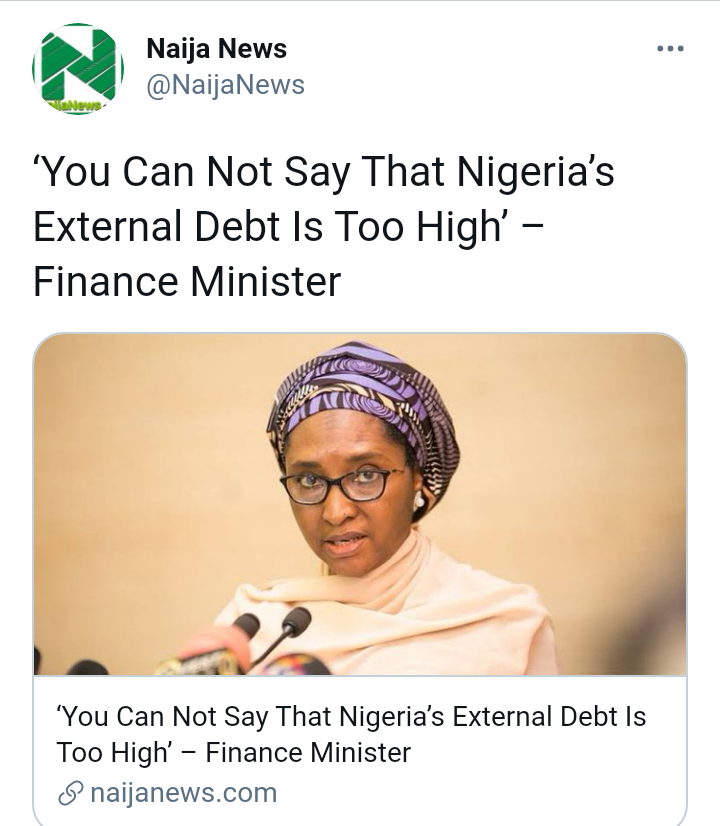 The Federal Government of Nigeria has insisted that the nation’s external debt rate can not be described as unreasonable.

Despite the accrued N31 trillion external debts, the incumbent government in a statement by the Minister of Finance, Budget and National Planning, Zainab Ahmed, said the borrowing by President Muhammadu Buhari’s administration can not be considered too high yet. 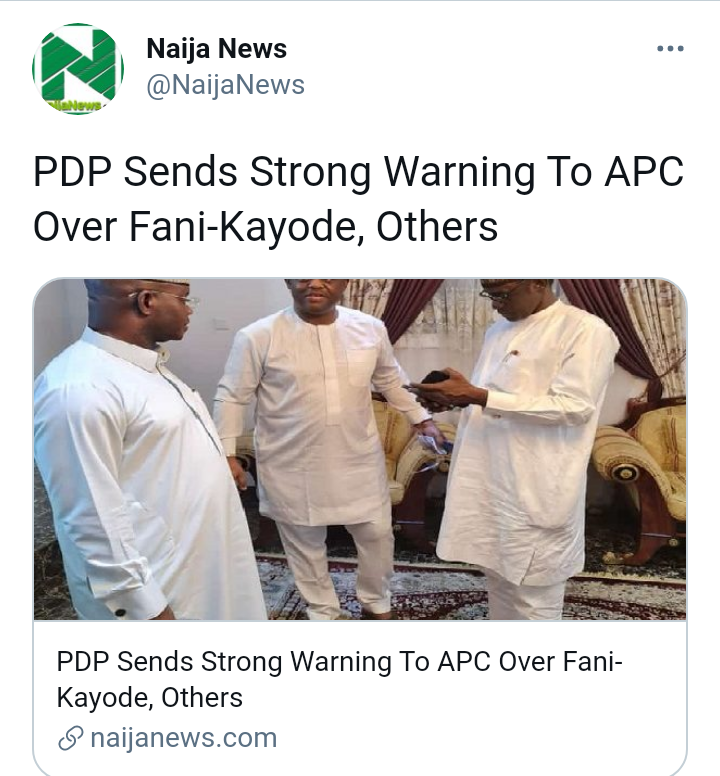 The warning was given by Secondus after a meeting with the former Aviation minister in the administration of ex-President Olusegun Obasanjo.

Secondus and Fani-Kayode was joined at the meeting at his residence by the PDP National Working Committee (NWC). 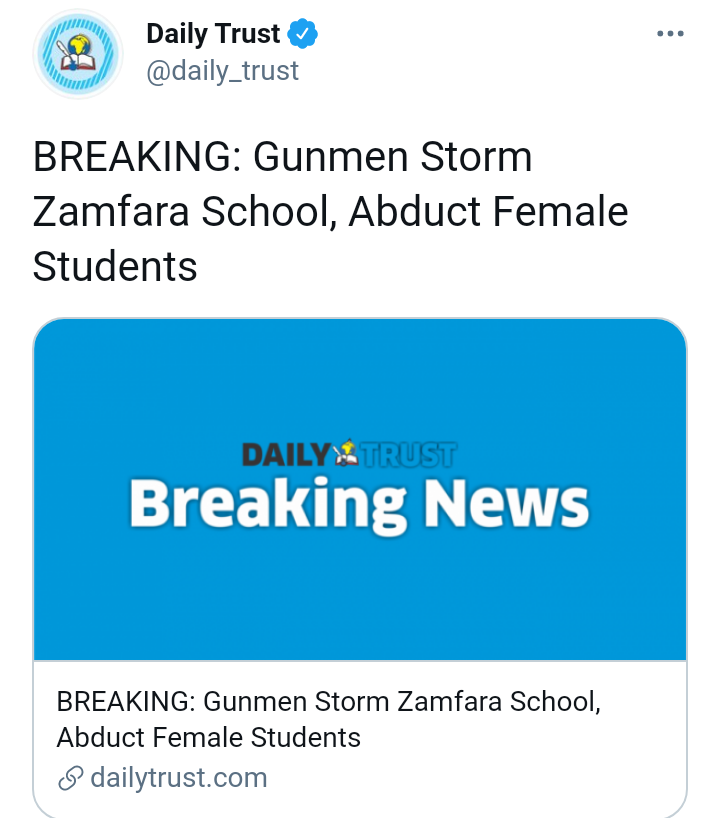 Daily Trust gathered that the incident happened in the early hours of Friday.

A resident of Kawaye village identified as Sadi Kawaye told Daily Trust that his daughters, Mansura and Sakina were among those abducted. 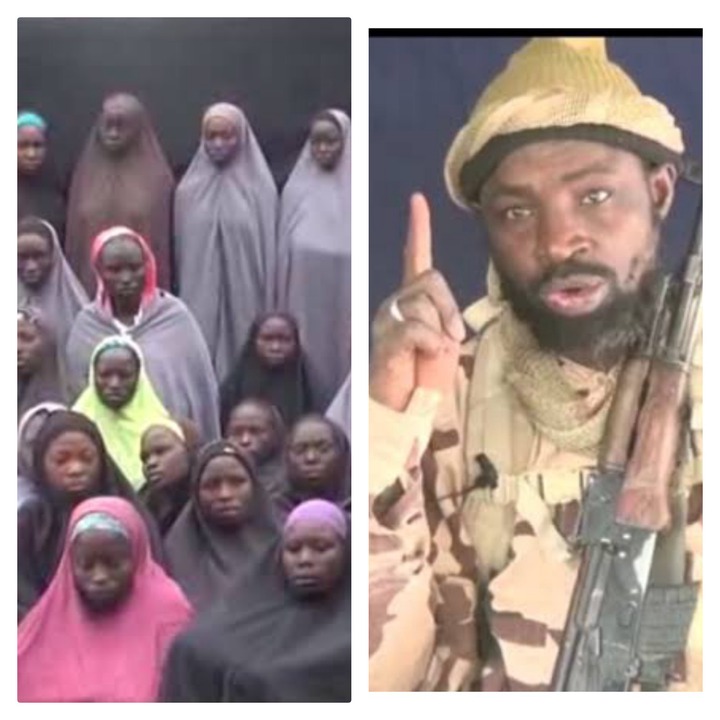 What's your thought on the abduction of the female students in Zamfara?

Do you think that Boko Haram leader, SHEKAU is responsible for this abduction?

2023: If PDP Can Work With Saraki, They Will Get The Best Ahead Of The Election - Pst. Ayodele Says

Tinubu denies distributing bags of rice to Muslims in some states

TODAY'S HEADLINES: Prophet Reveals Vision About 2023 Election, I Did Not Give Rice in North- Tinubu

Have An Owambe Party To Attend? Here Are Some Fascinating Styles You Might Love To Consider

Opinion: Let's See Who The Presidential Cap Fits Among These PDP Gladiators In 2023