On Sept. 3, the Nigerian Government directed one of its regulatory agencies, the Nigerian Communications Commission (NCC) to instruct all telecommunication service providers in the country to shut down telephone services in Zamfara State, Northwest, for two weeks. 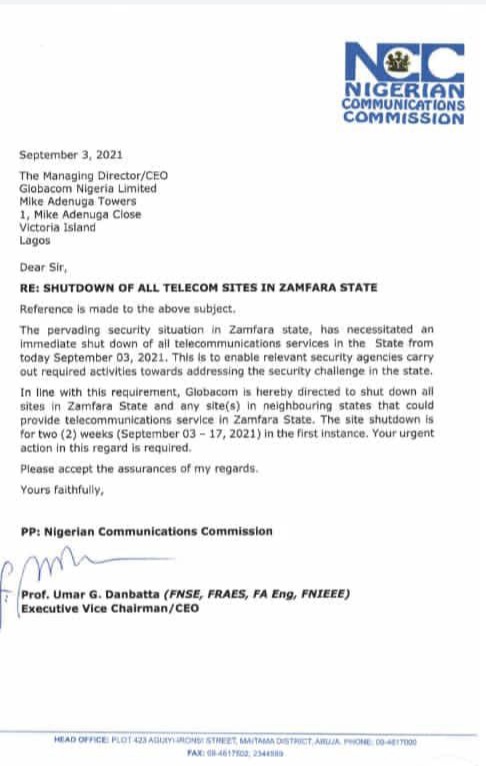 According to the government, the decision was made to step up operations against terrorists in Zamfara and other parts of Northwestern Nigeria who use telecommunication services to plan attacks and arrange ransom payments.

“The pervading security situation in Zamfara State, has necessitated an immediate shutdown of all telecommunications services… for two weeks,” said NCC in a directive.

Zamfara has been one of the worst hit in terms of insecurity in Nigeria with two reported cases of school abductions in less than a year. Thousands of villagers have also fled their homes to other locations and farmers are unable to cultivate their lands, pushing Nigeria to what experts described as a looming food insecurity.

There were numerous successful attempts to track down and capture terrorists using GSM monitoring techniques, but because of their enormous number, it was impossible to track them all down. The suspension of mobile communications was meant to prevent terrorists from collaborating with others.

However, the decision to restrict mobile phone communications in Zamfara has affected over two million subscribers in the state and turned their lives upside down.

Despite being one of Nigeria’s poorest states, the 9.2 million inhabitants in Zamfara have 2.3 million linked telephone lines, and 1.6 million of them use their active lines to access the internet, according to the National Bureau of Statistics (NBC).

This is not the first time the Nigerian Government has cut off mobile connection owing to insecurity; a similar action was adopted to combat Boko Haram insurgents in the Northeast. Boko Haram terrorists reportedly used telephone networks to communicate, re-group, and reinforce in 2013.

The Nigerian military is reportedly intensifying attacks against the terrorists in Zamfara State to force them to one location in a similar strategy that drove Boko Haram terrorists to Sambisa forest in Borno State.

With insecurity at an all-time high in Zamfara, Sulaiman Saudat expressed anxiety that she couldn’t contact her brother, who was sent to a National Youth Service Corps (NYSC) camp in the state’s Tsafe Local Government Area (LGA). 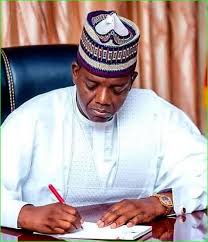 The presence of military officers who train the corps members for about a month before deploying them to other regions where they serve the country makes the NYSC camps presumably secure. The recent kidnapping of soldiers from the Nigerian Defence Academy (NDA) in Kaduna has shown, however, that targeting the NYSC camp is not impossible.

For Rabe, a trader in Kano, whose relatives live in one of Zamfara communities, the blackout prevents him from knowing if his families are safe or under attack.

“My family is there, in the village, and I have no idea what is happening to them,” he explained. “Even if they do require something from me, there will be no way for me to know their demands immediately,” he added.

Rabe sells “gurasa” (local bread) in Kano where he spends months before returning to Zamfara to see his family, including his pregnant wife. However, he always communicates with them to learn about their conditions and the level of insecurity in their neighbourhood.

Due to the increased insecurity in Zamfara and neighbouring states, merchants who travel to Kano city to buy and sell to their local consumers, using WhatsApp to connect with wholesalers, are now at constraints.

Due to the mobile communications outage they cannot communicate with wholesalers. “They have to go back to the old ways,” said Abba Danlami, a merchant in Kano State’s Kwari textile market. “They should just drive to Kano and buy products there.”

However, this is also hazardous. The roads connecting Zamfara and Kano states are generally unsafe. Terrorists had ambushed a convoy carrying a politician returning from the state to Kano a few months ago. Another lawmaker was assaulted while attempting to transport his son to a hospital in Kano.

The Nigerian government stated that the mobile phone blackout is temporary for two weeks to crack down on terrorists, and, according to experts, it will have a short impact on businesses that rely on telephone communication. 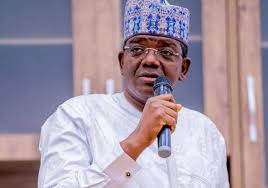 Although the policy may increase hardship, some people believe the blackout should be accepted by Zamfara Zamfara to ensure the success of the offensive against the terrorists.

“State governments imposing additional hardships on communities must know that the measures they are introducing must produce tangible results within a period that makes them meaningful and tolerable,” said Hakeem Baba Ahmed, Director, Publicity and Advocacy of the Northern Elders Forum.q