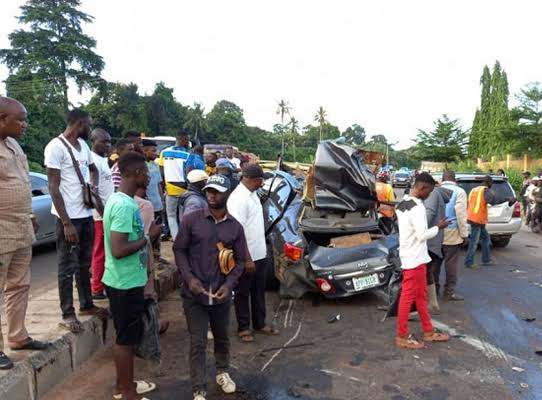 At least two persons lost their lives in a deadly crash which occured Airport Road, Oba-Ile in Akure, Ondo State. The deadly accident involved a Toyota Corolla and a bullion van. According to the Federal Road Safety Corps, a total of six individuals were involved in the unfortunate accident while two people lost their lives. Preliminary investigation disclosed that three female and three males were involved in the accident. However, a male and a female died as a result of the life-threatening injuries they sustained in the crash.

Shortly after the accident, passersby and officials of FRSC managed to rescue four individuals who were immediately rushed to Joe Jane Hospital. The dead bodies of the deceased persons were deposited at the hospital's mortuary. According to terrified eyewitness who saw the whole incident, the Toyota Corolla was coming from Akure and suddenly lost control as a result of speeding beyond recommended limits. 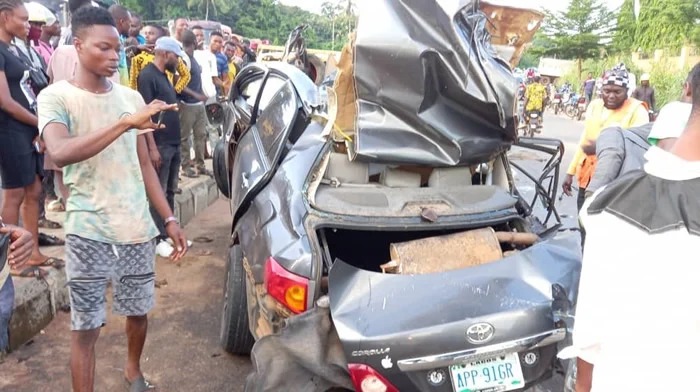