Mixed reactions as 107 inmates returned to Imo Prison after the escape of 1,844 inmates

By BeepMedia (self meida writer) | 1 months

The Nigerian Correctional Service has reported that 107 fleeing inmates have returned or been arrested since their escape from the Owerri facility, with more expected.

On Monday, the NCS National Public Relations Officer, Francis Enobore, confirmed this to SaharaReporters, saying that the service believed that by releasing the photographs and bio-data of the fleeing inmates, more inmates would return. 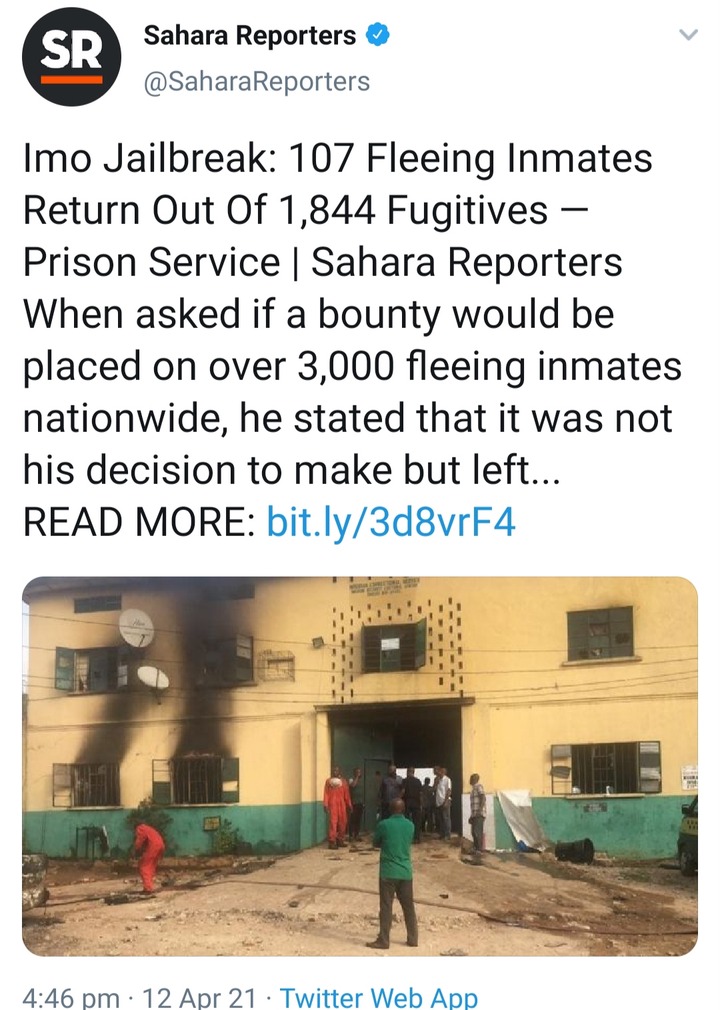 When asked if a bounty would be placed on over 3,000 fleeing inmates across the country, he said it was up to the authorities to decide.

“This is the approach we're taking – we're asking for the public's help in re-arresting these people,” Enobore said. Otherwise, they may pose a threat to everyone. I'd like to tell you that your strategy is working. 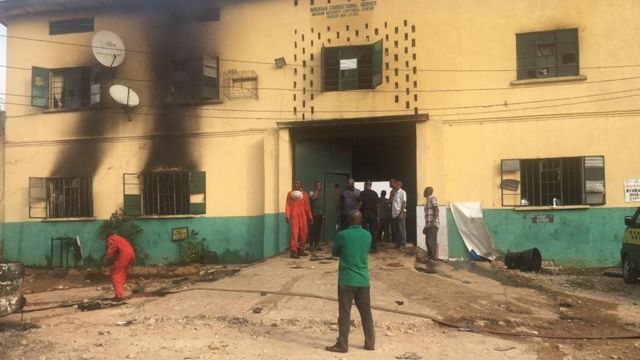 “The number of returned inmates in Imo has risen to 107 as of this morning. Some returned voluntarily, while others were apprehended by security forces. The Nigerian Air Force had previously arrested 11 people. We've sent them a message that being a fugitive for the rest of their lives doesn't pay. We have their contact information. The criminals simply burned ordinary papers in our office, but their information is stored on our computers.”

See some mixed reactions below;

According to NCS, 85 of the fugitive inmates returned last Thursday.

When You Want To Punish Your Haters, Don't Go And Plot Their Downfall - Reno Omokri