According to a news that was posted by the Nigerian Tribune yesterday evening, it has been alleged that the men of Nigeria Security And Civil Defence Corps have successfully arrested six suspected cultists, who were on revenge mission in Ilorin, the Kwara State capital.

In the information that was given, it was made known that during the just concluded Ramadan Fasting, some boys who were members of Aye Cult group were attacked by Abata boys and were seriously wounded and in order to avenge for their members that were wounded, Aye cult group and the Abata boys decided to meet at Dada Area in Okele in Ilorin to face each other.

However, while the battle was going, operatives of NSCDC got information about the attack and swung into action immediately, as the commander revealed it that it was a tough battle but, six of them were arrested while others fled the scene.

It was made known that five of the suspects are from Ilorin, except Saheed Samad who is from Oyo State and that, they were all arrested on the 15th of May, 2021 around 10am in the morning. 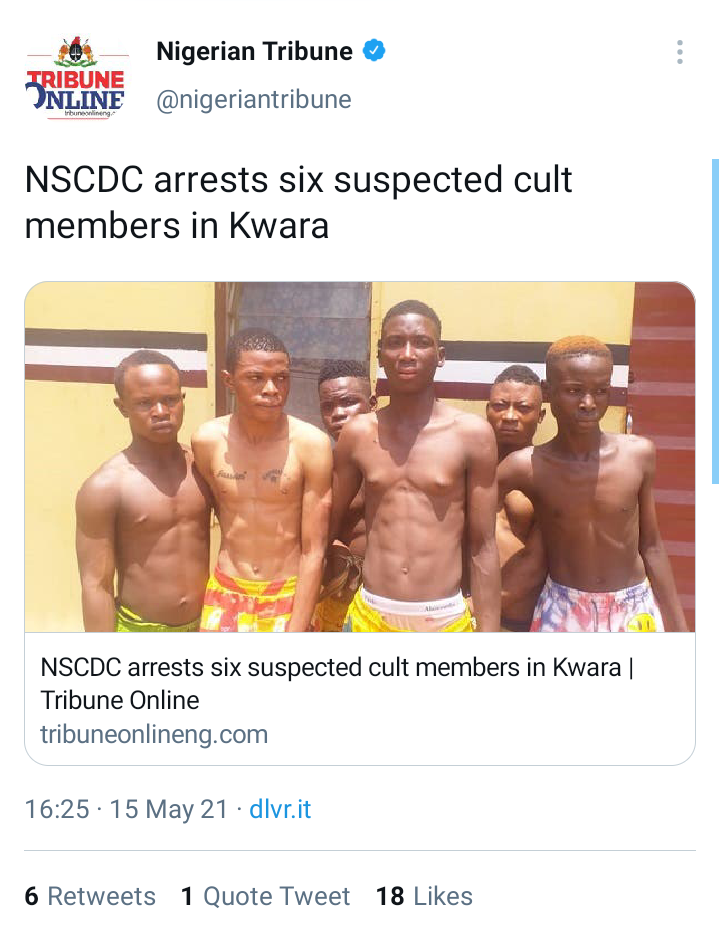 Chelsea Are Set To Offer Inter Milan, £60 Million Plus A Top Right Back To Sign Achraf Hakimi.

2025: 6 Young Players Who Might Likely Win The Ballon D'or Award In 4 Years To Come.

Glimour Makes His First Euro 2021 Start, Check Out What He Got For Outstanding Performance