By Sourcementor (self media writer) | 4 months ago 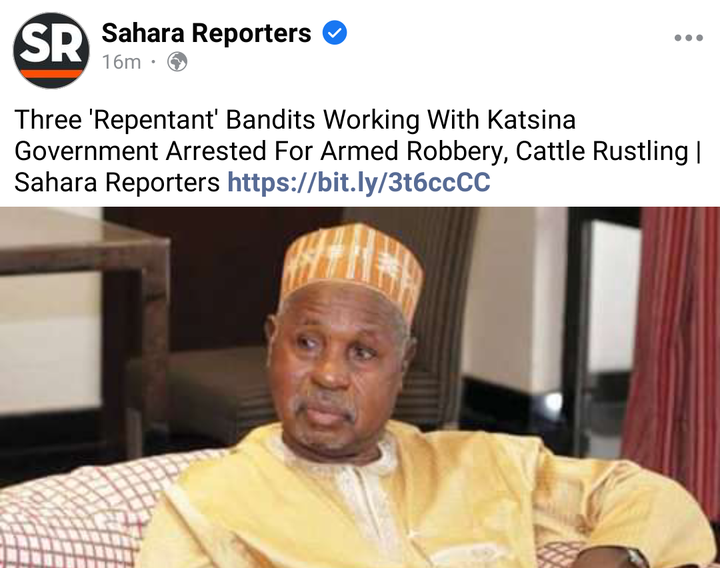 The Katsina State Police Command says it has arrested three repentant bandits for robbery and cattle rustling in the Ingawa Local Government Area of the state.

The command’s spokesman, Gambo Isah, told journalists at the police headquarters, Katsina, that the trio allegedly attacked a herdsman, Alhaji Gide Suleiman, on August 11, 2021, at Dammarke forest, in the Ingawa Local Government Area of the state.

He said the men rustled 20 cows valued at N7.5 million from him.

According to him, the suspects were among the 'repentant' bandits now working with the state government. 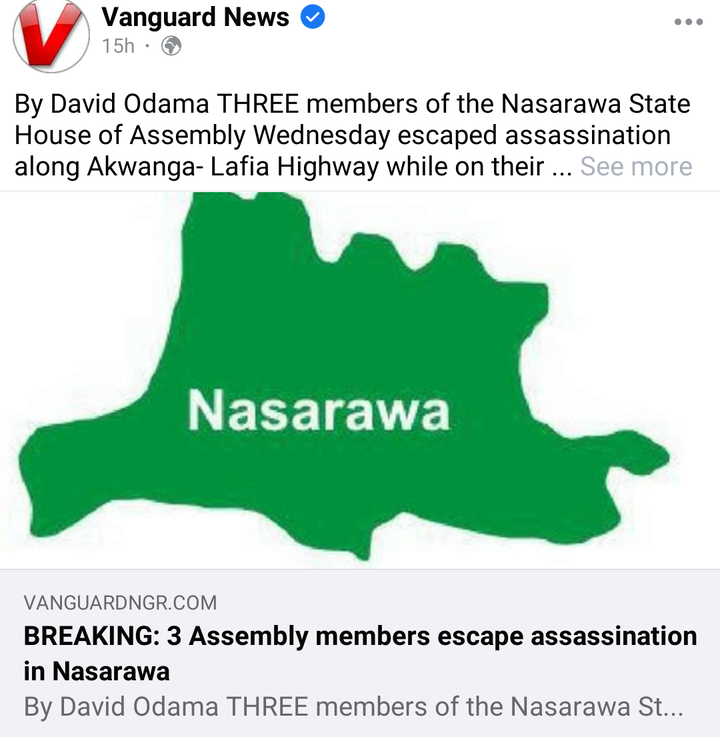 Three members of the Nasarawa State House of Assembly Wednesday escaped assassination along Akwanga- Lafia Highway while on their way from a burial ceremony.

Those involved in the attack at about 10 am Wednesday were Hon Samuel Tsebe (APC- Akwanga South), Hon David Maiyaki (APC- Karu/ Gitata), and Hon Peter Akwanga.

It was learned that the gun target was on the vehicle of Hon Tsebe as Hon Akwe was in his car ahead followed by Hon Maiyaki, who was also in his car. Hon Tsebe was coming behind in his car when the assassins shot at his car.

Hon Samuel Tsebe (APC- Akwanga South) expressed gratitude to God for saving his life and that of his colleagues. 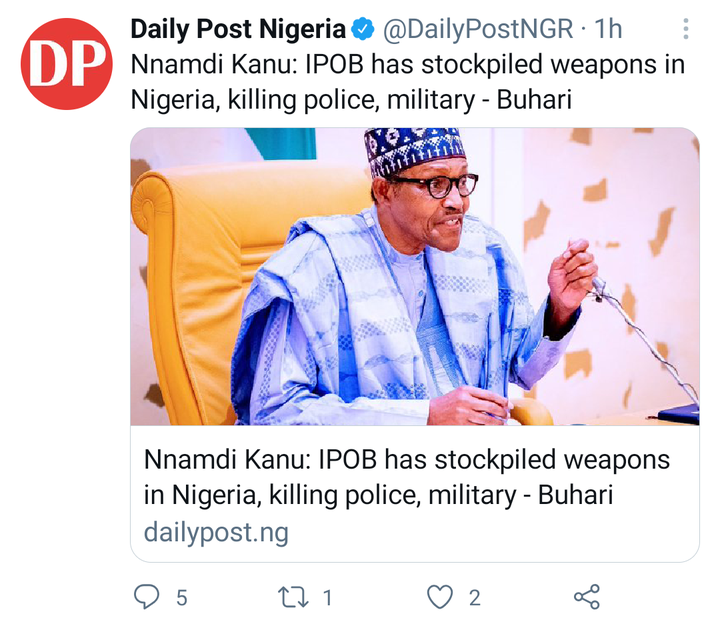 President Muhammadu Buhari has accused the Indigenous People of Biafra, IPOB, of stockpiling weapons across Nigeria.

He stated this in response to claims by the Amnesty International on human rights violation in the Southeast.

Shehu, in a statement issued on Wednesday, lamented that Amnesty International was defending IPOB which is a terrorist group.

He accused Amnesty International of backing a terrorist organisation against victims of IPOB.