Herdsmen attack a community, kill a woman in her farmland, in Enugu

A woman has been killed in her farmland, in Enugu, by armed Fulani herdsmen. The attack happened at Ugwujoro Nimbo, in Uzo-Uwani Local Government Area, Enugu State. 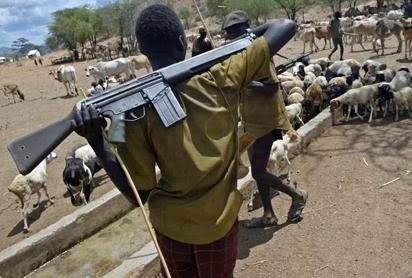 According to the report, the deceased popularly known as Oyee Eze, was working in her farmland with her daughter, when the herdsmen invaded the area. The woman’s daughter called the attention of her mother, after she saw the armed herdsmen, after which she ran away, to call the attention of the villagers.

Vanguard reported that the woman wanted run away, but the herdsmen shot her in the back, and used cutlass to cut off her head. The dead body was later taken to Faith Foundation Hospital, in Nsukka.

A source said that attackers also used object to smash the deceased’s head. The source said before they could get to scene, the herders have fled with their cattle, into nearby bushes.

Confirming the incident, the spokesperson of the state police command, Daniel Ndukwe, said the police has commenced investigation into to the matter.

Meanwhile, the South East Chairman of the Miyetti Allah Cattle Breeders Association, Alhaji Gidado Siddiki, said the members of the association are not responsible for the attack.