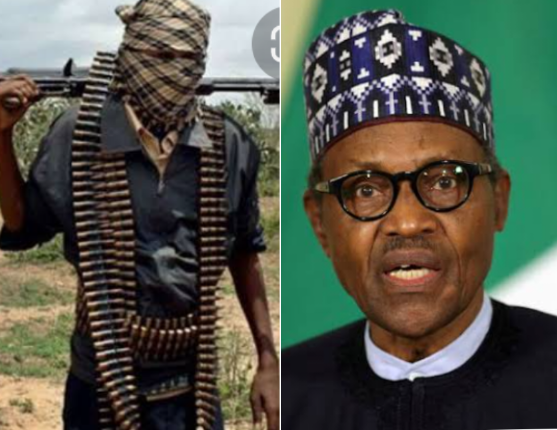 Terrorists in the early hours of Tuesday killed three persons and kidnapped seven others, including a secondary school principal, at Yar Tafki and Unguwar Isiyaka villages under Funtua Local Government Area of Katsina State. 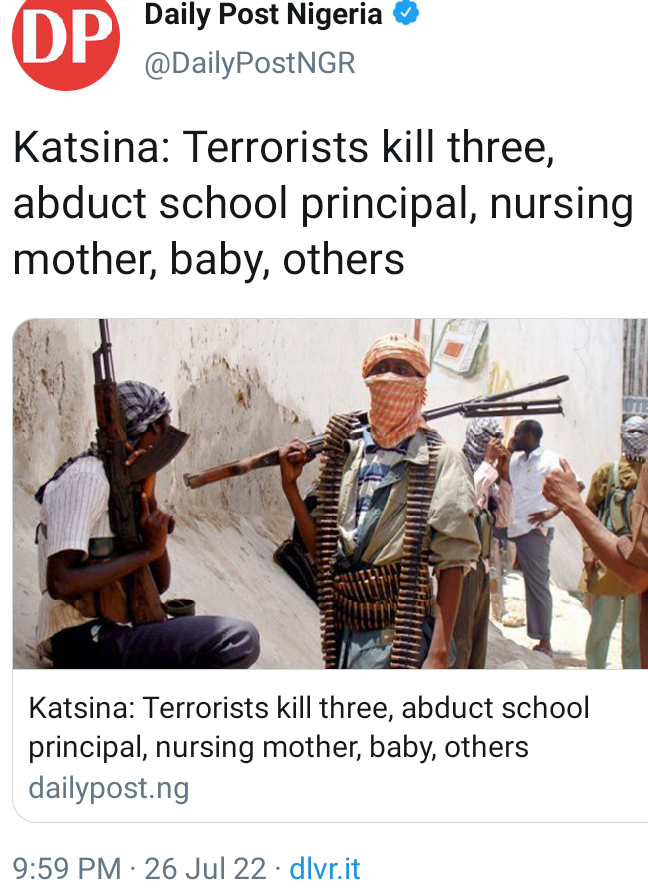 DAILY POST learnt that aside from killing three persons, the assailants abducted the Principal of Government Secondary School, Makera, alongside a 35-year-old nursing mother and her 17-month-old baby from Yar Tafki village and four others from Unguwar Isiyaka village, including the ward head.

The President, Major General Muhammadu Buhari (retd), arrived at his official residence at the State House, Abuja, on Tuesday at 09:00 pm. 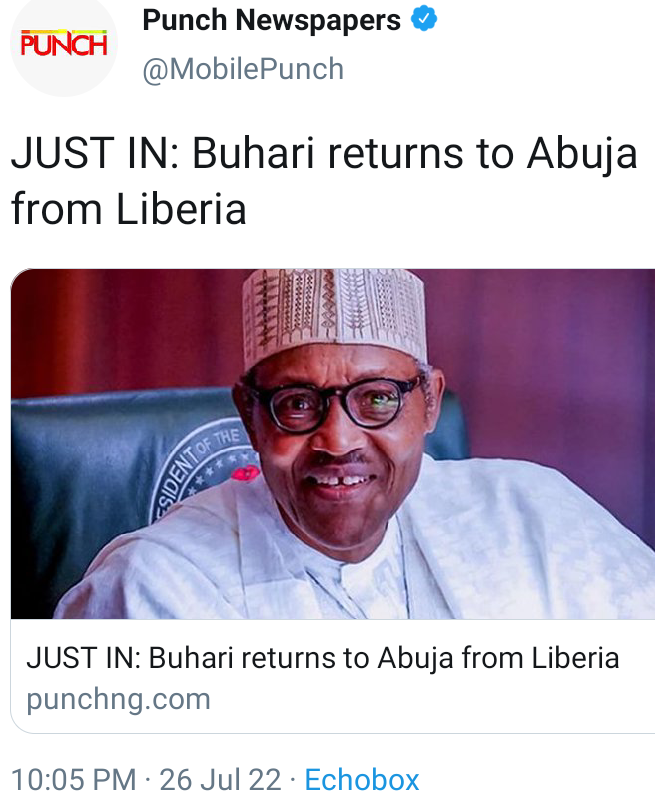 Our correspondent who was on the ground spotted a retinue of escorts conveying Buhari into the premises from the Nnamdi Azikiwe International Airport, Abuja.

Hours earlier, The President had been in Liberia where he was a Special Guest at the country’s 175th independence anniversary.

Governor Samuel Ortom of Benue State, Tuesday asked the Federal Government to account for the One billion Dollars security funds jointly contributed by the 36 states of the federation to fight insurgency giving the worsening insecurity in the country. 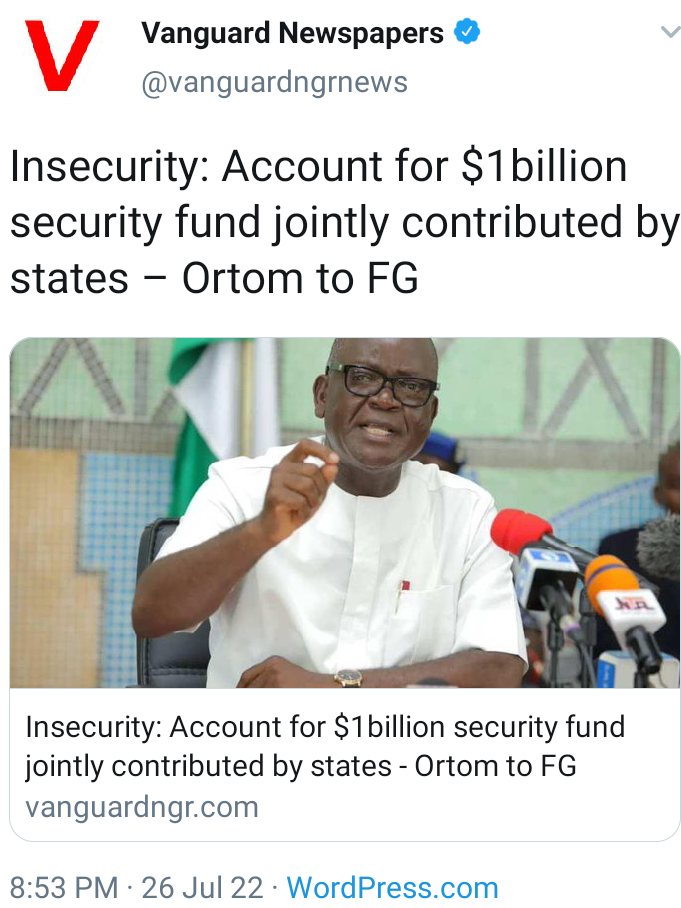 The Governor who wondered what the Federal Government had done with the money that insecurity had continued to escalate across the country mandated the State Deputy Governor, Benson Abounu who represented him at a virtual meeting of the Nigerian Governors Forum, NGF to seek clarifications on the matter.

Buhari Exposed To Be Toothless, Sooner Or Later He Can Also Be Kidnapped Like Other Nigerians – Former President’s Ally, Galadima

A former ally of President Muhammadu Buhari and former chieftain of the ruling All Progressives Congress (APC), Buba Galadima, has said that the security situation in Nigeria has proved that Buhari knows nothing and cannot do anything to stop terrorism and banditry in the country. 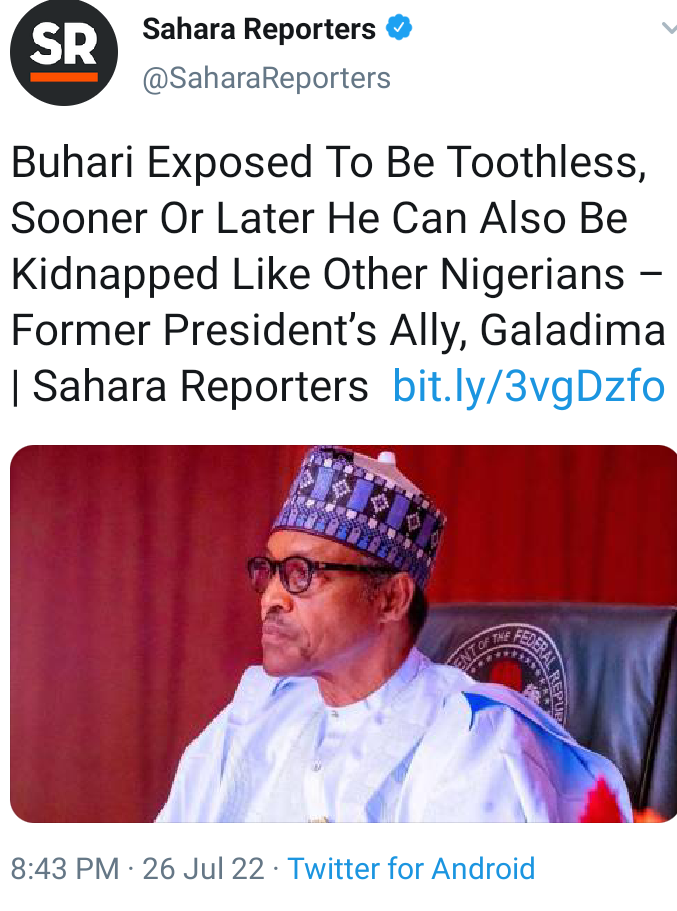 During an interview with BBC Hausa, Galadima, now a chieftain of the New Nigeria Peoples Party (NNPP), said with the lingering insecurity in Nigeria, Buhari may soon be kidnapped by terrorists.

Speaking on the state of insecurity in Nigeria, Galadima said in Hausa, as translated by Daily Trust, “These bandits are disdainful to the Buhari administration. At the beginning of the government, everybody was scared of him (Buhari); expected him to be brave before he was now exposed to be toothless.