Peacemaker stabbed to death in Lagos bar, while he was trying to separate two customers fighting

By JosephAkintunde (self media writer) | 10 months ago 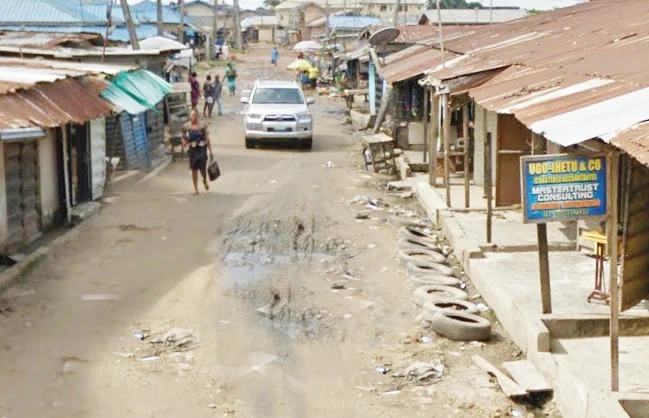 A man identified as Aminu Yusuf has been killed after he tried to separate two people from fighting in a bar. The incident happened in Volks, at the Ojo local government area of Lagos. A man, Jones Ogelejeme and a yet to be identified man were drinking in a bar when a fight between them broke out. The two men started fighting and instead of Aminu minding his business, he decided to help with the fight and separate them.

There are lessons to learn from this incident. We need to be careful, instead of joining in a fight that doesn't concern us, we should just observe. Yusuf was not guilty, he only wanted to help with the fight but he met his doom at the end of the day. He died being a peacemaker and that's very discouraging. It's good to be a peacemaker but we should be careful. People get angry unnecessarily and they fight anyhow when angry. 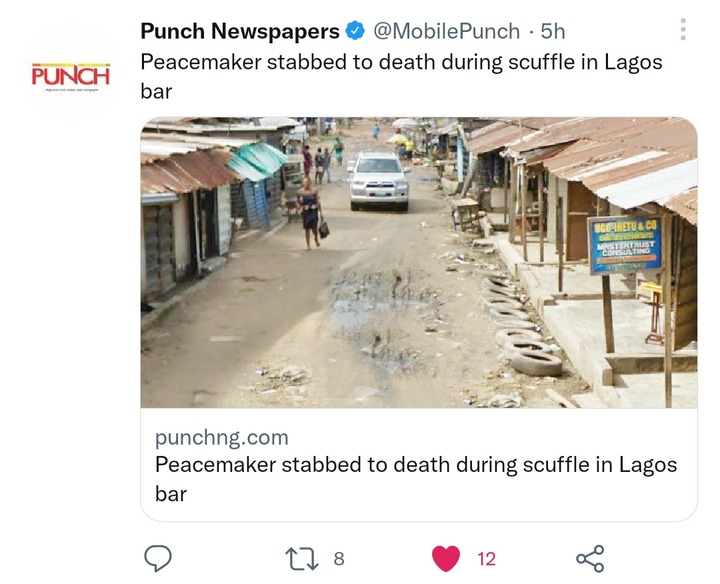